The coronavirus outbreak is adding to the plight of imprisoned women’s rights defenders in Iran. 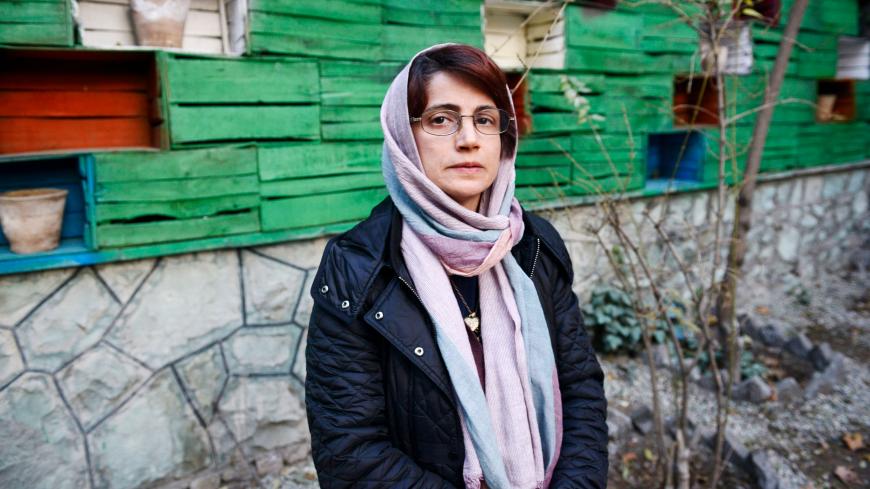 In March, Iran became the epicenter of the coronavirus outbreak in the Middle East. From the early days of the crisis, the country was criticized for both mismanagement and manipulation of data for political ends. Especially troubling has been the government’s persistence in keeping political inmates locked up despite the imminent threat of an outbreak in prisons.

There are many men and women behind bars today for political activism and for advocating for human rights in Iran. With the outbreak, the situation has become one of life and death. Iran had already released around 85,000 “low-level” detainees. But despite the dangers, most political prisoners remain in detention.

Last week, 13 United Nations human rights experts called on Iran to “expand its temporary release of thousands of detainees to include prisoners of conscience.” The experts specifically mentioned two iconic women’s rights defenders — Nasrin Sotoudeh and Narges Mohammadi — who are now essentially detained in an incubator for infections, magnifying the cruelty of their already-unjust imprisonment.

Sotoudeh is probably the most internationally renowned prisoner of conscience in Iran. As one of the most prominent human rights lawyers in the country, she has been involved in many high-profile legal cases. In addition to representing political activists, she has defended women protesting against having to wear the mandatory Islamic headscarf. There are always consequences for rights defenders in Iran, and not surprisingly, she has faced serious challenges during her career. In 2011, she was sentenced to 11 years in prison and banned from practicing law and leaving the country for 20 years. Although the court of appeals reduced her sentence to six years and her practice ban to 10 years, the judiciary wanted to make an example out of her. A mother of two, Sotoudeh was freed after three years only to be arrested again in June 2018 and charged with spying, spreading propaganda and insulting Iran’s supreme leader. This time she was given 148 lashes and a total sentence of 38 years, 12 years of which she is required to serve.

In March, just before the Iranian New Year, Sotoudeh started a hunger strike, demanding the release of political prisoners during the coronavirus outbreak. In a statement from Evin Prison in Tehran, she said, “The same military and intelligence agencies that compromise the safety of this nation with their antagonistic policies are insisting on keeping the political prisoners in prisons until the horrors of this health crisis spread to their lives and impact their families as well.”

Mohammadi, a prominent activist and vice president of the Defenders of Human Rights Center, which is led by Nobel Peace Prize laureate Shirin Ebadi, has been serving a 16-year sentence since 2015 for engaging in peaceful human rights activism. She is not eligible for release before serving 10 years.

Known for her resilience and determination, Mohammadi did not give up her human rights activism in jail. She and seven other inmates waged a sit-in inside Evin Prison to express solidarity with families mourning the protesters killed in Iran's November uprising. She also issued an open statement condemning the authorities for the killings and the abusive treatment of new detainees arriving in the prison in the aftermath of November’s crackdown.

Her activism in prison was noticed, and she was punished for it. In December, she was taken from the Evin facility and exiled to a prison in the city of Zanjan, which is more than 300 kilometers (186 miles) from Tehran. She is kept with general population inmates in an overcrowded room with no ventilation. Her move to Zanjan coincided with the coronavirus outbreak in the country, which is particularly dangerous for her as she suffers from both gastrointestinal and lung problems. Her mother, Ozra Bazargan, reacted to this alarming development by writing a letter to judiciary chief Ebrahim Raisi warning about the life-threatening situation facing her daughter. Yet along with Sotoudeh and many other rights defenders, Mohammadi remains behind bars during these difficult days.

In addition to the 85,000 inmates Iranian authorities have already temporarily released since the beginning of the coronavirus pandemic in order to reduce the pressure in overcrowded prisons, around 10,000 inmates were pardoned before the Iranian New Year. Although some political prisoners have been released, the vast majority are still behind bars. When the pandemic began and questions were raised about the dangers facing prisoners, authorities made it clear they would not release any political prisoner serving anything longer than a five-year sentence. Since a significant number of political prisoners, including Sotoudeh and Mohammadi, have long sentences, they are unlikely to qualify for a temporary release. As if the harsh prison sentences were not enough, now these political prisoners are facing an invisible killer, which is only adding to their physical and psychological predicaments.

Why is the government so reluctant to release political prisoners? The answer lies in its legitimacy crisis that has resulted from political gridlock, widespread corruption, a paralyzing economic situation and the security establishment’s excessive use of violence to curb the recent anti-state protests. The coronavirus pandemic and its devastating socio-economic implications have only added to the state’s anxieties about maintaining order. Given the history of political prisoners such as Sotoudeh and Mohammadi, they would be likely to publicly criticize the government upon their release.

Authorities fear losing control during this pressure-filled time. Both the insecurities of a government trying to maintain its grip and the current socio-political situation have created obstacles for political prisoners to qualify for a temporary release. Despite the government’s claims, there is no reliable evidence in place to suggest that the coronavirus is under control, and prisoners are particularly vulnerable.