President Donald Trump and President Recep Tayyip Erdogan discussed the COVID-19 pandemic on Sunday as the coronavirus rapidly spreads through both countries. 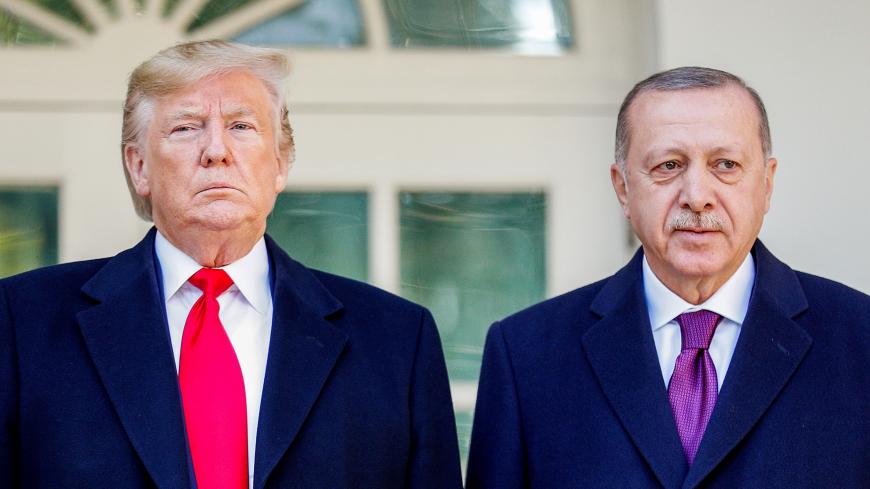 President Donald Trump and President Recep Tayyip Erdogan discussed the COVID-19 pandemic on Sunday as the coronavirus rapidly spreads through both countries.

Why it matters:  Turkey recently surpassed China in recorded coronavirus cases, with more than 86,000 confirmed infections and some 2,000 deaths as of Monday. The United States and Turkey have the first and seventh most infections in the world, respectively.

While certain Turkish institutions such as schools remain closed, Erdogan’s government has avoided implementing a total lockdown so far. Turkey has instated weekend curfews, but even that measure was not without incident — as Interior Minister Suleyman Soylu’s last-minute announcement earlier this month prompted panicked Turks to throng the streets to buy last-minute emergency items, likely accelerating the virus’ spread. (Erdogan refused to accept Soylu’s resignation after the incident.)

What’s next:  The Turkish economy was already struggling before the pandemic, which has exacerbated the crisis. Ankara has ruled out an International Monetary Fund loan. But Reuters reported earlier this month that Turkey has initiated talks with the United States to secure a currency swap line with the Federal Reserve.

Know more:  Erdogan is also using the pandemic to crack down on the opposition Republican People’s Party (CHP). Senior correspondent Amberin Zaman reports that Turkey’s Interior Ministry has launched an investigation into CHP Mayor Ekrem Imamoglu of Istanbul over his fundraising initiative to aid in the COVID-19 response.