The US 5th Fleet in the Persian Gulf said today that 11 Iranian vessels “repeatedly conducted dangerous and harassing approaches against multiple US naval ships operating in international waters.” 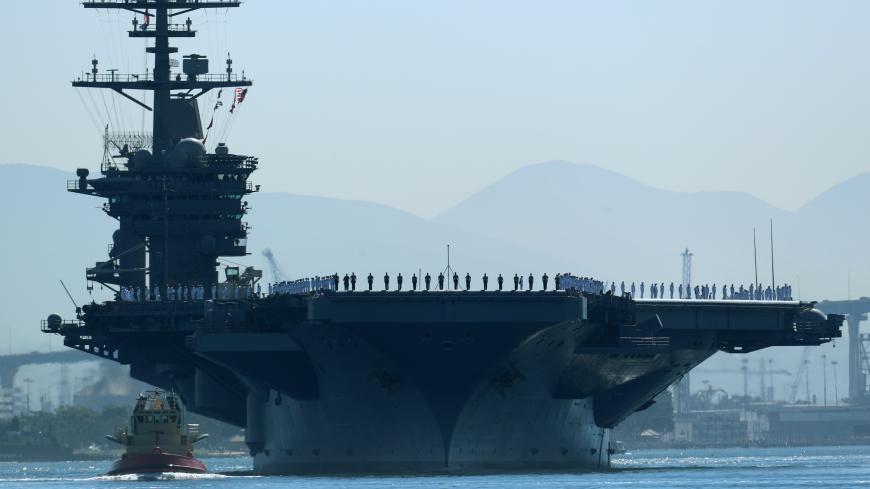 The US 5th Fleet in the Persian Gulf said today that 11 Iranian vessels “repeatedly conducted dangerous and harassing approaches against multiple US naval ships operating in international waters.”

“The [Islamic Revolutionary Guard Corps Navy] vessels repeatedly crossed the bows and sterns of the US vessels at extremely close range and high speeds,” the US Navy said in a statement. The 11 Iranian vessels came within an unsafe range of six American ships, including within 10 yards of the US Coast Guard cutter Maui. No injuries were reported.

Why it matters: Tensions between the United States and Iran have continued to flare up across the region despite the fact that both countries are mired in the fight against the coronavirus pandemic. President Donald Trump publicly warned Tehran against attacking US troops and assets in Iraq earlier this month. And last month a rocket attack on a US base in Iraq killed a US soldier, a US airman and a British servicewoman, prompting Trump to retaliate by bombing the Iran-backed Kataib Hezbollah militia. The back-and-forth has persisted since December, and Trump went so far as to order a strike that killed Iranian Maj. Gen. Qasem Soleimani while the Quds Force commander was visiting Baghdad in January.

What’s next: In addition to the military tension, Tehran and Washington are locked in a battle over biting US sanctions. Iran has called for sanctions relief as it combats the COVID-19 pandemic. Medical supplies are not subject to sanctions under humanitarian exemptions. However, the Trump administration has instead stepped up the sanctions and is blocking Iran’s $5 billion emergency request for an International Monetary Fund loan to help fight COVID-19.

Know more: Read Congressional Correspondent Bryant Harris’ account of how the COVID-19 pandemic has raised the stakes over the Iran sanctions debate.