With the Palestinian Authority's declaration of a state of emergency to fight the coronavirus pandemic, the Palestine Exchange has closed, without convincing everyone of the economic necessity. 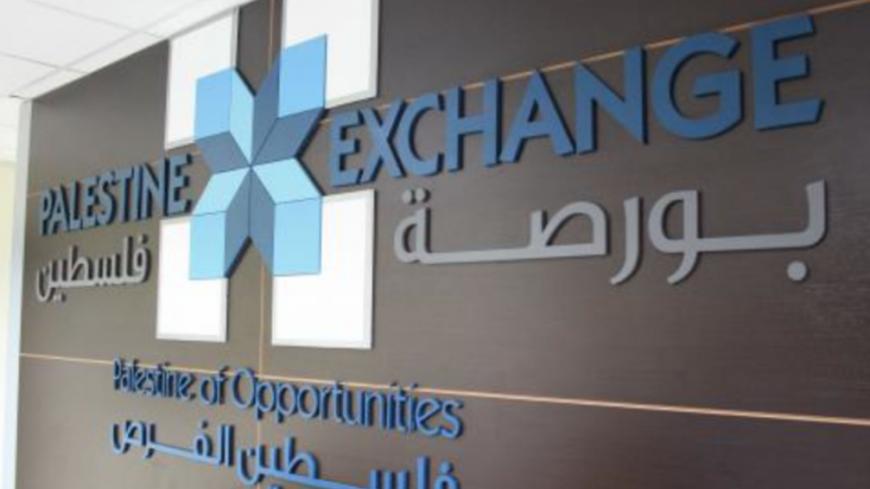 The headquarters of the Palestinian Exchange, seen in a picture uploaded Jan. 3, 2019. - Facebook/PalestineExchange

RAMALLAH, West Bank — Palestinians are divided over the Palestine Capital Market Authority's decision to suspend trading indefinitely on the local stock exchange due to urgent health conditions arising from the coronavirus pandemic.

For investor Ahmed Abu al-Haija of Jenin in the West Bank, the decision to shut down activity on the Palestine Exchange (PEX) March 23 was reassuring. Abu al-Haija believes this step will help overcome the sharp downturn stocks experienced. For him and other investors, this period is critical, especially in light of the state of emergency and the ensuing movement restrictions in Palestinian cities due to the spread of the coronavirus. The banking sector in the West Bank has also restricted activities to a minimum.

Abu al-Haija told Al-Monitor his investments in shares are short term. He explained that the closing gives him hope the situation will improve once the state of emergency is lifted and life returns to normal.

Yet even those in charge of the market don't know when it will resume trading. The decision is linked to the state of emergency the Palestinian government declared beginning March 5 until April 5 in an effort to contain the spread of the virus that causes COVID-19. But many people expect the state of emergency to be renewed, as 117 cases had been recorded in Palestine as of March 31, nine of which were in the Gaza Strip.

However, Abu al-Haij knew the negative impact of the coronavirus crisis on stock prices was inevitable. He had been monitoring global stock exchanges and the sharp decline in their indicators.

PEX CEO Ahmad Aweidah justified the closure as a precautionary step related to the banks' operation under a state of emergency. "This measure aims to ensure fair opportunities for all individuals and companies who benefit from the stock market,” Aweidah told Al-Monitor.

On March 22, the Palestinian Monetary Authority revealed a plan for banks to operate under the emergency state. The plan included shutting their doors to individuals and limiting their operations to corporate and electronic services.

According to Aweidah, this is not the first time PEX has been disrupted. The Israeli military operation in the West Bank in 2002 dealt the exchange a heavy blow for more than eight months. “The current crisis will have a softer impact on the Palestine Exchange than on other international stock exchanges, given the unstable conditions it has [already] been operating in, and its ability to adapt to [them],” Aweidah said.

Buraq Nabulsi, director general of the Palestine Capital Market Authority, shares Aweidah’s view that PEX will not be as affected as some other exchanges. However, he attributes this to PEX's small amount of foreign investments. “Foreign investors in times of crisis would rush to sell their shares,” he told Al-Monitor.

He said, "PEX was hit by the coronavirus crisis while witnessing a regression triggered by the economic hardship that the Palestinian Authority was battling. This is not to mention its clearing fund withheld by Israel.” Yet he believes PEX will not witness a major collapse.

PEX, hosting 48 listed companies with a total market capitalization of $3.8 billion, saw its index drop by $200 million before it closed, but Nabulsi said this is acceptable during a global crisis. The closing was an attempt to freeze the impact of the crisis and buy time to come up with solutions.

PEX management has maintained some internal work. It continued to hold scheduled meetings in March to ensure the distribution of profits and pump liquidity to shareholders and the market in light of the crisis.

Nabulsi explained that the current PEX status will prevent major shareholders from stockpiling and monopolizing shares at low prices. Regarding the duration of this trading halt, Nabulsi said that when banks return to work at their full operational capacity, the stock exchange will be able to resume trading even if the general state of emergency continues in Palestine.

However, economic analyst Nasr Abdel-Karim has a different view about the need for a shutdown. He noted that while all international exchanges have been negatively affected in these situations, they have not closed.

“We would have understood a ban of trading inside the [PEX] building for public safety measures, but the suspension of trading altogether at a time when most of the trading transactions are carried out electronically is not economically justified,” he said.

Abdel-Karim indicated that although PEX indexes had registered a decline before the suspension of trading, he also found the decline limited and acceptable. “This decline does not imply a major collapse that requires radical measures such as halting trading. Such measures are usually taken by stock exchanges in cases of a major crunch and for a period not exceeding minutes.”

He warned that this measure will prevent shareholders from transferring their shares into cash at a time when the Palestinian economy is suffering a liquidity shortage in the market.

According to Abdel-Karim, taking this step indicates the limited impact of the stock market on the Palestinian economy, compared with global stock exchanges whose sustained closures would have a catastrophic economic impact.