The young Israeli Arab generation seeks greater integration into Israeli society, including a strong Joint List party that will fight for their interests. 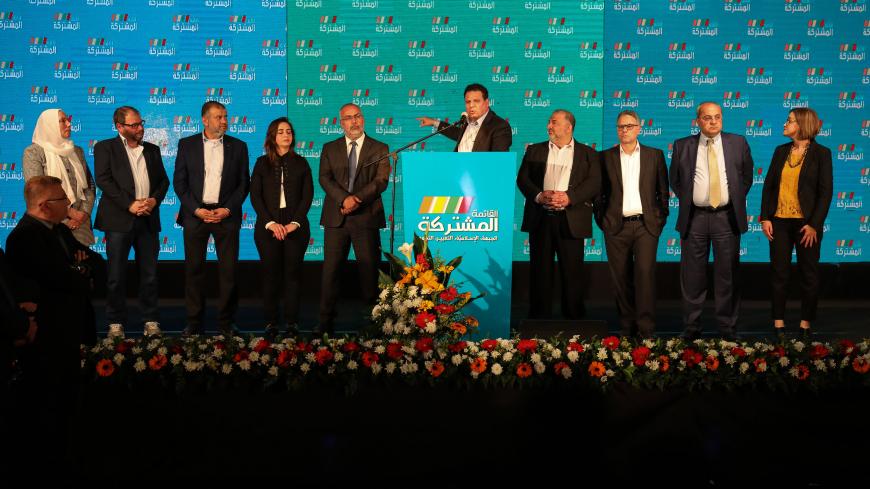 Ayman Odeh speaks while flanked by fellow members of the Arab Joint List during an event in Shefa-Amr, Israel, March 2, 2020. - Mostafa Alkharouf/Anadolu Agency via Getty Images

The Joint List’s success in the 2020 election was entirely unprecedented. The two Arab parties that competed in the April 2019 election (Hadash-Ta’al and Ra’am-Balad) won 10 seats, while the Joint List (composed of four essentially Arab parties: Hadash, Ta’al, Ra’am and Balad) won 13 seats in September 2019. Now the Joint List has 15 seats. Similarly, there was a noticeable rise in the percentage of eligible voters in Arab and Druze villages, who actually went out to vote. Their number increased from 49% in April to 59% in September to 65% now.

Two of the most prominent characteristics of this success are the desire, which many young Arabs have, to integrate into Israeli society, resulting in more Arabs voting, and a real increase in the number of Jews, who voted for the Joint List. According to the party’s own data, some 20,000 Jews voted for it. This amounts to about half a seat.

In Tel Aviv-Jaffa, for instance, 8,446 people voted for the Joint List in September, while 11,410 voted for it now. This represents an increase of 35%. The political explanation for this is the merger of Meretz, Israel’s left-wing party, with the Labor and Gesher parties, which was done to ensure that none of the three parties fell below the electoral threshold. But this merger also meant that diplomatic issues like the peace process were barely raised at all in the Labor-Gesher-Meretz campaign, nor were attitudes toward Arab society. Furthermore, the merger pushed former Knesset member Issawi Freij, an Israeli Arab from the town of Kafr Kassem and one of the most prominent voices in Meretz, out of a realistic slot on the list. In an article he published March 4 in Haaretz, Freij claimed that the 15 seats won by the Joint List are evidence of the Jewish left’s failure to serve as a bridge to the Arab public.

Ilan Harel, 24, of Herzliya, tells Al-Monitor that he voted for Meretz in the past because its platform reflects his positions regarding peace and equality, but also because it could have had some impact on the government. He says now that Meretz has joined together with a center-left party with certain right-wing elements — referring to Orly Levy-Abekasis and Gesher — “I could not come to terms with it. The Joint List represents the Arab public, but it also represents the ideological struggle for equality that every Democrat should support. There are times when it is difficult for me to listen to some of the things said by the leaders of the Joint List. I served in a combat unit in the [Israel Defense Forces]. Still, our positions about needing to end the occupation as part of a process to reach peace with the Palestinians and grant them their independence are completely identical.”

Doron Harush, 30, of Tel Aviv tells Al-Monitor that she and some of her friends voted for the Joint List as “an act of solidarity with a minority population under attack as it struggles for equality.” She continues, “It was a vote against the occupation and for equality, but also a vote for the party’s leader, Ayman Odeh, who speaks to us. He is a living testament to a new kind of Arab leadership.”

Odeh did, in fact, spend quite a bit of the Joint List’s campaign in Tel Aviv, Herzliya, Ramat HaSharon, and other towns and communities with a high percentage of Jewish voters on the left. A source in the Joint List’s campaign headquarters told Al-Monitor that he could not meet the high demand for parlor meetings among Jews, testifying to Odeh’s enormous popularity. It was this popularity that got him into Time Magazine’s "100 Next” list for 2019. It had to do with him being a young, new face who speaks about integration (including political integration) along with equality. When I interviewed him for the Globes newspaper in April 2019, he told me that the Joint List was likely to support a left-wing coalition headed by the Blue and White party.

The move only began to take shape in the second round of elections in September 2019, when most Knesset members from the Joint List recommended Blue and White leader Benny Gantz to form the next government. Only the three Knesset members from Balad, the most nationalist of the four parties that make up the Joint List, refused to recommend Gantz. Now, however, even Balad seems to be changing its mind. In an interview shortly before this election, on Feb. 27, Balad chairman Mtanes Shehadeh toned down his party’s ideological position. He spoke of cultural and national autonomy as part of the Palestinian nationalist endeavor and described himself as an “Israeli Palestinian.” At one time, this kind of definition would never have been heard from Arab leaders in Israel, and certainly not from members of the Balad party.

One particularly prominent group among the new Arab voters is young people. Their desire to integrate into Israeli society and influence it can be seen in several studies and polls. Just before this election, in February, The Hebrew University released a study that predicted a sharp rise in the number of voters among Israel’s Arab citizens.

The study’s chief researcher, Rana Abbas, told Al-Monitor, “The study uncovered a change in attitude within Arab society over whether to participate in Israeli elections. An analysis of the data shows that among Arab society in general, and especially among the younger generation, there is a growing readiness to participate. That has to do with the fact that Arabs are starting to see themselves as a significant factor that can impact everything that happens in Israeli politics. The purpose of voting as they see it is to have some kind of influence on issues that are important to young people: violence and civil security in Arab society; housing, land and demolitions; the education system; the cost of living, poverty and unemployment; and the Nationality Law (on the Jewish character of the state of Israel), which affects Israeli Arabs directly. According to this study, the Palestinian issue and the occupation rank eighth, i.e., last, in the list of urgent issues. This seems to be sending a clear signal to the members of the Joint List: Deal with our issues, not the problems of the Palestinian Authority.

The findings of this study were reiterated to Al-Monitor by Umaya Abu Ras, a chemistry teacher, and Nidaa Haj-Yihya, an attorney. Both women are from the town of Taibeh, and both are socially active in the struggle over the status of women in Arab society. They both say that integration into Jewish society is important and that it begins with the economy. Leaving Arab towns and villages to work in Israeli society at large means earning a higher income and achieving greater economic and political power. “That is a good reason for Arab women to leave their towns and villages to work,” says Abu Ras. “It empowers them and leads to political participation and integration with Israeli society at large,” adds Haj-Yihya.

They note that the Nationality Law was a milestone for them. They consider it a statement by the government that it is trying to exclude non-Jews from civil life in Israel. “After the law was passed, I heard my students asking, 'Then what are we? Just Muslims? What does the country think about us?' That was when I realized that the struggle over our own status is especially important to the next generation,” says Abu Ras. Haj-Yihya notes the clause in the deal of the century that deals with the transfer of Arab towns and villages in Israel to Palestinian control. “I saw lots of young people responding to that on social media, mostly with humor and jokes,” she says. “That indicates involvement and a desire to have some kind of influence.”

“We are Israelis,” she says toward the end of our conversation, as if to remove any doubt. “Everyone wants to be connected to successful people, not to failures.” She adds that the intense integration of Israeli Arabs in many parts of Israeli society at large requires some kind of political expression too. That is why the Joint List’s achievement in winning 15 seats will be put to the test. Its translation into significant achievements for the Arab society depends mainly on the Blue and White party and its willingness to advance genuine cooperation with the Joint List, despite all the denigrating comments made by the party’s leaders in the past. One example of these would be Benny Gantz’s remark Feb. 11 that “the Joint List will not be a part of the government I form.” As far as Odeh is concerned, if Gantz wants the support of the Joint List, he will have to prove with actions, and not just with words, that he is prepared to advance the interests of the country’s Arab population.