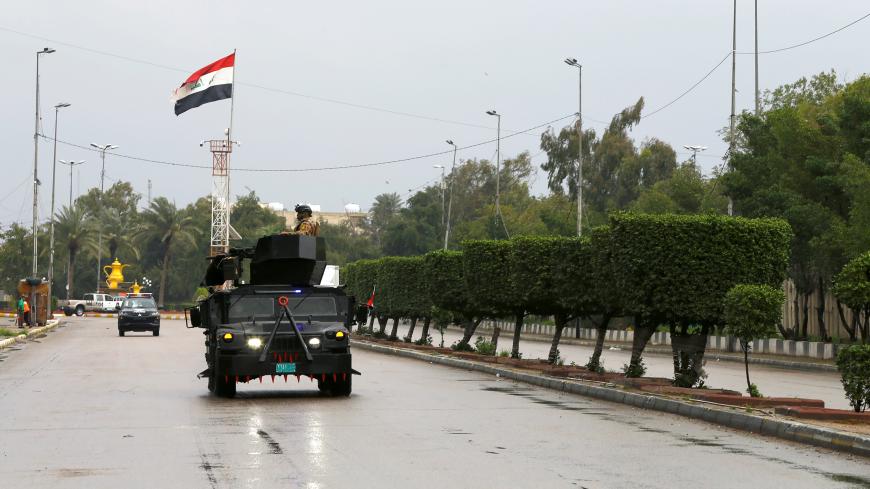 “The unprecedented challenges posed by the COVID-19 pandemic to the Iraqi and Syrian people, and to our mission, led to temporary adjustments to protect the force during this period, in full coordination with the Iraqi authorities,” the coalition said in a joint statement today released by the US State Department.

Why it matters: While the State Department did not delve into specifics, the “temporary adjustments” indicate that the coronavirus in Iraq and Syria has tossed an uncertain new variable into the fight against the lingering threat posed by the Islamic State.

Still, the US-led coalition maintains that “progress in our campaign allows for the restructuring of our footprint, without prejudice to our ability to carry out our mission.” The United States repositioned its roughly 5,000 troops in Iraq to larger bases throughout the country following rocket attacks from an Iran-backed militia that killed two American and one British soldiers. The Pentagon also announced Friday that “the Iraqi Security Forces have suspended all training” with US forces to prevent the spread of COVID-19.

“As a result, the coalition will temporarily return some of its training-focused forces to their own countries in the coming days and weeks,” the Pentagon said in a statement, vowing to eventually resume the training “as the situation permits.”

Additionally, President Donald Trump has kept some 800 US troops stationed around oil fields in northeast Syria.

By the numbers: Iraq has reported 266 coronavirus infections, including 23 deaths. Syria maintains that it has had only one confirmed coronavirus case so far, but Pakistani officials have linked at least eight of their country’s 800 cases to citizens returning from the Syrian civil war. Iran, which has deployed troops to back Damascus in its offensive on Syria’s Idlib province, has reported nearly 22,000 coronavirus cases, including some 1,700 deaths. As of Monday, the Defense Department reported almost 250 cases in the US military community worldwide.

What’s next: The World Health Organization announced that it will start testing for coronavirus in Idlib, home to nearly 1 million displaced Syrians, within the coming days. In the meantime, the US-led coalition has promised to “continue its comprehensive efforts in Iraq and Syria, and globally, to deny [the Islamic State’s] ambitions and the activities of its branches and networks, until the job is done.”

Know more: Al-Monitor correspondent Elizabeth Hagedorn has the in-depth story detailing how doctors in northwest Syria are preparing for the inevitable spread of the virus despite limited resources. And Lujain Elbaldawi examines whether Iraq is adequately prepared to deal with the COVID-19 crisis.