After the controversy over lyrics of a popular song, an Egyptian lawmaker drafted a new law that would put singers behind bars for talking dirty. 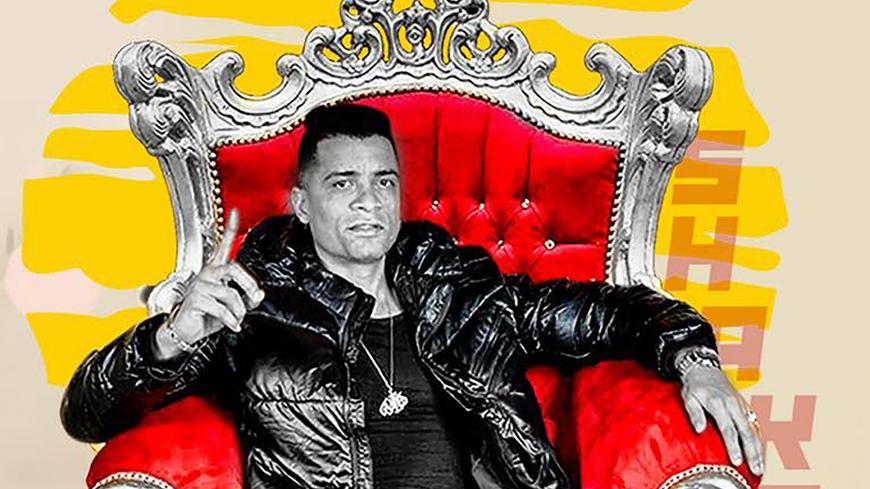 Hassan Shakosh, whose song "Bent el-Geran" (together with Omar Kamal) started a debate in early 2020 on mahraganat, is shown in an image uploaded Dec. 21, 2019. - Facebook/Official.HassanShakosh

CAIRO — A poem by Egyptian poet Badi Khairi lashes out at a British water company by calling its executives “sinners” and “parasites” — both of which are great insults in the Egyptian culture. The poem — titled "As-Sakkayin” ("Water Distributors") — narrates the woes of Egyptian water distributors after a British company starts selling bottled mineral water during the British mandate. Naguib al-Rihani, the founder of modern Egyptian theater, made it into a popular song and sang it, and singer Sayed Darwish used it in the renowned play “Walaw” ("Even So"), and when the song is played, often the audience joins in shouting “sinners” or “parasites.”

Contemporary poets and singers, however, need to be more careful than Khairi when it comes to swearing, fighting words, profanity and racy language. Earlier in March, the Egyptian parliament started discussing a draft amendment to the Penal Code that aims to provide harsher penalties including imprisonment for using lewd or offensive words, especially in artworks. The suggested amendment may send the offender to prison for three years for offending public sensibilities through lewd language, instead of a fine of 500 Egyptian pounds ($32) currently determined by law. Member of parliament Faraj Amer, who has drafted this amendment, told the local media Feb. 29 that the deputies intend to fight the use of insult and swear words especially in works of art. The draft now needs to go through parliamentary subcommittees, but no date is set.

Amer’s move comes in the wake of a major controversy over "mahraganat," a hybrid music genre that combines folk with electronic music and uses colloquialism in its lyrics. This genre of music, whose name literally means “festivals” in Arabic, originated in the Cairo slums in the early 2000s. Its beat resembles that of American rap and, like rap, its lyrics contain sexual innuendos, racy words and obscenities.

“These songs have entered every household in Egypt through the internet and smartphones,” Amer told Al-Monitor. “A mother, a sister, a wife or daughter should never be exposed to such words because they are offensive and often sexist.”

Amer said mahraganat songs reflect a decline in the artistic and cultural level of the country. The political and cultural elites have a duty to prevent this decline and maintain the cultural standards that reflect the Egyptian identity, he said.

“These songs are so frequently played that the [words and idioms] they use inevitably ends up penetrating daily language,” he complained.

The lyrics of one of these songs — "Bent el-Geran" ("The Neighbor's Daughter") by Hassan Shakosh and Omar Kamal — ignited on Feb. 14 the debate on mahraganat. The song’s lyrics suggest alcohol and hashish — both of which are forbidden in Islam — to get over a heartbreak.

The suggestion of alcohol and hashish angered many critics, the powerful Egyptian Musicians Syndicate and parliamentarians, including Amer. They argued that the song was an attack on the public taste and encouragement of immorality.

Amer’s draft amendment to prevent such wording found support in parliament, particularly given that his draft was not the first to prevent racy song lyrics.

Parliamentarian Ghada Ajami told Al-Monitor that she had submitted a similar bill in October 2019, but it never came to the parliamentary agenda, which had been overloaded with legislation and international agreements. She pointed out that her proposal also aimed to protect Egyptian public taste, customs and traditions.

“Obscenities used in songs, films and TV series offend the public taste and conservative Egyptian customs and traditions, so there should be a law to criminalize these acts,” she stated. But she implied that she was not against any particular genre of music if the lyrics respected public sensitivities, saying, “I’m against banning songs [because music is a matter of] taste and opinion, and I loved the version of ‘Bent el-Geran’ without the words alcohol and hashish.”

Others argue that it simply makes no sense to censor the lyrics of songs now, given that some of the Egyptian classic songs such as "As-Sakkayin" carried even more daring and bolder language.

“Whether a word or the lyrics of a song is obscene is relative — and passing a law that criminalizes them would be arbitrary,” Tarek al-Shennawy, professor of art criticism in the Higher Institute of Art Criticism, told Al-Monitor. “What some persons or groups in society may deem indecent and offensive may be perfectly normal to others.”

He pointed out that some of the songs at traditional wedding celebrations would appear to be sexually suggestive, but these thoughts would be part of their culture and no one would think it vulgar or immoral.

The lyrics of one such song translates as “Roll and run, pomegranate … and sit on my lap.” Pomegranate refers to breasts. Another song appeals to mattress makers to make cushiony beds so that any frolicking between the sheets would be comfortable and fun.

Shennawy also explained that what is deemed racy or indecent is likely to change with time. “In the 1940s and early 1950s, Egyptian artists used bold lyrics. Mohamed Abdel Wahab sang about alcoholic beverages in a song that summarizes [the meaning of life] with a cigarette and glass of liquor. This means that 'Bent el-Geran' that suggests alcohol and hashish is hardly new in Egyptian art and cultural identity,” he said.

Some of Sayed Darwish's songs also carry sexual innuendos, such as the famous song “Salama Ya Salama.” This expression was used by prostitutes when returning from the medical examination to obtain a license to practice their profession. Prostitution was legal in Egypt until 1949.

Muhammad Saad, a professor of poetry at Cairo University, agreed with Shennawy. He told Al-Monitor that the lyrics of the Egyptian songs were based on or inspired by Arabic poetry in the pre-Islamic, Islamic and modern era, and that most of these poems are known to boldly tackle liquor consumption and to describe women in intimate detail.

He referred to the poems of Abu Nawas in the Islamic era and Nizar Qabbani in modern poetry.

“Those poems are taught in universities and are still sung by renowned artists such as Kadim al-Sahir. However, no one calls them indecent or vulgar. They are seen as part of our cultural heritage. Describing lyrics in mahraganat or conversations in films and series as obscene or indecent [for using the same or less offensive words] displays the double standards of the society,” he said.