Congress passed a new resolution on the use of force in the Middle East; the United States retaliates against Iran-backed militias in Iraq; and an 18-year-old debate returns. 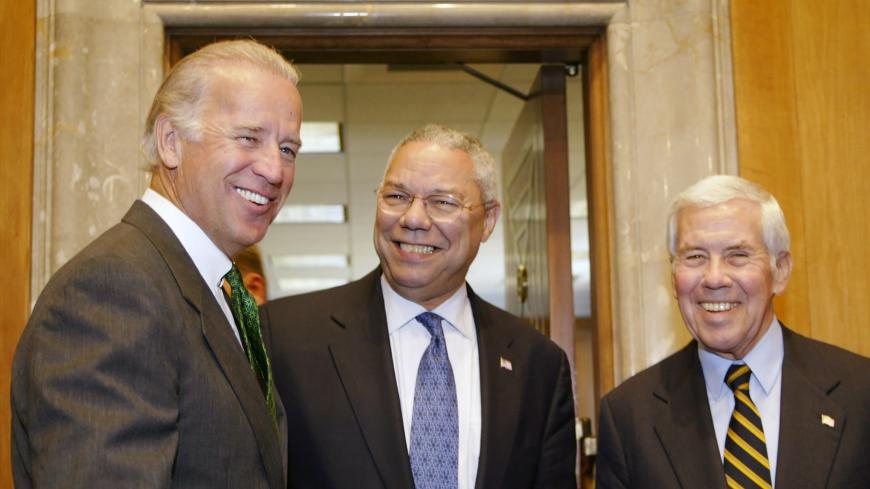 On March 13, US warplanes struck targets associated with Kataib Hezbollah ("Brigades of the Party of God"), an Iranian-backed militia in Iraq, which US officials say is likely responsible for a rocket attack two days earlier on an Iraqi base that killed two US troops and a British service member, as Jack Detsch reports.

The exchange has further upended politics in Iraq. Iraqi officials are claiming that the United States also hit a civilian airport under construction in Karbala, killing a cook, as Elizabeth Hagedorn reports. Iraqi President Barham Salih referred to the attack on Taji air base that killed Americans as terrorism, but also condemned the US retaliatory strikes as a "violation of national sovereignty."

There is a March 16 deadline for appointment of a new prime minister, but that process again seems stalled. Ali Shamkhani, secretary of the Supreme National Security Council of Iran, made the rounds in Baghdad earlier this week, just days before the hit on Taji. The escalation comes as protesters seeking an overhaul of the Iraqi government torched offices of Iran-backed militias in southern Iraq, as Ali Mamouri reports.

Biden, by the book: "Spare me the lectures"

In Washington, the White House is threatening to veto a bipartisan congressional resolution to limit President Donald Trump’s ability to use force against Iran, absent a declaration of war or new congressional authorization, as Bryant Harris reports.

And that brings us to the 2002 authorization for the use of force against Iraq, which has also found its way into the US presidential campaign.

Democratic candidate Bernie Sanders, I-Vt., has occasionally tagged his rival, former Vice President and Sen. Joseph Biden, for voting for the 2002 authorization for the use of force in Iraq, which Sanders opposed as a member of the House of Representatives. Biden was chairman of the Senate Foreign Relations Committee.

This deserves some context. Eighteen years is ancient history in our Twitter-driven/breaking news world.

In his memoir "Turning Points," former US President George W. Bush explains how, in the wake of the terrorist attacks of Sept. 11, 2001, he decided to address the perceived threat of Iraq’s weapons of mass destruction through "coercive diplomacy" — rallying the international community to hold Iraq accountable for its defiance of UN Security Council resolutions, and making the US military threat to Iraq credible. The United States had gone to war with Iraq in 1991 to reverse Iraq’s invasion and occupation of Kuwait. From 1991-2003, Iraq bucked UN Security Council resolutions demanding answers on its weapons programs, and challenged US "no fly zone" restrictions. On Sept. 12, 2002, Bush put down a marker in a speech to the United Nations that Iraq was now a US priority.

Bush sought congressional support for his policies to convey to Iraqi leader Saddam Hussein, and the world, that the United States meant business. On Sept. 26 of that year, the White House submitted a draft resolution that Biden and others in Congress felt offered the president too expansive powers. Biden reached out to Sen. Richard Lugar, R-Ind., probably the most respected foreign policy voice in the Senate, and they drafted an alternative resolution. Sen. Chuck Hagel, R-Neb., soon got on board.

The Biden-Lugar-Hagel bill sought to bind the administration more closely to UN Security Council resolutions and to seek a further determination that the threat from Iraq was “so grave” that the use of force was necessary.

There was widespread consensus at the time that Saddam’s Iraq had weapons of mass destruction programs. Iraq had used chemical weapons in the 1980-88 Iran-Iraq war, and its previous chemical, biological and nuclear programs were well documented by the United Nations. The Iraqi government continued to obstruct UN-mandated inspectors.

Few disputed that Iraq and Saddam were a concern. But Biden and others did not buy the imminence of the Iraqi threat and were concerned about a rush to war, including perhaps in support of a so-called "neoconservative" agenda to bring democracy to the Middle East. Biden’s resolution therefore sought to support a multilateral strategy while raising the bar for congressional approval of the use of force, if deemed necessary.

Lott, in his memoir "Herding Cats," said Bush told him to “derail the Biden legislation and make sure its language never sees the light of day again.”

Lott, who was working with Sens. Ted Stevens, R-Alaska, and John Warner, R-Va., on a new draft of the resolution, reached out to Lugar, who expressed his concerns about the enterprise having a “Vietnam-era ring” and told Lott that any legislation had to be bipartisan. Lott invited Lugar to helped draft the resolution, which he eventually did. But not before Lugar encouraged Biden to try to get a committee vote on Biden-Lugar-Hagel.

Biden, in his memoir "Promises to Keep," describes his frustration in getting that vote. He and Daschle convened a meeting of Democrats, where a group on the far left would not even support voting the bill out of the committee. As he listened to the "principled" opposition of his colleagues, Biden said he was thinking, “Spare me the lectures. … I thought our objective is to do all we can to avoid an unnecessary war.” Biden-Lugar-Hagel died in the Foreign Relations Committee without a vote.

On Oct. 10, the revised authorization, backed by the White House, passed the Senate 77-23 and the House 296-133, with solid bipartisan support.

Biden in his floor speech supporting the resolution, said that Iraq did “not pose an imminent threat”; that the resolution strengthened US efforts for a UN Security Council resolution; that he did not see his vote as a "blank check" for the use of force against Iraq; and that “it does not make Saddam’s removal its explicit goal.”

Hagel, in his book "America: Our Next Chapter" makes a similar case. He said that Bush, US Secretary of State Colin Powell and other members of the administration had assured him that the United States would exhaust diplomacy before committing to war. Hagel, who later served as secretary of defense under President Barack Obama, wrote that he voted for the resolution “with foreboding” and regrets voting yes.

On Nov. 8, the United States secured a unanimous UN Security Council resolution, 15-0, dealing with Iraq, with Russia, China and Syria voting yes. On March 19, 2003, Bush announced the invasion of Iraq. Saddam was deposed the following month. No active programs of weapons of mass destruction, including and especially nuclear weapons, were ever found. The US military mission in Iraq continues, 18 years later, focused on combating the Islamic State, an offshoot of al-Qaeda, and Iranian-backed forces.

Bush, in "Decision Points," writes that “some members of Congress would later claim they were not voting to authorize war but only to continue diplomacy. They must not have read the resolution.”

With regard to Sanders, a careful review of his statements by NBC News reveals that his concerns were, like Biden’s, that the United States would act unilaterally. He, like Biden, did not want to give the Bush administration a "blank check" for the use of force in Iraq. Sanders also voted for a failed House resolution that paralleled the Biden-Lugar effort. Sanders’ record, according to the NBC report, does not support his contention that he was a leader in opposing the war.