Israeli soldiers are enforcing a partial lockdown in the country, where COVID-19 cases have surged. 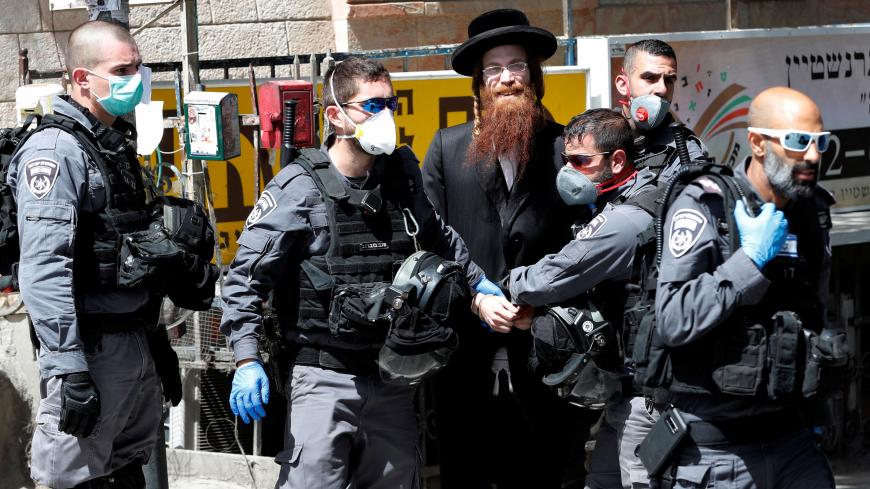 Israel is deploying armed troops to help enforce a partial lockdown as its number of novel coronavirus cases surged past 3,000 this week.

About 500 IDF troops will join police in “patrolling, isolating and securing areas in Israel,” said the Israel Defense Forces in a statement Friday.

Under emergency regulations that took effect Wednesday, Israelis are barred from venturing more than 100 meters from their homes with some exceptions, such as buying groceries, seeking medical care or going to an approved job. Police have the authority to dole out fines to lockdown violators of 500 Israeli shekels ($139) and jail time for up to six months.

As of Friday morning, the country had confirmed 3,035 cases of the virus and 12 deaths, according to the Health Ministry. About 45 IDF soldiers have been infected and more than 4,000 are in quarantine, the IDF said.

Prime Minister Benjamin Netanyahu warned Wednesday his government would impose a full nationwide lockdown unless there was an immediate improvement in the number of cases.

“I am already telling you,” he said, “that if we do not see an immediate improvement in the trend, there will be no alternative but to impose a complete lockdown.”

Other coronavirus measures announced this week include a ban on takeout food at restaurants and requiring business owners to check the temperature of any customer before allowing them entry. A prohibition on gatherings in houses of worship prompted the country’s chief rabbis to order the closure of all synagogues on Wednesday, a first in the history of the state of Israel.

In signaling his move toward an emergency unity deal with Netanyahu, retired army chief Benny Gantz cited the need for compromise in the wake of the pandemic.

“This is the time for responsible, committed, patriotic leadership. Let’s join hands and get Israel out of this crisis,” Gantz told the Knesset Thursday.