A Turkish court has postponed its final rulings in the infamous Buyukada trial until April as the defendants use lengthy closing statements to enter every piece of evidence of their innocence into the record. 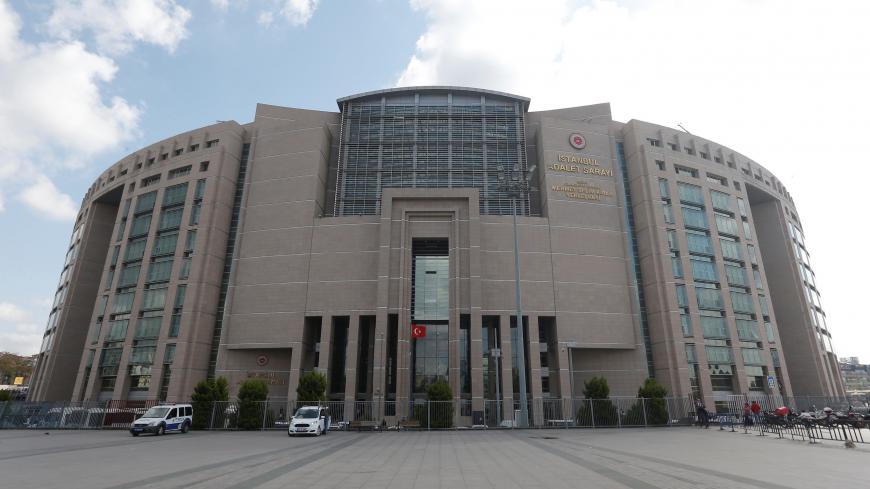 ISTANBUL — A verdict was widely expected today for the Amnesty International Buyukada case, but judges decided to continue the trial on April 3, 2020, after the court was unable to hear all the final defense statements to conclude proceedings.

In a trial that opened Oct. 25, 2017, 11 defendants, including Amnesty International's former Turkey chair Taner Kilic, face terrorism-related charges stemming from their work as human rights defenders. Today’s proceedings come one day after Turkish philanthropist Osman Kavala was acquitted and then re-arrested on charges of attempting to overthrow the government.

Both cases highlight the increased pressure faced by civil society members following a failed 2016 coup that sparked an ongoing state crackdown on critical voices and narrowed avenues for free speech in Turkey.

“These proceedings are designed to silence individuals and quash the small independent civil society that still exists in Turkey,” Milena Buyum, Turkey campaigner for Amnesty International, told Al-Monitor. “It is contributing to a climate of fear. It’s maintaining it and, of course, to a certain extent … it’s paralyzing.”

The session ran from 10:30 a.m. to about 4:30 p.m. at Istanbul’s Caglayan Justice Palace in a room too small to hold all the local and foreign observers present. Six of the defendants were in attendance to deliver their final defense statements, while defense lawyers read prepared statements for the absent defendants, some of whom are outside the country.

Several defense statements were extensive, as defendants recounted every piece of evidence supporting their innocence. Buyum said the lengthy statements may have come in response to the prosecutor’s final opinion, which was issued in November and omitted much of the defense evidence presented in prior hearings.

In his statement, Kilic outlined reports that he said proved his phone did not have software linked to ByLock, a communication application the Turkish state claims is used by supporters of Fethullah Gulen, an exiled Turkish cleric accused of fomenting the 2016 coup attempt. Other defendants explained that Amnesty International press releases and “calls to action” were not attempts to overthrow the Turkish government.

“It seems really odd that you’d have to explain such basic facts in a court of law,” Buyum told Al-Monitor.

The defendants face up to 15 years' imprisonment after being initially detained in the summer of 2017. Kilic was detained first in Izmir in June 2017 and was released on bail in August 2018. The other 10 were detained in July 2017 at a hotel on the Buyukada island near Istanbul, where they participating in a workshop on digital security. Court proceedings were later merged for all 11 defendants.

The trial took place a day after warrants were issued for nearly 700 people suspected of having ties to Gulen supporters.

Erol Onderoglu, the Turkey representative for Reporters Without Borders who attended Wednesday’s trial, said such developments, more than three and a half years after the failed coup, are evidence of ongoing political persecution in Turkey.

“Keeping in mind what happened yesterday with Osman Kavala, it is absolutely [pointless] to seek reason with regards to this judiciary,” Onderoglu told Al-Monitor. “There is a huge political dispute within the judiciary between many groups and there are many forms of arbitrary rulings.”

In a statement released Wednesday in response to the Kavala case, Dunja Mijatovic, commissioner for human rights for the Council of Europe, called on Turkish authorities “to restore judicial independence and stop the practice of targeting human rights defenders, lawyers and journalists and silencing them by using administrative and judicial actions.”

Mijatovic went on to claim the aftermath of the state of emergency imposed after the coup attempt has had “devastating consequences for judicial independence and impartiality” that threatens the rule of law in Turkey.

At the time of writing, Kavala awaits referral to a prosecutor's office following a 24-hour detention period in regard to his new court proceedings.

Since the July 2016 coup attempt, more than 77,000 people have been arrested and at least 130,000 civil servants have been dismissed on suspected Gulen links.

by Murielle KASPRZAK and Joseph SCHMID | AFP | May 26, 2022
END_OF_DOCUMENT_TOKEN_TO_BE_REPLACED