Members of the Space Force helped track and detect the Iranian ballistic missiles that struck an Iraqi air base last month. 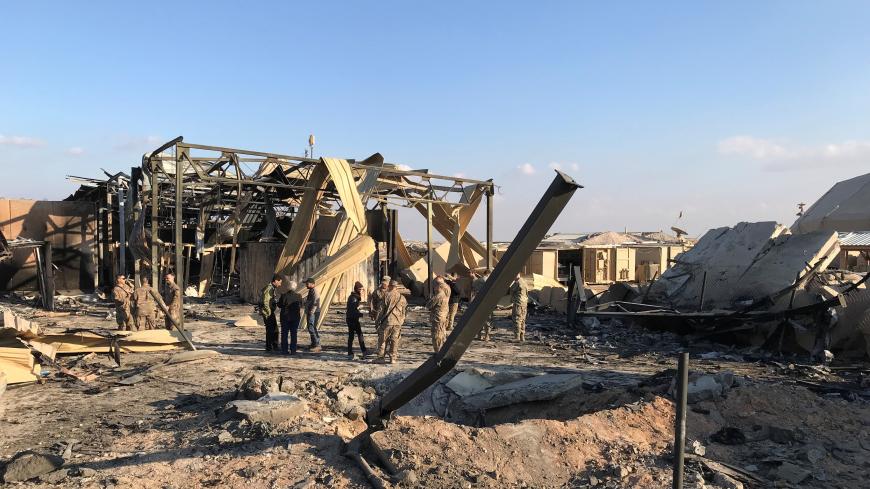 US soldiers inspect the site where an Iranian missile hit at Ain al-Asad air base in Anbar province, Iraq Jan. 13, 2020. - REUTERS/John Davison

Why it matters: The Pentagon could use the Space Force’s early display of capabilities as a pitch to Middle East allies looking to join forces in future galactic fights. “We’re getting a lot of positive feedback,” Shawn Barnes, the Pentagon’s acting assistant secretary for space acquisition, said in response to a question from Al-Monitor, adding that the United States had hosted a summit for allies last week.

Last month, President Donald Trump credited US early warning systems with saving the lives of American troops at Ain Al-Asad air base, though blast waves from the strikes have led to mild traumatic brain injuries in 64 US troops.

Who’s on board:  So far, the Pentagon has talked to “the usual set of nations” about the Space Force, Barnes said, such as allies in the South America, the Pacific, and NATO member states. But Saudi Arabia and the United Arab Emirates, which received $8 billion worth of precision-guided munitions that depend on space-based guidance systems in a controversial sale last summer, may also have an interest in the future.

What’s next:  Before the Space Force gets going, it has to find the right name for the 6,000 airmen who will transfer into the service, and the Pentagon has enlisted the help of linguists at the Defense Language Institute. But it won’t be “spacemen,” said Lt. Gen. David Thompson, the service’s vice commander.

Know more:  Check out Jack Detsch's story on how the Pentagon touted the Space Force as a boon to the US military's Mideast operations, and see a timeline of the Trump administration's evolving explanation of US injuries suffered in the Jan. 7 strikes.