Socks for tourists, jobs for refugees in Jordan

Two young entrepreneurs in Jordan get women in refugee camps to knit socks for tourists. 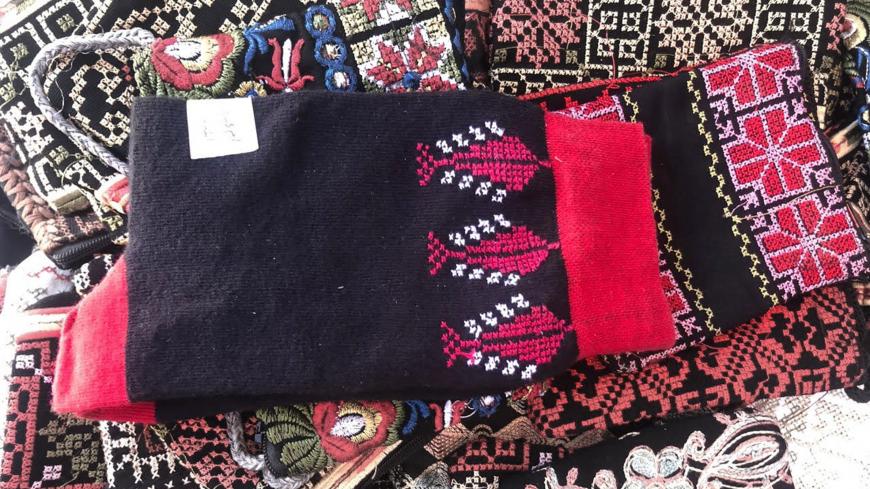 The two students offer socks with designs inspired from daily Jordanian life such as drawings of gas tanks Jordanians use for cooking or famous Jordanian dishes and sweets such as cotton candy.

Expressions like "Peace" and "Love" are included, as well as “Tea?” — an everyday reference to one of the traditions of the Middle East.

The two students launched the initiative in June 2019 in an attempt to promote Jordanian heritage abroad by selling local products that would be attractive to tourists.

Rawahen, who graduated in marketing from the University of Jordan, said he came across souvenir socks during his trip to Lithuania in 2018. Meanwhile, Said had seen the same thing in Italy. “We saw that many tourists bought socks as souvenirs from the country. We decided to bring the same idea to Jordan by designing cotton socks that would reflect Jordan’s popular culture and its heritage. So we came up with the idea of The Good Socks,” he said.

The two young men also wanted an attractive package in which to place their new product, so they designed containers from recycled bean cans with the hope this would also draw attention to poverty — with the reference being to those who can put little, including cheap beans, on the table. Rawahen and Said announced that part of the profits from each item sold would go to feeding the poor in cooperation with Tkiyet Um Ali, a charity fighting hunger in Jordan.

“We are trying to help those in need by donating part of the profits made from the sales of the socks. The cans are gathered from factories, then recycled and designed. This is also a message about the importance of recycling," Rawahen told Al-Monitor.

They also involve local women in designing the drawings. “Women from the Jerash Palestinian refugee camp in Jordan — informally known as the Gaza Camp because all of its residents are from the Strip — participated in designing the socks,” he said.

The women knit socks that reflect both Jordanian and Palestinian designs. The Palestinian heritage is reflected in the red and black checkered prints used on some of the socks, with the same prints on these socks’ cans.

“The importance of refugee women from Gaza designing the work is to remind the consumer that the product is helping donate food to the poor. Every can sold supports the local community,” Said told Al-Monitor.

The two men display their products through social media platforms like Facebook and Instagram and use international cargo services. “Both foreigners and locals are buying The Good Socks. We did not expect this popularity,” Said admitted.

Director-general of Tkiyet Um Ali Samer Balkar told Al-Monitor he was happy with the social responsibility project. “Under our agreement, The Good Socks donates a percentage of its sales to support the families of Tkiyet Um Ali. Our aim is to free Jordan from hunger. We provide monthly food packages to 30,000 families living below the poverty line. The total number of individuals with no food security in the kingdom is 150,000,” Balkar said.