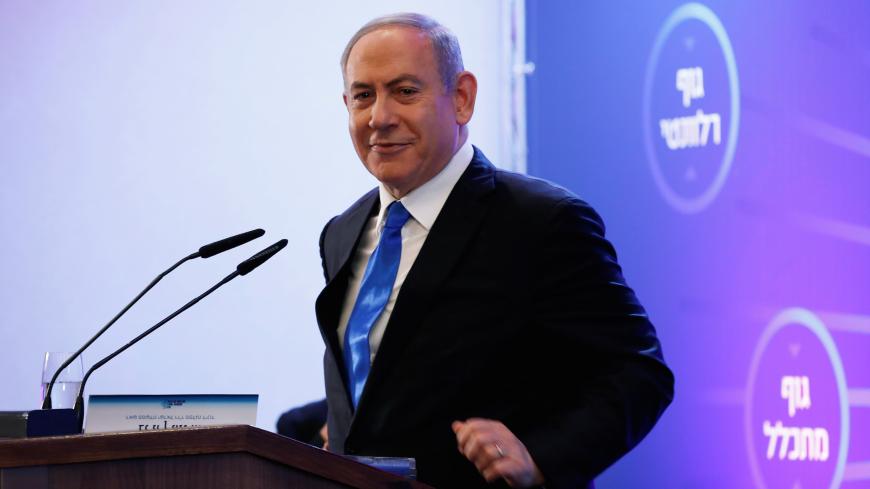 The clip, released Feb. 25 by the Blue and White Party, shows Erdogan delivering a speech to his parliament, but the soundtrack is of Netanyahu, accompanied by cheering voices. After the speech, a narrator states that if Netanyahu gets one more seat, he’ll stay put. Only Blue and White can prevent an Erdogan-like government, he says. Blue and White’s Benny Gantz and other party leaders repeated this same message in interviews this morning.

Why it matters:  Blue and White produced this unusual video in an effort to stop a loss in support over the past week. This shift in support is worrisome for Gantz, as the Likud now appears in polls as the largest party, with Netanyahu largely considered more suitable for premiership. With less than a week before the March 2 elections, Blue and White has reason for concern. The video is intended to wake up potential center-left voters to the dangers of Netanyahu and his intentions of crushing the legal system. Their main message is that if reelected prime minister, Netanyahu would end Israel’s democracy.

Likud retaliating:  The Likud didn’t take the video sitting down. Science Minister Ofer Akunis told Al-Monitor, "This proves once again that Gantz and company are losing it." Senior Likud member Gideon Saar called upon Blue and White to apologize, saying, "They compared the prime minister of Israel to a dictator, one of the greater Israel-haters of our generation. A red line has been crossed today; this is incitement."

What’s next?  A source within the Blue and White campaign told Al-Monitor on condition of anonymity, "The Likud issues no less dirty messages. We must get our supporters out to the polling stations." The source was referring to another video tweeted by Netanyahu on Feb. 25, showing Gantz making mistakes in interviews and even forgetting words. In the clip, Netanyahu asks what’s wrong with Gantz, hinting that he suffers from dementia and isn’t fit to rule.

Will the Erdogan video get Blue and White back on its feet? It's certainly generated a sense of urgency among the party’s followers, but likening Netanyahu to a dictator has rallied his followers around him.

Read more:  Mazal Mualem describes how Blue and White is stumbling as the election draws near and Ben Caspit discusses how Netanyahu’s mudslinging strategy is allowing him to edge past the opposition.