Intel: How Russia is helping Iraq build up its air defenses amid US-Iran escalation

Following the latest hostilities between the United States and Iran inside Iraq, Baghdad has reportedly resumed negotiations with Moscow over reinforcing its air defenses. 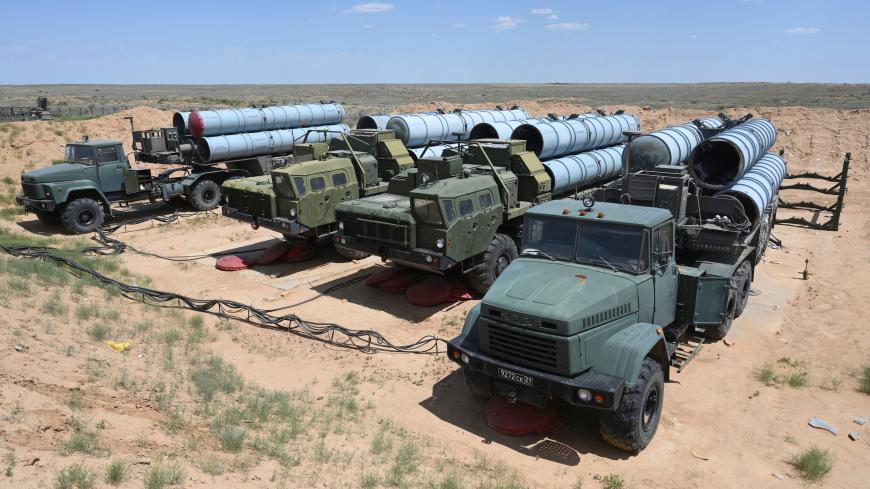 Following the latest hostilities between the United States and Iran inside Iraq, Baghdad has reportedly resumed negotiations with Moscow over reinforcing its air defenses. Mohammed Raza, chairman of the Iraqi parliament’s Defense and Security Committee, told Russia’s RIA Novosti news agency that talks to purchase the S-300 missile system are underway.

Raza said he wasn’t aware of how far along the deal is, but insisted that a possible agreement with Russia is authorized by the Iraqi leadership.

“This should have been settled long ago. But we are expecting a lot of opposition to the deal from the United States,” Raza said. He conceded that earlier attempts to strike an agreement were rolled back over “American threats of sanctions.”

Why it matters: Russia is making tacit moves throughout the Middle East to ensure its status as a deal-maker and a reliable mediator amid a turbulent start to the new year.

Last September, Al-Monitor reported on Russian-Iraqi contacts over a potential reinforcement of protection for the Iraqi skies. The contacts followed Israeli strikes on Iran-linked militias. At the time, Popular Mobilization Units (PMU) leader Falih al-Fayadh visited Moscow for talks with the secretary of the Russian Security Council, Nikolai Patrushev, and other officials.

Military-technical cooperation between Russia and Iraq has been on the rise since 2014, when the implementation of previously signed contracts reinforced Iraq’s security system, facilitating the country’s struggle against the Islamic State. Since then, Baghdad’s interest in purchasing Russian missile systems has waxed and waned.

What’s next: Denis Mirgorod, a senior fellow at the North Caucasus-based Institute for Strategic Studies, said that amid the escalation of conflicts in the Middle East, “it seems that the countries of the region are beginning to use an increasingly pragmatic approach in shaping their defense policy.”

“In this regard, the latest news about the intensification of Iraq’s actions to purchase a Russian air defense system seems logical,” he told Al-Monitor, adding that there have been conflicting messages about whether Baghdad is interested in the S-300 or the more modern S-400 system that Russia recently sold to Turkey, sparking a showdown with the United States.

“Most likely, a more modern S-400 will be acquired, the former head of the Iraqi Security and Defense Council, Hakim al-Zamili, announced this in May 2019,” Mirgorod said. “We also note that the ongoing protests in this country should determine Iraq’s foreign policy priorities for a sufficiently long time. And if pro-Iranian political forces come to power, this move can be considered as an integral part of Tehran’s regional policy in the face of increasing pressure.”

Know more: Make sure to read Russia Mideast Editor Maxim Suchkov’s story on how Russia is positioning itself as broker amid Mideast tensions and Ruslan Mamedov’s analysis on how Moscow has engaged Iraq on military technical cooperation.

Ruslan Mamedov and Anton Mardasov contributed to this story