After Iran's Jan. 8 ballistic missile attacks on an Iraqi air base housing US forces, the Pentagon is now challenged with preventing a repeat occurrence. 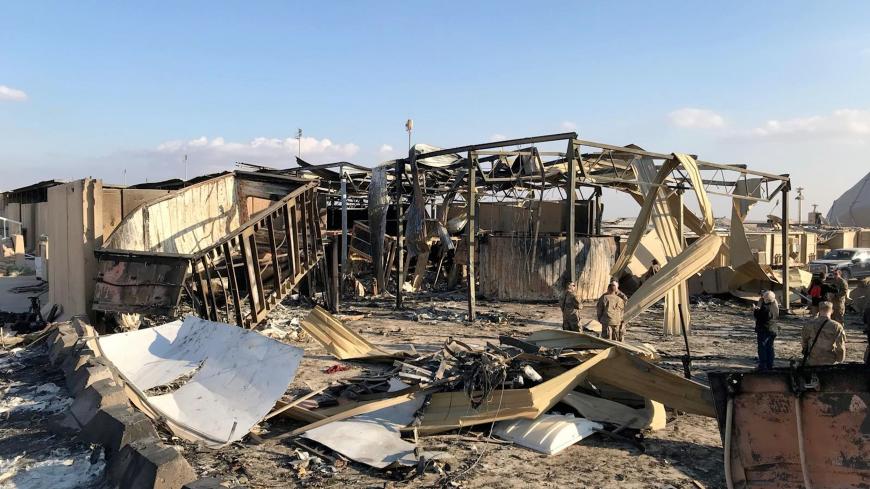 US soldiers inspect the site where an Iranian missile hit at Ain al-Asad air base in Anbar province, Iraq, Jan. 13, 2020. - REUTERS/John Davison

The Pentagon is considering sending additional missile defenses and other capabilities to the Middle East to defend American troops in the wake of Iranian ballistic missile strikes in Iraq Jan. 8.

While Iranian ballistic missiles fired at Ain al-Asad air base and the Erbil airport caused no troop casualties among US or coalition forces, Army Secretary Ryan McCarthy said this morning the strikes reinforced Iran’s ability to target and kill Americans.

“They’re a very capable enemy,” McCarthy said on Wednesday. “They have capabilities that can strike and kill Americans.”

McCarthy said it would ultimately be up to Defense Secretary Mark Esper, his predecessor in the Army’s top civilian role, to decide whether to send reinforcements.

“It could be a variety of enablers, like missile defense and others, so we’re looking at that,” he said, refusing to provide details on what capabilities the Army could send.

Senior US officials said last week the Pentagon was mulling the deployment of more air defenses after the attacks, which Iran said was in retaliation for an American drone strike that killed Quds Force chief Qasem Soleimani at the Baghdad airport earlier this month.

Since a Dec. 27 Iran-backed attack on an Iraqi base in Kirkuk that killed an American contractor, the Pentagon has deployed 3,500 paratroopers from the 82nd Airborne Division to the region, a company-sized element of Army Rangers and the 173rd Airborne Brigade Combat Team.

The Pentagon has steadily beefed up missile defenses in the Middle East, largely to defend Saudi Arabia, since military tensions with Iran have escalated dating back to last May.

Iran has a missile arsenal believed to be around 2,000 projectiles, the largest in the region. The Donald Trump administration has repeatedly called for a new nuclear deal that would end that weapons program.