Important planned developments in Lebanon’s oil and gas sector were postponed this month, adding to delays in the industry. 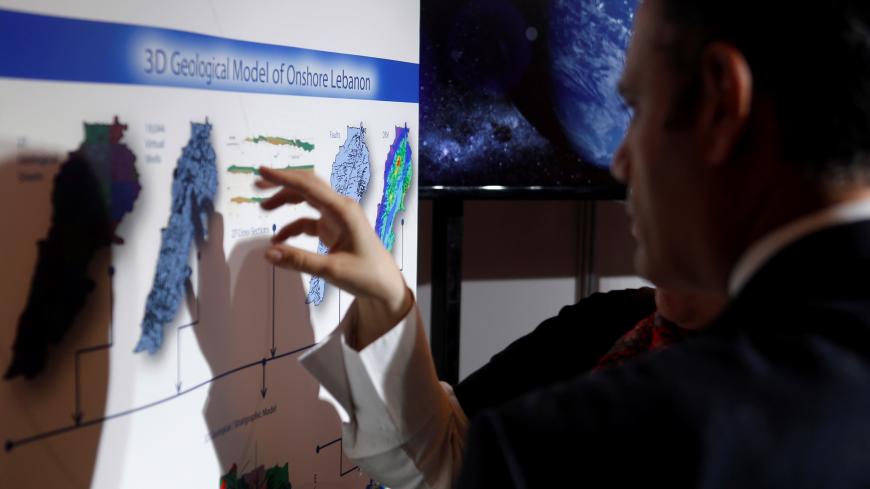 BEIRUT, Lebanon — January 2020 was to be a major month for Lebanon’s budding oil and gas sector, with the first ever offshore exploratory drilling expected to have started and the second round of licensing to close at the end of the month. However, both have been postponed.

The exploratory drilling by a consortium of companies headed by Total SA Ricardo Darré, general manager of Total E&P Liban told LOGI earlier this month that the ship, the Tungsten Explorer, would arrive in January, after a delay.

However, Walid Nasr, acting chairman of the board and head of strategic planning at the government-affiliated Lebanese Petroleum Administration, told Al-Monitor that there was another delay while the ship completed drilling in Egypt, but that it would arrive within two weeks.

The second licensing round for five blocks within Lebanon’s maritime borders was also postponed for three months. Nasr explained the delay was to allow companies more time to prepare their bids.

The delays came against the backdrop of protests that began Oct. 17, 2019, and an economic crisis in Lebanon that has been worsened by unofficial capital controls limiting citizens from withdrawing money and a lack of dollars for key imports.

Under these conditions, many have been looking to the gas sector in Lebanon as a way to boost the economy. Their hope has been bolstered by politicians who have been pointing to the sector as a way to shore up local energy supplies.

However, Lebanon is a long way off from seeing returns from the sector and nearly a decade behind neighboring countries, and in these early stages, predictions are far from certain.

Between September 2012 and October 2013, first as energy minister and later as foreign minister, Gebran Bassil made four different claims about the amount of gas within Lebanon’s maritime border.

Diana Kaissy is the executive director of the Lebanese Oil and Gas Initiative, a nongovernmental organization that lobbies for a transparent and beneficial sector. She told Al-Monitor, “We only have estimates" of around 122 trillion cubic feet of gas and 1.7 billion barrels of oil in the Levant Basin. "We could have zero or we could have some of that. We need to drill to know what our share of it is.”

The predictions specific to Lebanon come from a series of seismic surveys between 2000 and 2013 that are not available to the public.

However, nearby countries have found large deposits of gas, with Israel making two major discoveries by 2010 in the Tamar and Leviathan gas fields and Egypt and Cyprus finding deposits later on.

The government went so far as to open a round of licensing in 2013. However, nothing came of it and the sector stagnated. In 2018 the licensing for two blocks was approved for the only bidder, a consortium of Total, Novatek and ENI.

“I call them the lost years,” Kaissy said. “These four years were not just time lost but also lost opportunities. During this time, Israel was not sleeping; Cyprus wasn’t; there was a big discovery in Egypt.”

Several regional deals have come to fruition in the last 12 months including a trade deal between Israel and Egypt, a controversial maritime border agreement between Turkey and Libya, an ambitious and expensive Israeli-Cyprus-Greece proposed pipeline and the establishment of the East Mediterranean Gas Forum, of which Lebanon is not a member. “The region is now bubbling,” Kaissy said.

Lebanon is aware of the issue. Nasr said, “We are trying to start this cooperation with the countries we work with and we are starting to do this with Egypt and Cyprus.” He added, “I am very pragmatic, [and] we don’t have gas today … but we need to start up discussions to have good relations and this is what we are doing.”

Despite the effort, Charles Ellinas, CEO of the Cyprus-based consultancy ECP Natural Hydrocarbons Company, told Al-Monitor, “It’s a sector in turmoil.” He explained that while there is no one-size-fits-all analysis, natural gas does not have a bright future.

“The demand for [natural gas] is not what it used to be because a substantial amount of the world’s energy is made by renewables, and that will continue [to grow],” Ellinas said.

According to a 2019 McKinsey report, this decade the demand for gas will only see half the growth of the last year and will plateau and even decline after 2035.

Ellinas added that even as demand weakens, new gas deposits are being found. “It’s an oversupplied market,” he said. It's particularly true for Europe, a large market close to the eastern Mediterranean Sea, with a planned pipeline with Russia and the adoption of an ambitious European Green Deal drastically reducing European demand.

Even Cyprus, which first found the Aphrodite gas field back in 2011, “still has seen no serious benefit from gas,” according to Ellinas, who added, “Ten years before it would have been significant, but the new environment we are in now … [consists of] small gas fields and the major companies no longer fund small projects. They go for big things.”

However, Nasr assured Al-Monitor that “several companies” have asked to see the seismic data in Lebanon for the second licensing round, adding, “Every country has its own context. It is not that you have to catch up with every other country; you have a different track.”

But with Cyprus still not seeing returns on gas discovered nearly a decade ago, Lebanon’s track is a long one. Key policies such as the establishment of a sovereign wealth fund that would regulate and formalize how profits — a small amount of which has already been made — from the sector are used and by whom are still waiting for approval.

Furthermore, if gas is found, Lebanon will face an ongoing dispute over territories in Block 9 — leased in 2018 — as well as 8 and 10, which Israel claims are its own.

Kaissy added, “For the sector to proceed, you need a national strategy. We do not have one, so we are working blind.”

Nasr said that because there have not yet been any discoveries of oil and gas, the Lebanese Petroleum Administration has “adopted a scenario planning approach" with multiple strategies depending on what is found during drilling, "not in one document [but many], and it is internal for the government to plan."

However, he added that even in these early days, “The priority is the local market” as nearly all of Lebanon’s fuel is imported and the country still cannot offer 24 hours of electricity a day. While this priority is not explicitly stated in law, Nasr said it's a component of the contracts signed with the companies.

However, Ellinas warned against placing any long term hopes on the sector, saying, “Don’t assume gas will sort out your problems. If you don’t do other things, you will pay the price later. If it comes one day, then it’s an added blessing, but even if some discoveries are made the profits are not going to be enormous.” 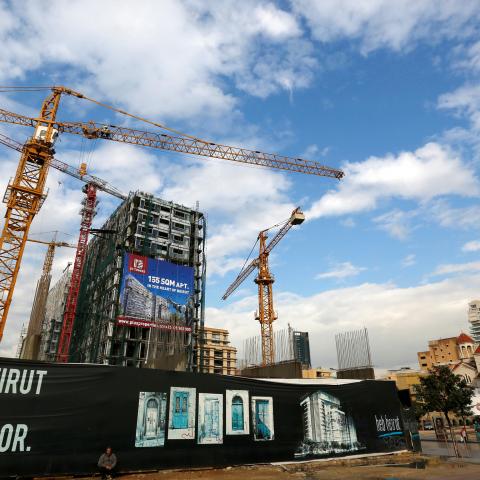