The Islamic Republic is fiercely opposed to Trump's "deal of the century," stating that Muslims will never allow it to happen. 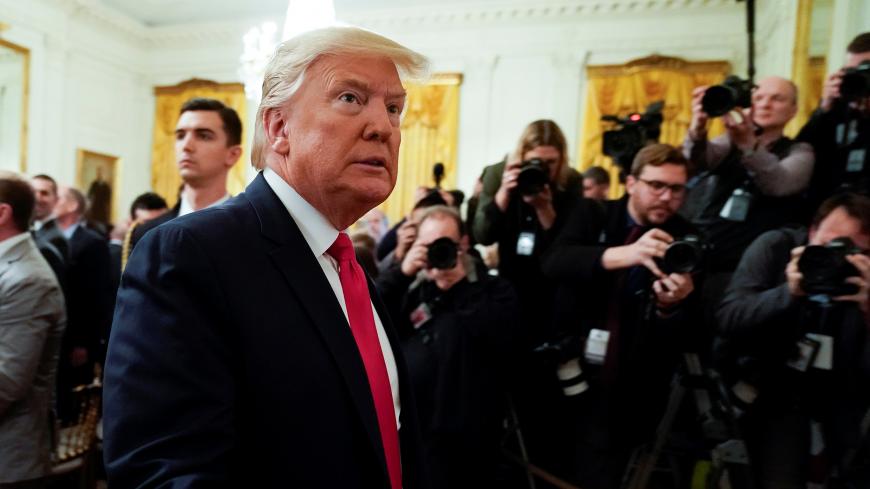 The "deal of the century" unveiled by President Donald Trump as a road map toward Israeli-Palestinian peace was met with furious criticism in Tehran.

Iran’s Foreign Minister Mohammad Javad Zarif called the plan a “dream project by a bankruptcy-ridden real estate developer” and a “nightmare” for the Middle East and the world.

At the international level, Trump’s “vision for peace” is seen as biased toward Israel. And, given the Palestinian rejection of the plan, it's believed it will have little chance of success. Given the Islamic Republic’s historic refusal to recognize Israel, and its unwavering support for the Palestinian cause, a unanimous condemnation from Tehran was no surprise.

Iran has been dismissive of Trump's plan, even when it was still in the pipeline. To signal that Iran's stance remains unchanged, the office of Supreme Leader Ayatollah Ali Khamenei reposted remarks he made in July 2018, when he called the plan a “devilish policy” that Muslim nations will never allow to materialize. Khamenei has, on different occasions, called the Middle East conflict the Islamic world’s top challenge. He has outlined his own version of peace, proposing a referendum that invites all Muslims, Jews and Christians living in occupied Palestine to decide their fate. Other Muslim states, however, have not yet welcomed the plan.

In the wake of Trump’s announcement, Iran hoped to bring other Islamic countries closer to its approach. In a tweet in Arabic, Foreign Ministry spokesman Abbas Mousavi expressed Tehran’s readiness to put aside its differences with some regional countries to work toward uniting the Muslim world “to counter the big conspiracy.” Echoing Khamenei’s position, Mousavi said that Trump’s “treason of the century” is doomed to failure.

Parliamentary speaker Ali Larijani, in a letter to his Muslim counterparts, called for unified work against “the fake plan.” President Hassan Rouhani’s top adviser, Hesameddin Ashena, suggested that the plan could trigger a “new intifada," or armed Palestinian uprising against Israel.

Since its founding in 1979, the Islamic Republic has considered support for the Palestinian resistance an unquestionable fundamental foreign policy tenet, vigorously pursued and translated in the form of funding and arming such movements as Hamas and Islamic Jihad. While the policy is backed by government loyalists, it is also contentious. Some Iranians argue that overseas spending is pointless for a country grappling with domestic economic grievances.

“Neither Gaza nor Lebanon. I shall sacrifice my life for Iran,” Iranians chanted during anti-government protests in 2009. A new version of the slogan resonated in the streets last November, when an unpopular fuel price hike prompted Iranians to protest. Iran's lower and middle classes saw the hike as yet another blow to their already dwindling purchasing power. “The oil income is gone," they shouted. "It has been spent on Palestine.” 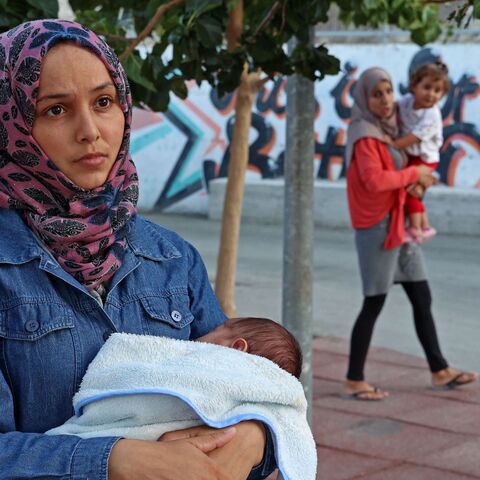 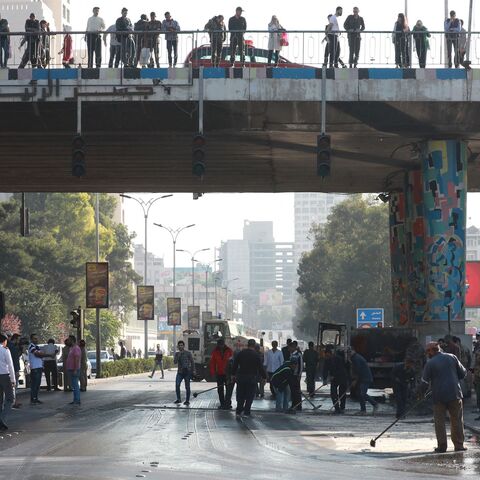