US set to lean on Saudi Arabia in Florida shooting probe

The FBI will rely on Riyadh as it looks into last week's deadly shooting at a naval base. 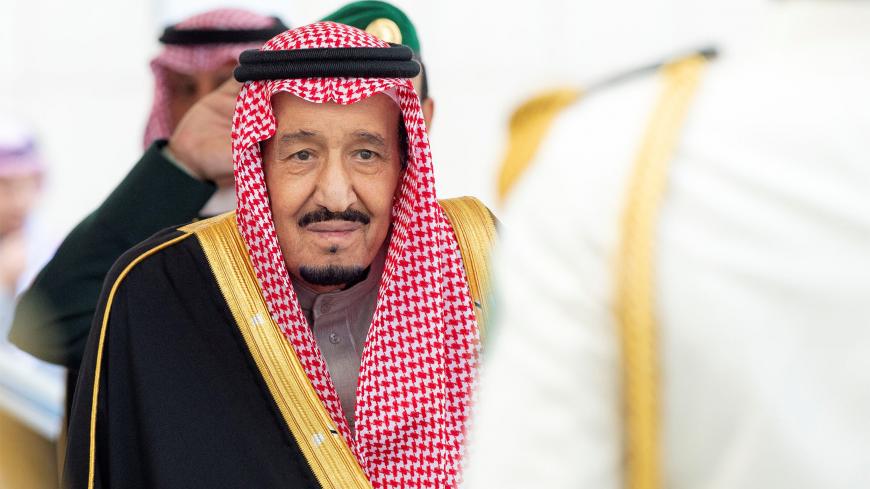 The Donald Trump administration will be leaning heavily on Saudi Arabia as it investigates the shooting at a naval installation in Pensacola, Florida, that left three sailors dead and injured eight people last week.

As the FBI looks for clues into possible links between Mohammed Alshamrani and terror groups, it will rely heavily on Saudi Arabia for information from other Saudi pilots, aviation students and other colleagues on how the deceased suspect was vetted.

Alshamrani — who purchased a handgun used in the shooting after obtaining a Florida hunting license — reportedly lodged complaints over instructors using derogatory epithets against him at the naval base. The city of Pensacola was also hit with cyberattacks that shut down networks, phones and email at some government buildings.

But the case raises questions over how authorities missed signs of radicalization in the Saudi aviation trainee, who showed fellow students videos of mass shootings before carrying out the attacks, experts say.

“The point now is what information Saudi Arabia might have had on him based on his return visits,” said Juliette Kayyem, a former assistant secretary of homeland security during the Barack Obama administration. “The question of recurring vetting has to be asked.”

“The FBI would be very dependent on its law enforcement partners in Saudi Arabia to provide that information,” added Kayyem, who is now a lecturer at Harvard University’s Kennedy School.

US-Saudi ties have already been strained by a number of issues over the past few years, notably the war in Yemen and the 2018 murder of journalist Jamal Khashoggi in a Saudi consulate in Istanbul.

Saudi Arabia avoided condemnation from President Trump, who spoke to King Salman hours after the attack. Additionally, the annual US defense authorization bill will not include provisions to limit munitions to Riyadh. Congress also has not imposed sanctions on those involved in the 2018 murder of journalist Jamal Khashoggi, and Trump vetoed a war powers resolution curbing American involvement in the five-year war in Yemen. Yet the Pentagon has already taken steps to review military training with Riyadh.

On Tuesday, the Defense Department directed a halt to all military operational training for 852 Saudi students in the United States, while the agency’s undersecretary of defense for intelligence, Joseph Kernan, conducts a five to 10 day security review designed to strengthen vetting for all Pentagon trainees coming into the US and granting base access.

"The operational pause only applies to Saudi students, and it will continue until the secretary decides otherwise,” a senior defense official told reporters on Tuesday. Defense Secretary Mark Esper called Saudi Deputy Defense Minister Prince Khalid bin Salman on Tuesday to inform him of the anticipated decision and “received understanding,” the official added, saying the Pentagon had no evidence the shooting was connected to a larger terror ring or conspiracy.

Following the shooting Esper had stressed the importance of these programs to the Pentagon, telling Fox News on Dec. 8 that “the ability to bring foreign students here to train with us is every important to us to building those long term relationships that keep us safer.”

Rights groups and former officials remain concerned that Saudi Arabia — which never publicly resolved the investigation into Khashoggi’s October 2018 death — may escape scrutiny over the killings.

In the wake of the release of the freshly agreed-upon National Defense Authorization Act (NDAA), rights groups that have pressed for the United States to restrict munitions to Saudi Arabia and the United Arab Emirates are concerned that Democrats have not made curbing the war a priority in light of Republican opposition.

“It would be deeply counterproductive to efforts to end the war in Yemen if Congress fails to enact meaningful restrictions on US arms sales and support for the war,” said Abby Maxman, president of Oxfam America. “Moreover, it would be an affront to the majorities of both chambers who have voted multiple times in favor of these measures.”

A source familiar with the negotiations said that Rep. Adam Smith, D-Wash., the chairman of the Armed Services Committee, had recently wavered on an amendment from Rep. Tom Malinowski, D-N.J., that would slap a one-year ban on US provisions of munitions to Riyadh and Abu Dhabi. Several sources with knowledge of the talks said Democratic leadership hasn’t made Yemen a major sticking point in talks.

“It still doesn’t appear these provisions have been a priority in NDAA negotiations, and the Democrats need to prioritize them if they’re to have any hope of passing,” the source said, adding that because Senate Armed Services Chairman Jim Inhofe, R-Okla., and House Armed Services ranking member Mac Thornberry, R-Texas, “have opposed every step of the way any restriction on US support for the Yemen war.”

It’s not clear how long Saudi students will remain grounded after last week’s shootings. But in the Pensacola case, given Alshamrani’s status as a Saudi military trainee, Kayyem, the former DHS official, said it’s not likely Riyadh will be a forthcoming partner in the investigation into his background.

“He was essentially a Saudi government employee who was being paid by the Saudis,” she said. “I would say the track record isn’t confidence-inspiring.”