US re-ups support for Sinai mission

The United States will continue to fund peacekeeping efforts in Egypt’s Sinai Peninsula despite concerns over Russia's influence in the region. 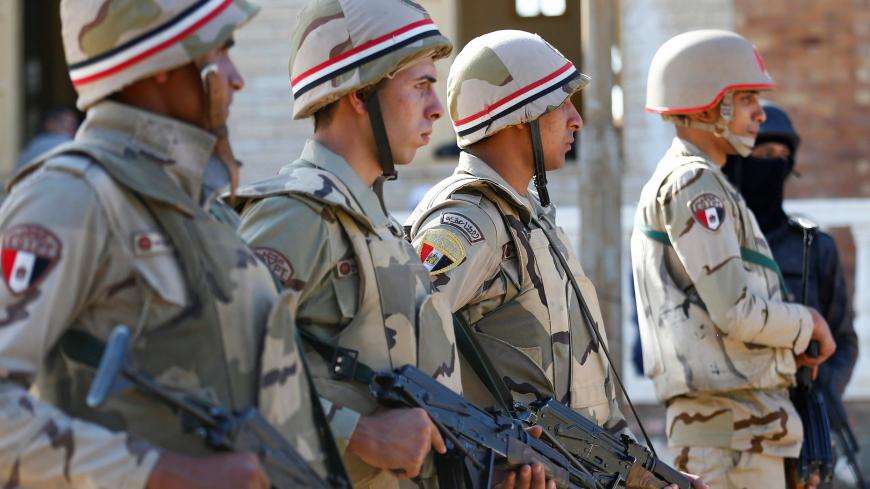 The Donald Trump administration has renewed US commitments to supporting the peacekeeping effort in Egypt’s Sinai Peninsula despite growing Pentagon concerns of Russian influence in the region.

The State Department notified Congress of plans to obligate $10 million for the Multinational Force Observers mission, a State Department official told Al-Monitor, a third of the yearly costs that are split with Egypt and Israel.

“These funds will enable the MFO to continue its mission to monitor implementation of the Egyptian-Israeli peace treaty and related security arrangements by providing uninterrupted support to the MFO,” the official said, using an acronym for the mission now funded through March 2020.

The United States also puts up money to protect 500 US civilians and military units serving in the area since Egypt and Israel signed a peace treaty in 1979.

The Trump administration has reaffirmed longstanding US ties with President Abdel Fattah el-Sisi strained after the 2013 massacre of protesters in Cairo’s Rabaa Square, approving the release of $1.3 billion in American military aid despite human rights concerns. Trump also granted the Egyptian head of state a White House visit as he sought to extend his rule until 2030 ahead of a successful referendum in April.

In his first meeting with a foreign counterpart as defense secretary in July, Mark Esper also urged his Egyptian peer to wage a counterinsurgency-style fight in the Sinai Peninsula. Earlier this year, Human Rights Watch reported 20 extrajudicial killings of detainees in North Sinai and the arbitrary arrests of 50 people, the majority of whom the group said had been forcibly disappeared.

In its annual report on human rights, the State Department said the Egyptian government “did not comprehensively investigate” alleged human rights abuses by security forces, which contributed “to an environment of impunity.”

The Pentagon and other US agencies have also threatened Egypt, floating the possibility of sanctions against Russian weapons buyers after Sisi planned to purchase Sukhoi fighter jets from Moscow. Secretary of State Mike Pompeo has also begun directly pressing Sisi’s government for the release of American prisoners such as Moustafa Kassem, a former New York taxicab driver seized during the Rabaa Square demonstrations.

Russia and Egypt have also both supported eastern warlord Khalifa Haftar’s advance on the Libyan capital of Tripoli. Top administration officials have signaled they are more concerned about the growing relationship between Moscow and Cairo than Russia’s expanding influence in Syria.

“Not as much, because they’ve had a pretty solid footprint there for five years,” Esper told lawmakers at a hearing earlier this month when asked about Pentagon concerns over Russia’s role in Syria. “I’m more concerned about Russia’s expansion into Egypt, Saudi Arabia and other places.”

Current and former US officials have long complained that despite investing in the MFO mission, American inspectors have gotten irregular access to the peninsula. Islamic State affiliates in the area recently affirmed their loyalty to a new leader after Abu Bakr al-Baghdadi was killed during a Delta Force raid in Syria earlier this year.