How Ramallah is resolving electricity crisis

The Ramallah-based government pledged to pay the Jerusalem District Electricity Company the monthly electricity bills on behalf of the refugees in 13 camps, in addition to their accumulated debt, in a step that would end the company's debt and increase hours of supply. 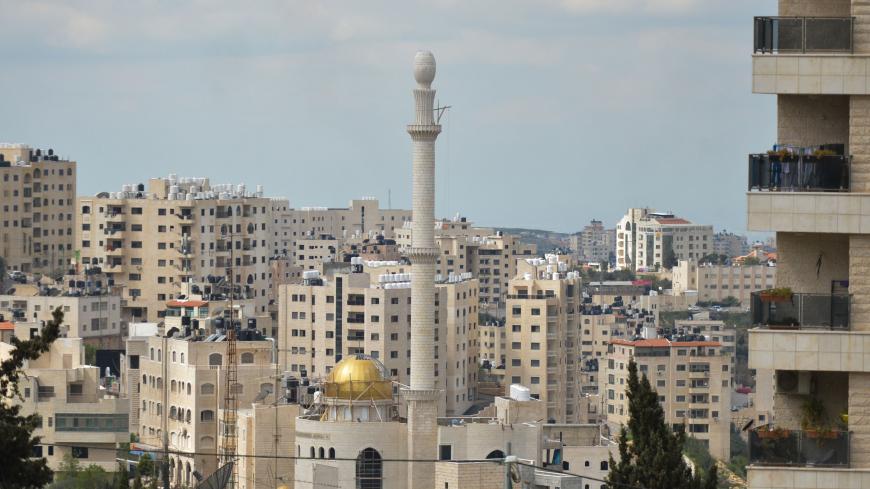 RAMALLAH, West Bank — Under the patronage of Palestinian Prime Minister Mohammad Shtayyeh, the Jerusalem District Electricity Company (JDECO) signed Dec. 29 with eight banks operating in the Palestinian territories a memorandum of understanding under which the banks shall buy JDECO’s entire debt to the Israel Electric Corporation (IEC), which amounts to 670 million shekels ($191.4 million). This is provided that the government pays the banks its financial dues to JDECO in the form of monthly installments.

This agreement followed Shtayyeh’s remarks Dec. 19 that his government decided to settle the electricity bills on behalf of all Palestinian camps. They include bills that have accumulated over the past years and monthly bills that will be issued in 2020.

In a press statement explaining Shtayyeh’s remarks on the same day, Palestinian government spokesperson Ibrahim Melhem indicated this is a part of the government’s efforts to get JDECO — the largest electricity distribution company in the West Bank — out of its crisis.

Melhem noted that it was agreed upon with the company on some steps to improve its debt collection, particularly from the businesses set up in the camps, adding the government will pay the electricity bills on behalf of the camps located in JDECO's concession areas in Ramallah, Bethlehem, Jerusalem and Jericho.

JDECO's crisis has escalated in the past few months with the debt due to the IEC piling up. Subsequently, the IEC began cutting off electricity to Ramallah, Bethlehem, Jerusalem and Jericho over several phases.

On Dec. 26, JDECO announced having received from the IEC a timetable for the fifth phase of power cuts stretching from Dec. 29 to Jan. 2, 2020, for Ramallah and Bethlehem.

The first phase of power cuts began Sept. 22 and ended Oct. 24. The second phase began Nov. 17 and ended Dec. 5; at this time, the IEC cut off three to four lines (areas) for two hours a day, depriving city centers, government headquarters and health centers of electricity for that period of time. During the third phase of the cutoff, from Dec. 15 to Dec. 19, and the fourth phase, which started Dec. 22 ended Dec. 24, the IEC cut off electricity for three hours a day.

The main reason behind JDECO’s dilemma and accumulated debt has been its inability to collect electricity bills from citizens in Area C who refuse to pay and in the 13 Palestinian refugee camps located in its concession area.

The moment the crisis was ignited, the relevant parties — namely the Energy and Natural Resources Authority, the Ministry of Finance and JDECO — strived to get the company out of its crisis. They held multiple meetings to discuss crisis resolution scenarios, particularly the debt due from the camps. On Nov. 26, the Finance Ministry and JDECO came to an agreement in this regard.

Zafer Melhem, chairman of the Energy and Natural Resources Authority, told Al-Monitor that under the agreement, the government will settle electricity bills on behalf of the Palestinian households residing in the refugee camps that are located in JDECO’s concession area. Yet it will not settle the bills on behalf of the businesses or factories in the camps, he added. Melhem pointed out that payments of future electricity bills will be limited to a particular period of time that will be later on fixed and agreed upon.

Melhem indicated the Finance Ministry will be committed to paying the upcoming monthly bills on behalf of the households in 13 camps, ranging between 3.5 and 4.2 million shekels ($1-$1.2 million) a month, beginning in early 2020. “There is a solution to the [problem of the] previous debt, which will be paid in installments as agreed with JDECO, provided that the first installment is paid at the beginning of 2020,” he stated.

Under the agreement, the Finance Ministry pledged to pay the camps’ entire accumulated debt generated from domestic consumption, which the government estimates at 280 million shekels ($80 million), namely 3 million shekels ($857,000) in monthly installments over the next six years, as well as the future bills to the banks. This is while the company shall collect the debt due by the industrial and business consumers in the camps, and bring the defaulters before the judiciary.

Commenting on the payment mechanism of the debt due to the IEC, the chairman and CEO of JDECO, Hisham Al-Omari, said the banks operating in the Palestinian territories will purchase the accumulated debts due by JDECO to the IEC, thus paying JDECO’s entire debt to the IEC. Omari said the Finance Ministry will pay back the banks in installments over the next six years.

Omari said this solution is acceptable and will greatly help solve the company’s crisis. He said JDECO will take firm measures against owners of factories and businesses who refuse to pay for electricity by cutting off their electricity, and they will discuss other options to collect the accumulated bills in cooperation with the government.

He said the total debt due by JDECO amounts to approximately 1.3 billion shekels ($371.4 million) divided into two parts. The first part is 636 million shekels ($181.7 million), the payment of which was frozen per an agreement between the Palestinian Authority and Israel in September 2016. Back then, he said, it was agreed that JDECO would pay the amount in 48 installments after the implementation of said agreement. Yet JDECO has yet to pay given the differences between the two sides on some items. The second part of the debt the banks will buy amounts to 670 million shekels ($191.4 million),” he added.

Omari stressed the need to find a solution for the commercial and industrial sector in the camps through the government and official institutions. “JDECO will exempt no one,” he said, noting that JDECO will work on addressing the illegal tapping into the electricity grid in several areas in coordination with the government. The government needs to enforce the law in the fight against this theft, particularly since the sanctions in this regard are not a deterrent, Omari said in reference to the fact that courts have not been implementing the provisions of the 2009 General Electricity Law.