A day after Mohammed Sekkaki recorded a witty rant against the king and uploaded it to YouTube, Moroccan police raided his home and arrested him. 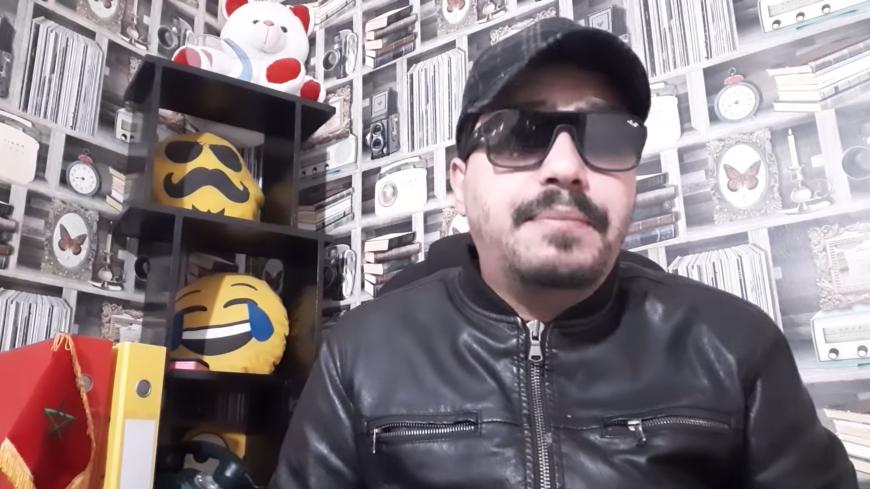 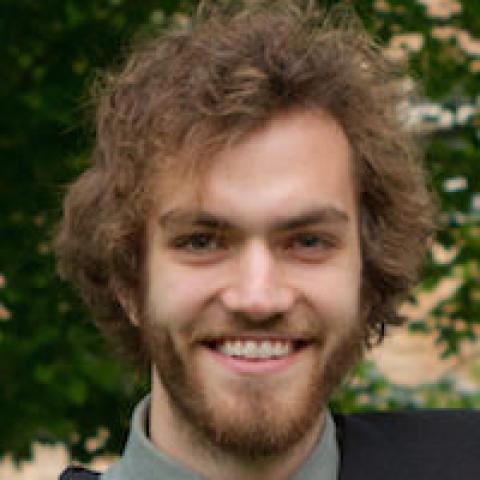 Wearing his signature sunglasses and baseball cap, Mohammed Sekkaki sat down in front of his computer camera to let off some steam. He felt that Mohammed VI, the king ruling his country, Morocco, made big promises that were never kept and his fellow citizens stayed silent while the government abused their rights.

Sitting next to a shelf of emoji pillows, Sekkaki recorded a witty 12-minute rant and uploaded it to his 330,000 YouTube followers. In the early hours of the following morning, on Nov. 30, the police raided his home in the city of Settat and arrested him.

Allegedly prompted by citizens’ complaints, the public prosecutor charged Sekkaki, a popular YouTuber known as Moul Kaskita (Hat Guy), for insulting the public, obscene behavior, drug possession and "contempt of constitutional institutions." The authorities framed his arrest as due justice mainly for offending fellow citizens, whom he roasted as “stupid.” His supporters say it was part of a crackdown on mounting criticism of the country’s leadership.

“There are many people on YouTube who insult Moroccans but are not arrested,” rights activist and political science professor Maati Monjib told Al-Monitor. “When people attack the regime in clear manner — and above all when they speak the name of the king or the police — they are arrested, but [the state] finds other reasons to do so.”

Monjib and other rights defenders say that frustration with deep corruption and scarce economic opportunity is mushrooming in Morocco, while outlets for free expression are dwindling.

The palace controls civil society, political parties and parliament too tightly, he explained, and few newspapers are truly independent. Two key players in one of those papers — Akhbar Al-Youm — were hit this year with damning court cases widely seen as political attacks.

“So people are taking charge themselves, in a suicidal way,” Monjib said. YouTube is still a free platform for discontent, but even there blunt criticism can lead to jail.

Sekkaki has earned some 64 million views on the video-sharing platform since he began making comedy videos seven years ago. In recent months, he has gotten more openly political. He was arrested twice before, once for organizing an unauthorized demonstration. Like many Moroccan YouTubers, his setup is simple — a camera, corner of a room in his house and occasionally some props.

In his incisive video, Sekkaki railed on King Mohammed in no uncertain words. The monarch, he said, stumbles through grandiose but “useless” speeches that he did not write and never result in real action. He complained that the wealthy king often goes jet skiing on the Mediterranean coast, while most Moroccans only can afford to bring their families to the beach every few years. He mocked loyalists who shout “Long Live the King” but lack health care; the king, who gets medical care in France, will live on with or without you, Sekkaki said.

In private, many Moroccans echo his complaints. But Sekkaki’s barefaced public stab at the palace is rare, and illegal — criticizing the king is a criminal offence, according to Morocco’s constitution.

Responding to pro-democracy Arab Spring protests in 2011, Mohammed adopted a new constitution that promised political representation and social freedoms. But since the economy has worsened, emigration has ramped up and the palace still has the final say in all state matters. Discontent has reached a boiling point.

“Promises were not kept,” Monjib said. “The government has no power and local authorities have no power, so [people] want the king to give them justice. But he doesn’t, so they attack him. The Arab Spring also made people less afraid to express themselves, because they feel supported by a good part of the population.”

A week after Sekkaki’s arrest, police arrested another YouTuber, Mohamed Ben Bouddouh, known as Moul Hanout (Shop Owner), after he posted videos criticizing the king. In 2017, Mohamed Taghra (alias Hamza Lhazin), was jailed for 10 months for a video accusing local police of corruption. A man was arrested in February for encouraging protests on Facebook after the navy killed a young, would-be Moroccan emigrant.

Souad Brahma, Sekkaki’s lawyer and a representative of the Moroccan Association of Human Rights, told Al-Monitor that her client is “absolutely innocent.” She added, “He did nothing but freely express his points of view concerning corruption and those who govern.”

Morocco’s clampdown on free expression often comes through the backdoor, rather than as upfront censorship. Detained critics are rarely charged with insulting the regime. Instead, in order to mask an undemocratic system, the state “searches for other crimes to indict them with,” Brahma said.

In Sekkaki’s case, prosecutors accused him of illegally taking money from unnamed foreign sources in exchange for attacking the state. “It’s not true at all,” Brahma told Al-Monitor. “It’s only the [advertising] money that comes from YouTube, like for any other YouTuber.” He expressed his opinions on his own accord, she said.

Sekkaki’s charges also included possession of hashish, which he says police planted in his house. The court also indicted him for insulting the Moroccan public, but “there is no such crime in the Moroccan penal code,” Brahma said.

On Dec. 19, Brahma announced that the trial has been adjourned to December 24, after the public prosecutor added the charge of "insulting the king," which can be punished by six months to two years in prison, and/or a $2,000-$20,000 fine, all of which can be doubled if the defendant defames the private life of the king.

In another case, a Casablanca court dissolved Racines, a cultural nongovernmental organization, in April. The YouTube talk show “1 Dinner, 2 Fools,” described by Human Rights Watch as “one of the very few spaces left for free, uncensored speech in Morocco,” had filmed an episode at Racines’ office in which some guests criticized the king and the police. Instead of persecuting the show or the speakers, the state shuttered the space that hosted them, though it neither organized the event nor posted the video.

In November, Moroccan rapper Gnawi was sentenced to a year in prison after releasing a music video for “Aach Achaab” (“Long Live the People"). The song’s fiery lyrics condemn the king and his advisers, lament economic inequality and mention the incendiary Hirak al-Rif protest movement. But Gnawi was charged with insulting the police in an older video — the two other rappers on “Aach Achaab” were not arrested.

“They made it seem like [Gnawi] said nothing bad about the regime, only about the police, in order to make it easier to swallow — to say that there is freedom of expression in Morocco,” Monjib noted. “The regime is on a razor’s edge. ‘Aach Achaab’ was too much: 20 million views. It couldn’t admit that [the song] insulted the king, because that would mean there is maybe between 10 to 20 million Moroccans who support that. But it had to condemn him.”

Press laws allow the state to shutter any media outlet seen to threaten “Islam, the monarchy, territorial integrity or public order,” and fine or imprison those posting offensive content. It has been known to pressure big corporations to stop advertising in outlets that defy the state’s narrative, forcing them to close or fall in line. This pushed TelQuel magazine’s outspoken founder, Ahmed Benchemsi, to resign and move abroad in 2010.

Morocco’s head of government, Saad Eddine El Othmani, recently insisted that the judiciary is “independent of the executive power and its verdicts must be respected." Sekkaki’s lawyer Brahma rejects that, "It is in the hand of the state, which uses it as it pleases,” she said.

Both Monjib and Brahma believe that these complaints are phony. The state pressured “unknown associations and those aligned with it” to file complaints, Brahma said. “They want it to be seen as normal,” Monjib said. “But the decision was taken by political intelligence.”

Even though Sekkaki called Moroccans “stupid,” his words resonate widely. The claim that political dissidents only represent the liberal elite is “no longer relevant,” insisted Benchemsi, who was a guest on the damning ‘1 Dinner, 2 Fools’ episode. Recurring rural protests, outspoken hip-hop from poor urban youth and these YouTube critics suggest that freedom is something “wanted by everyday people of all classes,” he said.

Sekkaki has millions of views, but other detained YouTubers like Moul Hanout are small players, fed up and filming themselves ranting on grainy phone cameras.

The rapper Lz3er, who also featured on “Aach Achaab,” told The Associated Press, “We voiced what the majority of Moroccans feel but fear to say … and it naturally upset those who do not want change.”