Legislation passed in 2015 reduced Israel's military service to two and a half years for men, but like several previous efforts, the military is trying to block it. 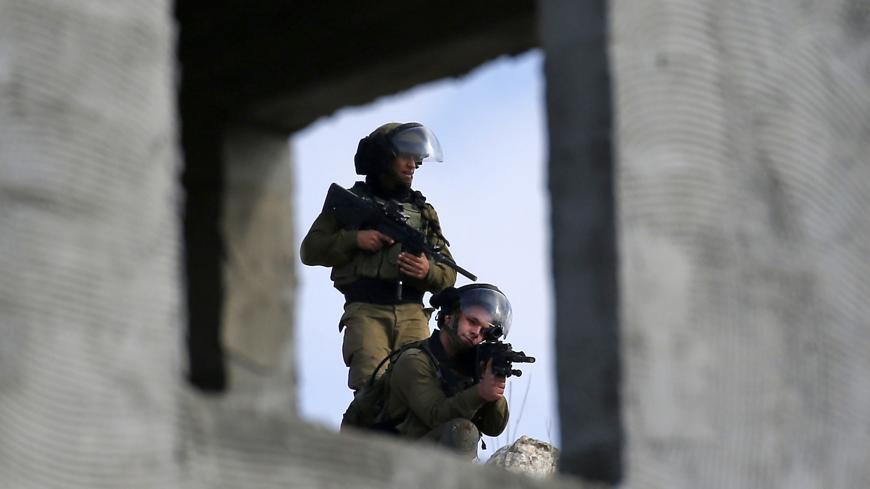 An Israeli soldier looks through the scope of his rifle during clashes with Palestinian demonstrators following a weekly protest against the expropriation of Palestinian land by Israel, Kfar Qaddum, West Bank, Dec. 6, 2019. - JAAFAR ASHTIYEH/AFP via Getty Images

When the Israel Defense Forces was first established, the 1949 defense service law determined that compulsory military service for men would be two years. As for women, the IDF was the first military in the world for which one year of service was made mandatory. Three years later, the law was amended and military service was extended to two and a half years for men and two years for women. Over the years, consensus that this service was too long grew, so in the early 1960s, compulsory service for men was reduced to two years and two months.

The move was supposed to be temporary, as the extension was carried out through emergency regulations (which are a legacy of British rule just under a quarter of a century earlier). The overall impression was that the Israeli democracy, which had the longest compulsory military service in the entire Western world, would eventually reduce it. But even now, 52 years later, we have yet to return to the length of service we had in the 1950s and 1960s.

Much has been said in Israel over the years about the need to reduce the length of compulsory military service. Many people have argued that the country faces no greater dangers than it did in 1949, when compulsory military service was just two years. As a result, several ministers of defense have promised — mostly before elections — that they would reduce it. But then, the army fought back to prevent the change from being carried out. This crucial organization suffers constantly from a lack of manpower and is always able to prove it.

In a way, the IDF is correct. The many tasks imposed on the army bear down heavily on its troops. Nevertheless, the army must prepare itself for a reduction of compulsory service and a cut in manpower and conduct its various missions with fewer soldiers. The problem is that instead of doing so, it keeps going back to the government to present the military threats that the country is facing along with its manpower status, and ask that any reduction in military service be put aside or at least postponed.

A modest piece of legislation in July 2015 reduced compulsory military service for men by four months. The first soldiers to complete this reduced service of two years and eight months were discharged from the IDF in March 2018. Meanwhile, a November 2015 government decision led to another reduction of service to two and a half years for men. The amended law, which calls for soldiers recruited in July 2020 to serve 30 months, was part of a package deal reached by the defense establishment and the Ministry of Finance during discussions over budgets and security. Now the military is trying to block it.

Suddenly, the IDF discovered that reducing military service would harm the professional training that takes place in various branches of the military, at a time when combat units do not have enough troops. Unlike former Chief of Staff Gadi Eizenkot, who stood in favor of cutting down compulsory military service, it looks like the current chief of staff, Aviv Kochavi, has adopted the position of his senior command, which warns that reducing the length of service would have a negative effect on the army’s readiness. Is there any statesman capable of facing off against the IDF and its commander when they warn that the army’s readiness will suffer as a result of their plan?

An extension of military service would require a change in legislation, but such a change requires a functional Knesset. As everybody knows, the Knesset has been dissolved, and it does not involve itself in legislation during this transition period, even if it is the third consecutive transition period this year. Obviously, overturning the reduction of military service would have implications on the budget as well, and that can’t be touched during these endless transition periods either. As a result, the reduction of service remains in place for now.

There are no villains in this story. Anyone who has served in the military and the reserves is aware of the constant shortage of troops and equipment. Civilian authorities don’t really know how to criticize the army, even when they work up the nerve to do so. As a result, they tend to give in to its demands, even when they seem excessive. When the commander of the air force demands another squadron despite the unimaginable cost, or when the head of the Department of Manpower says that there aren’t enough troops, it is very difficult to tell them that they are mistaken. It is difficult to tell them that they could introduce fundamental reforms, that maybe it is possible to upgrade equipment instead of making new purchases and that maybe it is finally possible to build a smarter, smaller army, as some commanders have been advocating for years, even if they haven’t been able to push it through.

The IDF’s demand that the decision to reduce the length of compulsory military service for men be overturned after it was made into law stems from weakness and a lack of self-confidence. Instead of becoming more efficient with all the wonderful and expensive equipment that reaches the army, it is maintaining the same number of troops to use it. That is a serious mistake.

The army is built up around its reserves. Given how much it trains and maintains these forces, it certainly can rely on them. And it should. The regular army should be much smaller, and the length of service should not exceed two and a half years (except in the case of people volunteering to serve longer, of which there are quite a few). Over the next decade, the IDF must prepare itself for two years of compulsory service for men and one year for women, as legislated by the Knesset 70 years ago. That is why, when the IDF approaches the government and the 23rd Knesset to ask that the reduction in the length of service be overturned, it will be up to the decision-makers to send them back to the drawing board to plan for more efficiency.