The silence of Iranian officials regarding the number of those killed in the November protests has concerned even hard-line media. 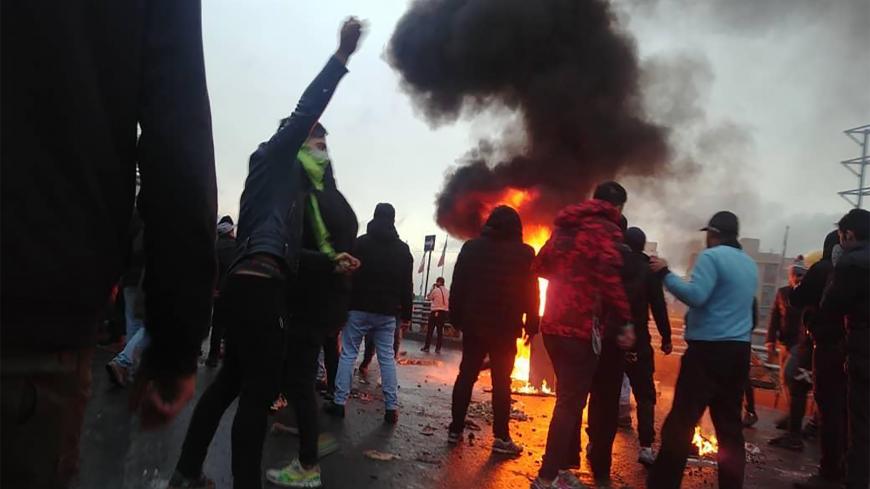 Iranian protesters gather around a fire during a demonstration against an increase in gasoline prices in the capital, Tehran, Nov. 16, 2019. - AFP via Getty Images

Amnesty International has updated its death toll from the protests in Iran in November to 304.

Iranian authorities so far have refused to issue any official numbers, causing frustration even from hard-line media. Abdullah Ganji, the managing editor of Javan, a newspaper linked to the Islamic Revolutionary Guard Corps, wrote an op-ed asking why the official figures have not yet been released. “The reasons for the human causalities from the November riots have not yet been revealed by official centers, but dozens of varying figures of the numbers killed have been mentioned by hostile movements, media and Western figures,” wrote Ganji. Iranian officials often refer to the November protests as “riots” or the “recent events.”

The protests erupted after President Hassan Rouhani announced cuts to fuel subsidies; the demonstrations were met with a harsh crackdown and an extended internet shutdown.

Ganji said the number killed in the recent protests is greater than that in the December 2017-January 2018 protests and the 2009 postelection protests. He said that if officials do not release accurate numbers, others will tell “stories filled with righteousness and spite about this moment in history through a different tale.” He added, “It is not improbable that future generations will read that individuals came to protest over the price of fuel and that the coercive power of the state, without any reason, patience or tolerance,” killed them all.

Ganji said the government’s silence is doing as much harm as the comments made by the country’s enemies. He asked why previous protests, despite having far more participants, had so many fewer killed. Ganji’s op-ed also made an attempt to explain the high number of deaths, saying that some of them took place in front of police buildings, or were related to attacks on ambulances, or were a result of armed conflict or that some of those killed had small weapons such as knives in their hands.

While Javan is typically partisan, the op-ed by Ganji refrains from attacking the administration and appears to be addressing the state on how poorly it has managed the aftermath of one of the bloodiest crackdowns in postrevolutionary Iran. Regardless of the explanations, Ganji, and likely many Iranian officials, realize that if they do not offer explanations or even their own narrative, that the government and media will suffer a major blow in public opinion.

London-based Amnesty International, in addition to placing the death toll from the protests at 304, said, "Children as young as 15 have been detained alongside adults, including in Fashafouyeh prison, Tehran province, which is notorious for torture and other ill-treatment. Other places where detainees have been held are military barracks and schools."

Ganji is not the only conservative figure uneasy about the aftermath of the November protests. Ebrahim Raisi, the head of the judiciary, asked Dec. 16 for local and provincial attorney generals to “make clear the situation of those arrested.” It is believed that the numbers of those detained is in the thousands. Raisi gave a nationwide order to prosecutors that they have 20 days to review the cases of “any individual who has been arrested for any reason … so that individuals … whose detention is not necessary can be set free.”