House Democrats are urging the Donald Trump administration to extend protections for Yemenis living in the United States. 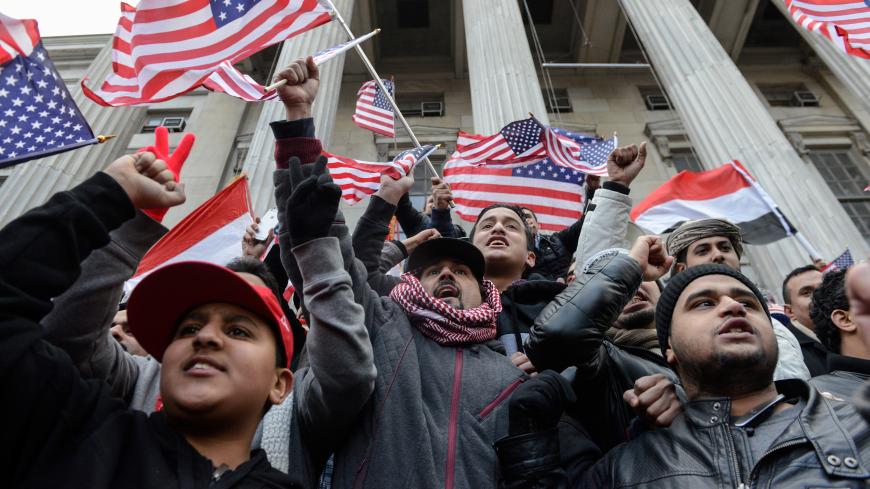 House Democrats are urging the Donald Trump administration to extend protections for Yemenis living in the United States set to expire early next year that could force thousands of exiles back to the war-torn country.

Approximately 1,200 Yemenis are living in the United States under temporary immigration status afforded to foreign nationals from 10 war-torn countries around the world, including Somalia, Sudan, Syria and Yemen. The Trump administration has until early January to decide whether or not to extend the authorization.

Democrats insist that extending the protection is vital to the safety of this group as the United States has sought to help broker a deal to end the five-year war, which has led thousands of Yemenis to seek the immigration protection in major American cities such as Chicago, Detroit, New York, San Francisco and Buffalo.

“Extending and re-designating [Temporary Protected Status] for Yemen is also clearly in the interest of America’s national security,” Rep. Debbie Dingell and 22 other House Democrats wrote in a Dec. 17 letter to acting Secretary of Homeland Security Chad Wolf and Secretary of State Mike Pompeo. “The sudden return of 1,200 Yemenis will not only further undermine the international humanitarian response in Yemen, but also undermine America’s standing amongst our allies while empowering antagonistic state and non-state actors in the region contrary to our longstanding security interests.”

“Failing to extend TPS for Yemenis who have it and re-designate it for eligible individuals will put many men, women, children, and families in jeopardy while undermining the security of the American homeland,” the lawmakers added.

In July 2018, former Homeland Security Secretary Kirstjen Nielsen last extended the measure for an 18-month term that is set to expire in March, stating that safety conditions in the war-torn country would not allow Yemenis living in the United States to return. At the time, the Saudi-led coalition was supporting a major military offensive against one of Yemen’s largest port cities, Hodeida, threatening the flow of humanitarian supplies into the region. The five-year war has displaced 3.6 million Yemenis, according to the United Nations.

The vast majority of TPS recipients have had their stays in the United States extended through at least 2021, after lawsuits challenging the Trump administration’s 2018 decision to end the protection blocked the White House’s order from taking effect, part of a pledge to rein in legal and illegal immigration. For instance, 5,800 Syrians living in the United States under the status are allowed to stay in the United States through 2021.

But the move comes as the Trump administration has worked to block measures to restrict Pentagon support to the Saudi-led coalition in Yemen that many progressive Democrats think are critical to halting the five-year war.

House Armed Services Committee Chairman Adam Smith, D-WA, wavered on provisions in the final $738 billion US defense authorization bill agreed upon by lawmakers earlier this month such as a one-year munitions ban to Saudi Arabia and the United Arab Emirates and a potential challenge to Trump’s war powers that could halt American involvement in Yemen.