The commander of Ahrar al-Sharqiya, an armed faction whose fighters have been accused of extrajudicial killings, spoke to Al-Monitor about his militants' relationship to the eastern Deir ez-Zor region. 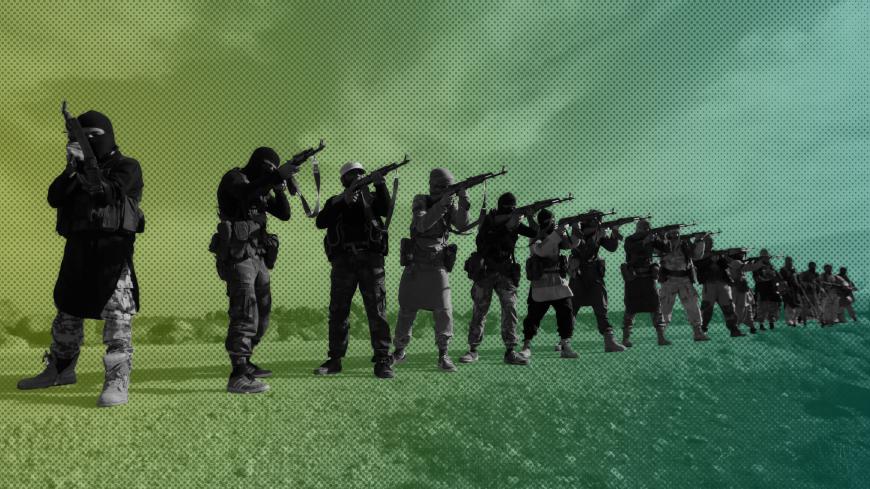 Fighters from the Ahrar al-Sharqiya rebel group aim their weapons during training near the northern Syrian town of al-Rai, Syria, March 20, 2017. - REUTERS/Khalil Ashawi

GAZIANTEP, Turkey — Ahrar al-Sharqiya, or the Free Men of the East, is a Turkish-backed Syrian National Army (SNA) group that has gained a reputation for brutality. The group has attracted attention after Kurdish politician Hevrin Khalaf was killed at a checkpoint on the M4 highway in northeastern Syria and videos emerged that point to possible war crimes.

The fighters’ appearance, with their long black hair and beards, are reminiscent of what many associate with Islamic State fighters.

Several Deir ez-Zor sources told Al-Monitor that they do not approve of the brutal methods the group has allegedly used but that the crimes of their opponents, the Kurdish-led Syrian Democratic Forces (SDF), have been ignored.

Ahrar al-Sharqiya commander Abu Hatem Shaqra is notoriously media-averse, but spoke to this reporter multiple times in Whatsapp conversations in early November. He refused to address Khalaf’s killing beyond saying that individuals in “every armed force in the world make mistakes.” Shaqra said he lost men in the fighting.

The SNA has reportedly opened an investigation into the incident.

The “safe zone” in northeastern Syria has both Kurdish and Arab native inhabitants but was until recently entirely under the administration of the SDF, which defeated IS in the area with international coalition assistance early this year. Fighting in the border area between Turkish-backed SNA groups — of which Ahrar al-Sharqiya is only one of many — and the SDF have resulted in losses for both sides.

Deir ez-Zor, where most of the Ahrar al-Sharqiya’s fighters are from, is a predominantly Arab province along the border with Iraq. Most of the wedge between the Euphrates River and the border is currently under SDF control, while the western part and the regional capital are under the control of Syrian regime and allied forces.

Many Deir ez-Zor fighters were unhappy their home provinces had been taken over by Kurdish-led SDF fighters instead of local groups, which they say failed to get international support. Some continue to cite a video in which the People's Protection Units (YPG) parade the bodies of Free Syrian Army (FSA) fighters in Afrin as an example of the YPG’s brutality.

Shaqra told Al-Monitor that two of his brothers were killed by IS. He said that one had fought with the FSA and one was a civilian, but both had been killed because of him and his involvement in fighting against IS.

In an interview in 2016, Shaqra told this reporter he had fought with the Habib Mustafa Brigade against the Syrian regime in Eastern Ghouta, where an alleged deadly 2013 chemical attack killed hundreds of civilians; and then in Deir ez-Zor and other places with Ahrar al-Sham prior to the founding of Ahrar al-Sharqiya in late 2015.

He told Al-Monitor, “I left Deir ez-Zor for the last time the day before IS took the city” in 2014 and has not been able to go back since, first because of IS and now because of the SDF.

Many Arabs in Deir ez-Zor claim to be subjected to abuses by the SDF but still see it as better than the regime, Al-Monitor was told during a visit to the eastern tribal area earlier this year. The SDF espouses an ideology that includes equality between men and women but has long been accused of “disappearing” both Arabs and Kurds that disagree with its ideology, forcible conscription and recruitment of child soldiers.

Many Deir ez-Zor natives rose up against the Syrian regime starting in 2011 and fear being arrested, kidnapped or “disappeared” should President Bashar al-Assad’s troops reenter the area.

They have long seen the YPG as having close relations with the Syrian government.

Ahmed al-Sawadi, the founder of the online media outlet Euphrates Post who was instrumental in getting information out of IS-held areas, told Al-Monitor in an interview in late October 2019, “All my male relatives still in Deir ez-Zor are packing up and getting ready to leave at a moment’s notice” if the regime and the SDF were to make a deal in that area like in the northern part of the SDF-held area after US troops withdrew.

US troops have since gone back to bases in Deir ez-Zor, allegedly to protect oil fields, but it is not clear how long they will remain.

On the killing of Khalaf, Sawadi said that YPG fighters often disguise themselves as civilians and they may have assumed the woman was a fighter. He noted, however, that the killing should be considered a war crime.

The Kurdish YPG, the main component of the SDF, is linked to the Kurdistan Workers Party (PKK), which is officially considered a terrorist organization in the United States, the European Union and Turkey. Many of the SDF’s leaders spent years or decades in the PKK prior to joining the SDF. Turkey has been in a decades-long conflict with the PKK and considers it as much of a risk as IS and al-Qaeda.

Many reports have attributed al-Qaeda ideology to Ahrar al-Sharqiya and linked the group to Abu Maria al-Qahtani, an Iraqi national and former Jabhat al-Nusra commander in Syria. Shaqra denied these claims to this reporter both in the 2016 interview and in the Whatsapp conversation in November.

In April 2016, this reporter interviewed the other main commander of Ahrar al-Sharqiya at that time, a former first lieutenant for the regime known as Abu Ishaq al-Ahwazi.

Ahwazi would then and years later describe Qahtani as a “hero.” He subsequently argued with Shaqra, leaving the group that year, and was helped by another FSA commander to return to eastern Syria after allegedly receiving pledges of assistance to form a group of Arab fighters to retake their province.

When no assistance materialized, Ahwazi joined the SDF and helped them in the fight for his home province of Deir ez-Zor, sending videos of himself fighting in the Hejin battle to the few friends from Deir ez-Zor who continued to be in contact with him after the “traitorous” move of joining the Kurdish-led force.

In early 2019, he was killed in a suspicious attack, allegedly by IS, near his home town.

Deir ez-Zor is an area with strong tribal links. However, the man who was the official leader of Shaqra’s tribe, Nawaf al-Bashir from the Baggara, is now on a different side.

This reporter interviewed Bashir in 2014 and 2016, when he was still officially with the opposition. In the first interview, he had said on the issue of tribal relations, “The regime is better than the opposition because it gave us [tribal leaders] our rights.” He joined the regime in early 2017.

Shaqra told Al-Monitor in 2016, “We respect Nawaf and he is our leader,” but in the conversations earlier this month he refused to discuss the issue. 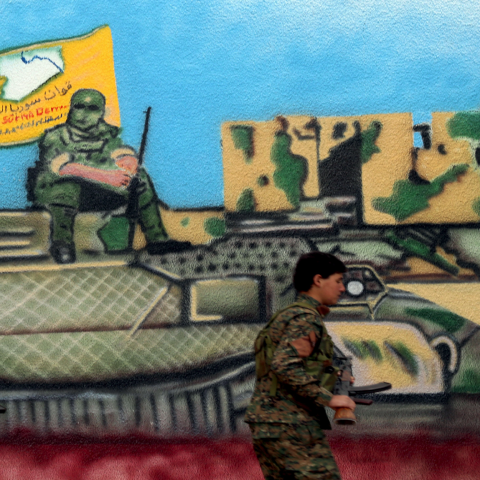 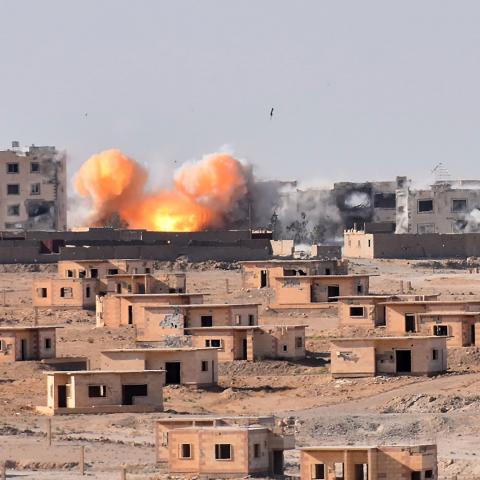 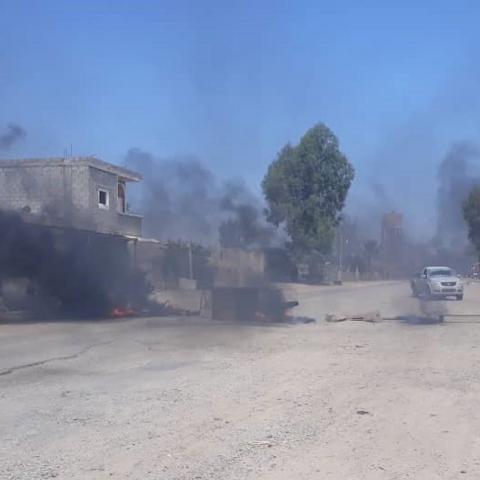