Israel: plenty of bread but no butter

Since the price of butter is controlled by the government, Israeli dairies prefer using the butterfat for other dairy products. 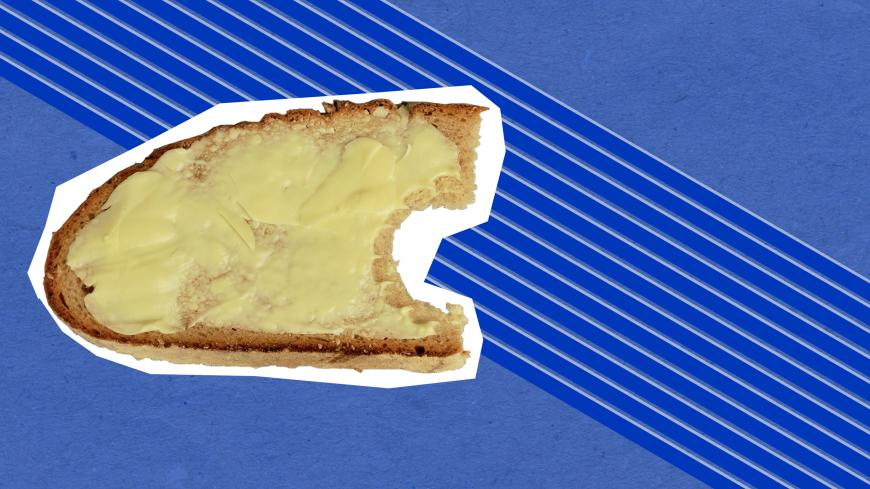 Awareness of the shortage only exacerbates the situation. When butter does appear in the shops, consumers purchase much more than they plan to use. One advantage of butter, compared with other dairy products, is that it has a long shelf life, meaning that consumers can buy it in bulk. In response, some shops have introduced “rationing,” limiting the purchase of butter to just 200 grams (7 ounces) per customer. In some way, this is reminiscent of the period of austerity in the early days of statehood in the 1950s.

There are several reasons for this shortage of butter, including a decline in local manufacturing, a decline in imports and an increase in consumption. According to data provided by StoreNext Ltd., most importers failed to take advantage of high caps on the amount of butter they could import, and actually cut back on butter imports from overseas.

The reason for this is economic. While the price of butter increased 140% on the international market in 2017, Israeli importers were required to sell butter locally at a controlled price (3.94 Israeli shekels per 100 grams, or $1.14), meaning that imports were not worthwhile economically. At the same time, dairy products manufacturer Tara cut its production of butter by 50% in 2018, and by another 80% in the first half of 2019 alone. What this means is that while Tara produced 416 metric tons of butter in 2017, in 2019 it produced just 28 metric tons.

Tnuva, which controls 50% of the market for dairy products, did increase its manufacture of butter by 28% in 2018 (4,576 metric tons), but it has yet to meet demand, which is estimated to be another 5,000 metric tons per year. In the first half of 2019, it actually reduced manufacturing by 15%, and another reduction is anticipated by year’s end.

Sources in the dairy industry claim that dairy manufacturers are ignoring requests for butter in an effort to protest existing price controls, since these leave them with serious financial losses. To better understand the story, however, it is necessary to go back to the dairy farms. The fact is that the milk that people put in their coffee has very little to do with the product that farmers get from their cows. That milk is subjected to all sorts of chemical processes, and its main component, butterfat, is extracted from it. As the most desirable byproduct of the milking process, butterfat is then used to produce a variety of dairy products.

Butter consists of more than 80% butterfat. Selling this expensive product at a controlled price of just 3.94 shekels per 100 grams, including value-added tax, results in significant financial losses. It is only natural that dairy manufacturers would prefer to use the butterfat to produce dairy treats and yogurts, since their prices are not controlled by the government.

“The major dairy manufacturers do not produce enough butter, because they want to get the government to increase the controlled prices,” Yaara Mitzri, a dairy farmer from the village of Nitzanei Oz, told Al-Monitor. “Tnuva and Tara would have no problem producing butter to feed the entire country, but they prefer to use the butterfat to produce items that pay better, or for export. I can tell you with absolute certainty that if the price that is controlled goes up, everyone will see that there is no shortage on the shelves.”

Tnuva has a slightly different version of this story. “Even though Tara and the importers failed to meet the demand for butter, we actually increased our production by 28% in 2018,” a source in Tnuva told Al-Monitor on condition of anonymity. He then went on to blame the government for the crisis. “The only way to resolve this crisis is to reduce the number of importers and increase their caps, so that it is more worth their while to import it. Tnuva is willing to import butter and sell it at no profit.” When asked why Tnuva doesn’t just produce enough butter to meet demand, the company said that there is a shortage of butterfat.

Mitzri rejects this claim. “Israel has no shortage of milk to produce butter. On the contrary, we produce too much and are fined for it. This forces dairy farmers to make all sorts of deals. For example, they sell their milk to the Palestinian Authority so as not to lose money. If, however, they used all the milk produced by Israeli dairy farms, there would be no shortage of butter on the supermarket shelves.”

Another explanation for the shortage of butter is an increase in butter consumption worldwide, and an even greater increase in Israel. Figures from the dairy market indicate that the consumption of butter in Israel increased by 9.3%, as did the consumption of high fat cheeses and other dairy products, which are not subject to government-imposed price controls. Bloomberg News reported that an increase of another 3% in butter consumption is anticipated worldwide, while production is increasing by just 2.5%. As a result, the price of butterfat for butter in Western Europe reached a record high of $7,000 per metric ton in early 2018.

“I see a growing trend of people moving to healthier, more natural products,” pastry chef Shalom Lieder told Al-Monitor. “Over the last few years, margarine, a popular alternative to butter, has undergone a process of delegitimization. I believe that this is justified, given its high transfat content.” Lieder said that this trend of sourcing butterfat naturally will only increase over time.

The dairy market in Israel is controlled and closed. The government determines the amount of milk that each dairy farm can produce, the price those farms can charge dairies for their milk and the prices that those dairies and stores can charge consumers. It is also a politically volatile market. The triggers for the major social protests (social justice demonstrations) in the first half of the decade were the high price of cottage cheese (2011) and Milky chocolate pudding treats (2014). Despite the ensuing reforms, the price of dairy products in Israel is still 25% higher than the price of similar products in Europe.

As a temporary solution to this problem, the government wants to increase caps on butter imports exempt from tariffs. The problem is that this will not solve the problems of the dairy market in Israel. It needs a comprehensive reform that will free it from the archaic ideas that are ultimately responsible for the rationing of butter in Israel in 2019.