Iraqis are rising up against their corrupt government, but how can these revolutionary protests lead to lasting change? 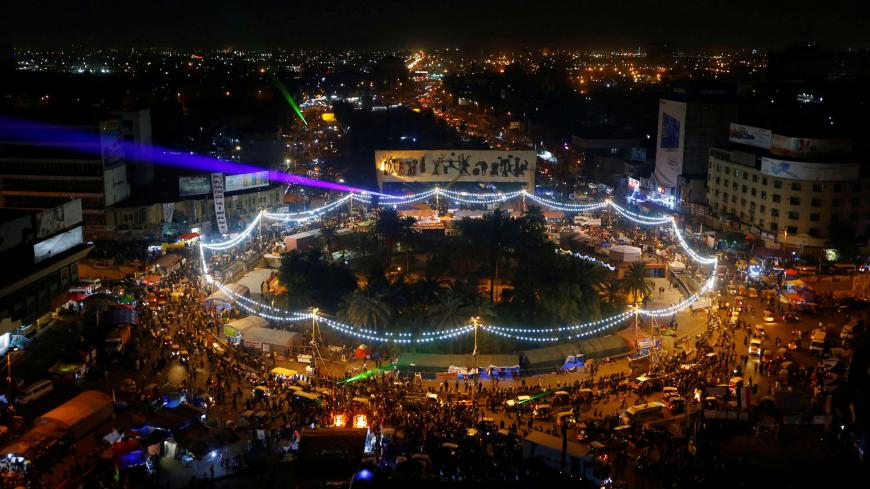 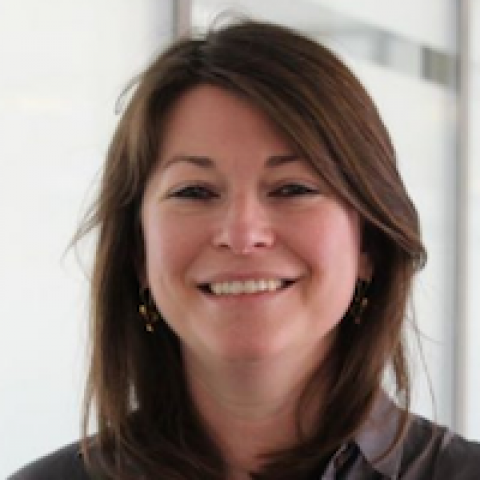 After weeks of mass protests in Iraq, there are signs that the government’s patience is waning. Its current response — a mixture of spending and reform promises combined with violent security measures (at least 320 have been killed and approximately 15,000 injured) — has not placated the demonstrators. Scared by the threat to its interests, the political elite is shifting to sticks alone to quell the protests.

An incremental crackdown may temper protesters in the short term, but it is unlikely to break the spirit of Iraqi demonstrators. Something has happened in Iraq these past few weeks, which the government — and the international community — would do well to recognize. Iraqis’ patience with a self-serving, inept ruling elite is over. They are no longer scared to demand their rights, having shown themselves and others what they can do. The movement has given hope where there was a deep hopelessness. As an Iraqi protester from Baghdad told Al-Monitor, it is a “wakeup call. And there are no more red lines.”

Nowhere has this been clearer than in Baghdad’s Tahrir Square, the epicenter of the demonstrations, where protesters have displayed their collective spirit and capabilities in ways that are quintessentially Iraqi.

Iraqi talents, culture, generosity, resourcefulness, ingenuity and wit, which have often been hidden from much of the world through years of dictatorships, wars, sanctions and corrupt, sectarian politics, have burst forth. The demonstrators are showing they are a nation in search of a homeland, and in Tahrir Square, they have shown the world how they want it to be.

While the streets of Baghdad are in disrepair, Tahrir Square boasts a trash service and volunteer street cleaners. Services that the Iraqi state has failed to provide comprehensively, despite multibillion-dollar budgets, have been established: health care, electricity and water. A derelict high-rise that has stood half-finished since 1991 has become the movement’s headquarters, even housing a bookstore. Informal transportation services are offered via the famed tuk-tuks, which double as ambulances and everything else. Outdoor buffets offer free food, and the square has at least one newspaper that publishes the protesters’ demands. Signs display an Iraqi humor that has persisted in the face of adversity. The scene has a carnival air similar to the amusement parks all over the country. People dance. They recite poetry and sing historic, patriotic, modern and religious songs. Nearly every wall is covered with murals and clever graffiti depicting protest scenes and slogans. Halls and paintings that have sat in disrepair for years have been brought back to life.

This is rule by the people for the people. Protesters are seizing their country, which was wrenched from them by a corrupt government. In doing so they reaffirm their Iraqiness in the most positive ways. They have even set up reverse checkpoints that welcome citizens but exclude the armed forces. Communities intermingle; different sectors of society stand side by side. Patriotism is on full display. Iraqi flags are everywhere. Women are highly visible. There is a clear rejection of sectarianism, as “Iraqi” identity is emphasized. Everyone helps each other by whatever means — money, chaperones, medical care, internet. There is even a laundry service. And those who cannot or will not protest help in other ways, through donations and supplies.

The scenes are both uniquely Iraqi and unexceptional at the same time. On display is how citizens act in a free society when they have a stake in the system. It is a show of what Iraqi society could be — al-Iraq al-Musagher (mini Iraq) set on an iconic roundabout.

None of this comes as any surprise to those familiar with Iraq and its people.

Over the past 10 years that I have lived and worked in the country. Visiting villages, towns and cities across Iraq, I have met a spectrum of people. Most were not much different from people anywhere else. They have been through their share of horrors — more than most societies — and none were happy with the current state of affairs. Some fled looking for a better life, others stayed, believing they could make a future for themselves.

Despite their travails, most shared a deep patriotism, one that trumped the religious and communal identities that the mainstream political parties have deployed since 2003 to cement their power. “I never knew if I was Sunni or Shiite growing up” is a common refrain when identity is brought up in conversation.

Local community support and informal networks have sustained society. Where the state has been found wanting, local citizens have found ways around the problem. Shared electricity, shared satellite dishes, extended support groups; ride sharing, knowledge sharing, the internet as a vehicle for all. If there are no soccer fields or art studios, people still manage to play and paint. Most Iraqis who speak English today learned it alone, from YouTube, movies and TV shows. What Iraqis do for themselves and each other on a daily basis is what is on display in Tahrir Square.

Similarly, entrepreneurship is flourishing. Startups, including Iraq’s version of Amazon, a grocery-delivery service, coworking spaces and culture cafes, have grown by being outside the purview of the government There is no shortage of talent or determination to create opportunities in areas where the government has failed. Independent civil society groups, youth and women’s organizations have made major headway.

This is the unique Iraqi brand of resourcefulness and creativity, and if harnessed, it could be used to build a better state, society and economy.

To do this, however, won’t be easy, especially when people are up against an entrenched state that has shown it will use violence to stay in power. The Arab Spring and other revolutions show the challenges of maintaining revolutionary momentum and turning it into a successful political transition.

If protesters are to have any hope of longer-term success, they will need to organize better and outline a clear transition road map. Otherwise, the government will seize the reform initiative and water it down to preserve its interests while justifying a massive crackdown.

The protesters need to develop a coherent leadership. Thus far, protest leaders, if they exist, have remained in the shadows to avoid intimidation, arrest and assassination by security forces, and cooptation by political leadership. But this also limits their power to create bridges to the few government leaders who are receptive to real reform. These leaders have no one to negotiate with, and their protest counterparts have no voice at the table.

Creating bridges is an area where Washington and the international community can play an intermediary role to bring together the protesters and pro-reformists among the political elite. It also offers Washington an opportunity to reinvest in Iraq in apolitical ways — developing soft-power tools in civil society, women and youth groups, entrepreneurship and, most importantly, education. The Iraqi people are yearning not just for jobs but for life — and this is something various US agencies can support.

Washington can also work from the top to isolate and pressure Iraqi leaders complicit in violence, and to forcefully condemn and work to prevent further casualties. The United States must tread lightly — too much political intervention could backfire. Iraq has not been a US policy priority for a while, and American leverage is limited due to a reduction of its diplomatic presence. The United States would have to rebuild its influence and make its policy about Iraq, not just Iran. Considering Iraq’s centrality to the region, what we have seen from protesters and that we do still have allies there, this would be well worth the diplomatic investment.

This desire for a better life, and the willingness to fight for it, the ability to build something new, is exactly what these protesters represent. They reflect some of the true Iraqi and human spirit. They are unlikely anything the country has witnessed in its modern history. They are the future of Iraq. Even if the government puts them down this time, they will be back. They’re determined to prevail, and Iraq is likely to be a better place if and when they do. 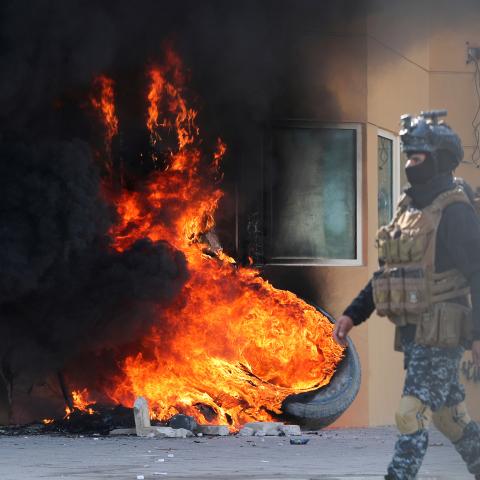