Intel: How two senators could force Trump to ban US arm sales to Turkey 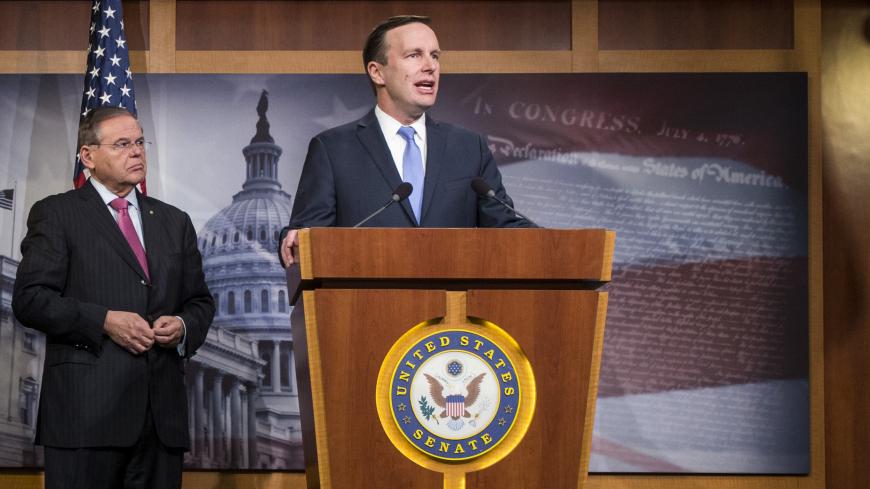 President Donald Trump is moving ahead with his plans to host Turkish President Recep Tayyip Erdogan at the White House next week while congressional efforts to sanction Turkey have stalled in the Senate. But two senators are pushing legislation that could ultimately force Trump to ban US arms sales to Ankara.

The top Democrat on the Senate Foreign Relations Committee, Bob Menendez, D-N.J., and Sen. Chris Murphy, D-Conn., laid the groundwork to do that today by introducing a seemingly innocuous resolution that would require Secretary of State Mike Pompeo to report on potential Turkish human rights abuses in Syria.

Expedited procedures laid out under the Foreign Assistance Act allow the senators to force a floor vote on the legislation, which would only need 51 votes to pass and would not require House action.

Why it matters:  The resolution has implications that go far beyond simple reporting requirements. If it passes the Senate, Pompeo would have one month to submit the human rights report, which must include an assessment of whether the United States should continue security assistance to Turkey. Regardless of Pompeo’s assessment, Menendez and Murphy could then use the Foreign Assistance Act to force a vote on a follow-up resolution to ban or restrict US arms sales to Turkey. If Pompeo fails to submit the report, the Foreign Assistance Act requires the Trump administration to end all security assistance for Turkey.

Sanctions:  The House overwhelmingly passed a stringent Turkey sanctions bill 403-16 last week that includes a ban on US arms sales to Turkey. But Majority Leader Mitch McConnell, R-Ky., has all but ruled out a vote in the Senate, dismissing the sanctions as an overly broad and emotional response unlikely to alter Turkey’s behavior.

“I want us to act strategically when it comes to imposing sanctions against Turkey instead of acting out of anger, and then I think we have to step back and really think about the broader utility of sanctions today,” Murphy told Al-Monitor in an interview.

What’s next:  Still, Menendez has his own sanctions package with Senate Foreign Relations Committee Chairman James Risch, R-Idaho, and told Al-Monitor that he hopes the committee will advance the legislation “next week.” That could set the committee up for a markup right as Erdogan arrives in Washington for his meeting with Trump.