Egypt has entered into talks with the International Monetary Fund to discuss a new financing package for the country, whose current economic reform program expires this month. 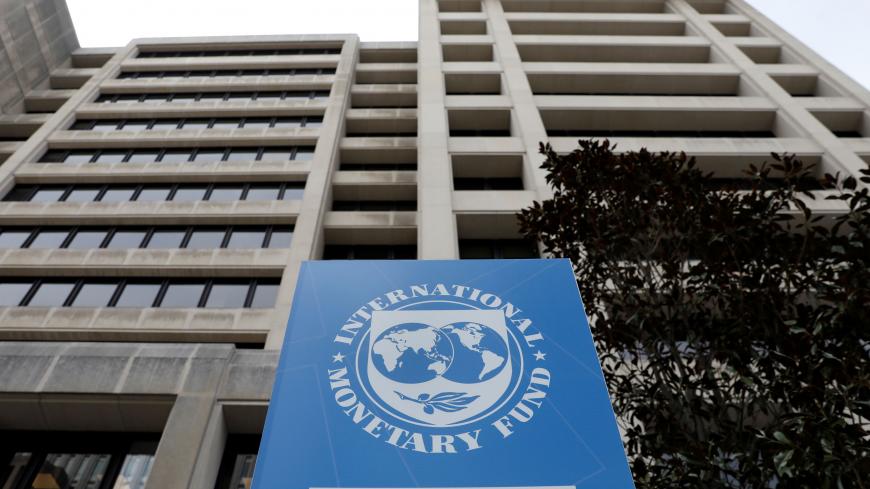 The International Monetary Fund headquarters building is seen ahead of the IMF/World Bank spring meetings in Washington, April 8, 2019. - REUTERS/Yuri Gripas

Speaking to Euromoney magazine Oct. 25, Maait voiced Egypt’s ambition to “agree on a new IMF funding package by the end of March.”

Maait noted that the Egyptian government has made several structural reforms to attract investors and stimulate Egyptian Stock Exchange trading. He also pointed to the website launched by the Ministry of Trade and Industry in October, through which investors can directly purchase land allocated for industrial investment.

He also recalled the term sheet, signed between the Ministry of Finance and Euroclear Oct. 18, to efficiently manage Egypt’s public debt. “Egypt is working with Euroclear to enable its debt to be cleared outside of the country that would bring in more international investors and lower the cost of its local currency debt,” Euromoney said.

“We know we have to take a lot of steps to open the door to more private sector participation in our economy and attract new foreign investment,” the magazine quoted Maait as saying.

In June, Maait had told Bloomberg Television that Egypt was negotiating with the IMF the signature of a non-loan deal by October.

However, at a press briefing June 27 on the sidelines of the G-20 summit, Camilla Andersen, assistant director of the IMF Communications Department, denied any such negotiations.

“On Egypt we are not currently negotiating a new IMF-supported program. The priority at this junction is to successfully complete the current program. Discussions regarding the nature of any future engagement would come after that.” Andersen said.

The last tranche of the $12 billion IMF loan facility extended in late 2016 was disbursed on Aug. 5.

So far, neither the Egyptian Finance Ministry nor the IMF have revealed any details about the nature or duration of the potential new financing deal.

But Bank of America Merrill Lynch stated in a research note published Oct. 26 by Egyptian economic news website Al-Borsanews that Egypt's negotiations with the IMF may result in a non-loan deal with a mandatory reserve tranche.

Jihad Azour, IMF director of the Middle East and Central Asia Department, told reporters in Washington on Oct. 18, “The consultations are ongoing between the Egyptian government and the IMF to enhance this partnership that, in the future, should be designed to continue the structural reforms that contribute to enhancing the social safety net.”

He added, “In the past segment that concluded in June this year, Egypt managed to achieve tangible progress along a number of macroeconomic indicators, including significant improvement in the fiscal situation; a sharp rise in foreign reserves, a decline in inflation that is expected to be below expectations, between 4% to 5% by the end of the year.”

Salma Hussein, a journalist and researcher in economics and public policies, believes the deal between Egypt and the IMF is expected. “But this does not mean obtaining a new loan,” she told Al-Monitor. “Rather, a mandatory reserve tranche would be agreed upon as a guarantee enabling Egypt to borrow from the less interest-bearing debt markets.”

She argued that the economic program under which Egypt would get the IMF deal is not expected to have the same social impact on the Egyptian citizen. “The new program will focus on privatization and the sale of the public sector.”

Lamenting that the previous IMF program has crippled the public sector and halted employment in it, which generated a severe shortage in many sectors of the administrative apparatus, Hussein pointed out that Egypt is currently negotiating to appoint one employee for every five employees placed on retirement.

“The expected program would include imposing more taxes on Egyptians,” she said. “This would cause more suffering. The IMF prefers — as its officials claim — to impose direct taxes on capital. But, on the ground, indirect taxes or taxes on wages and salaries are being imposed, such as the income tax and the value-added tax.”

Al-Monitor also spoke to Alia El Mahdi, professor of economics and political science at Cairo University. She said that negotiations between Egypt and the IMF will not be difficult, expecting Egypt to get a new financing deal soon.

“The Ministry of Finance has yet to disclose any details of the negotiations with the IMF. We do not have enough information about the [expected] program or allocation of the funding. But it is expected that the program would focus on structural reform involving the privatization of a number of public sector companies.”

Mahdi further clarified that new reform programs do not include any measures related to subsidies. “The previous IMF program had several adverse effects on the Egyptian citizen. It provided for lifting subsidies on petroleum materials and floating the Egyptian pound, which stirred a wave of high prices that took a toll on the entire society and hiked poverty rates,” she concluded.