Though they acknowledge the legitimate demands of Iraqi protesters, Iranian officials are focusing on the role of foreign countries they accuse of using the protests to create chaos and instability. 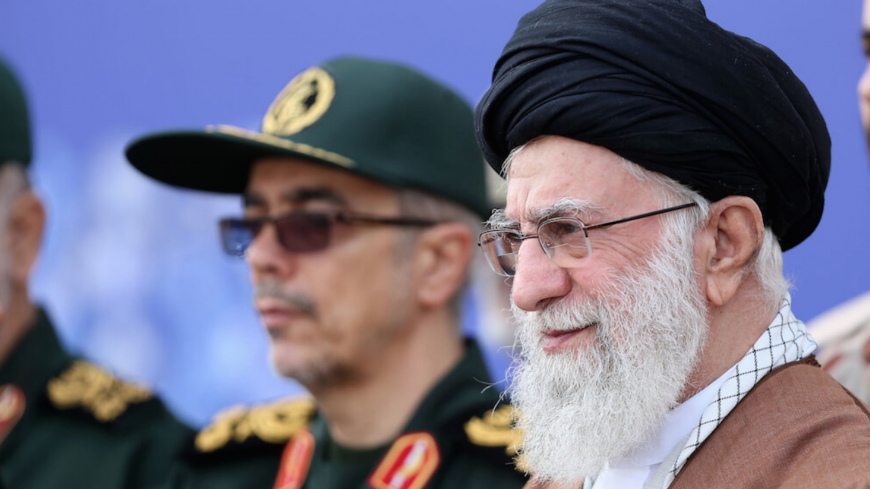 The growing unrest in neighboring Iraq over corruption has become such a concern for Iranian officials that military leaders and even Supreme Leader Ayatollah Khamenei have recently warned that despite their valid economic and political grievances, the protests could lead to instability in the country under the influence of foreign countries.

The Line of Hezbollah, a weekly Iranian publication that analyzes and disseminates the positions of Khamenei, headlined its latest edition “American Sedition.” It reported that the Iraqi protests have been based on “legitimate demands,” but that on the “margins of these protests, the role of foreigners cannot be ignored.” The paper pointed to a visit by US Defense Secretary Mark Esper before the protests and the Basra police chief's claim that Israel, Saudi Arabia and the United Arab Emirates “are paying people to create instability inside Iraq.”

The report explained that Iran is familiar with the tactics used by the United States to create instability, claiming that the country has “60 years of experience” with US meddling. The article cited the 1953 coup all the way to the 2017-2018 protests as examples of US interference in Iran’s domestic politics.

The 2009 election protests, the largest protests in the country since the 1979 Islamic revolution, are often referred to by Iranian hard-liners as “the sedition” and the leaders of those protests are called “leaders of the sedition.”

The Line of Hezbollah headline is apt, as during a speech to a military academy on Oct. 30, Khamenei warned, “According to God’s commands in the Quran, sedition is worse than murder.” Khamenei briefly addressed the protests in Iraq and Lebanon, saying that best path forward for protesters is to “pursue their legitimate demands through legal frameworks.” He added that US and regional intelligence agencies “are trying to break the legal structures and create a vacuum in” in Iraq and Lebanon.

While Iranian officials and news outlets have acknowledged that Iraqis have “legitimate” grievances, they have increasingly focused on foreign elements. Bultan News claimed that former members of the Baathist regime, members of the Islamic State and those in contact with the US Embassy have “turned legitimate protests into street riots.” The article claimed that the United States, Saudi Arabia and Israel are attempting to co-opt the protests “out of spite” for Iran’s influence in Iraq.

Bultan claimed that members of exiled Iranian group Mujahedin-e Khalq have infiltrated the protests and attempted to portray themselves as Iranian security forces so actions against the protesters would be attributed to the Iranian government.

Since the fall of Saddam Hussein in 2003 after the American invasion, Iran has cultivated considerable influence in the country. The two countries share religious and cultural ties dating back centuries and have established deep political ties in the last two decades.