Adana's previous mayor had changed the name of the festival to the International Adana Film Festival, removing the symbolic Golden Boll from its name, thus offending the city's residents. 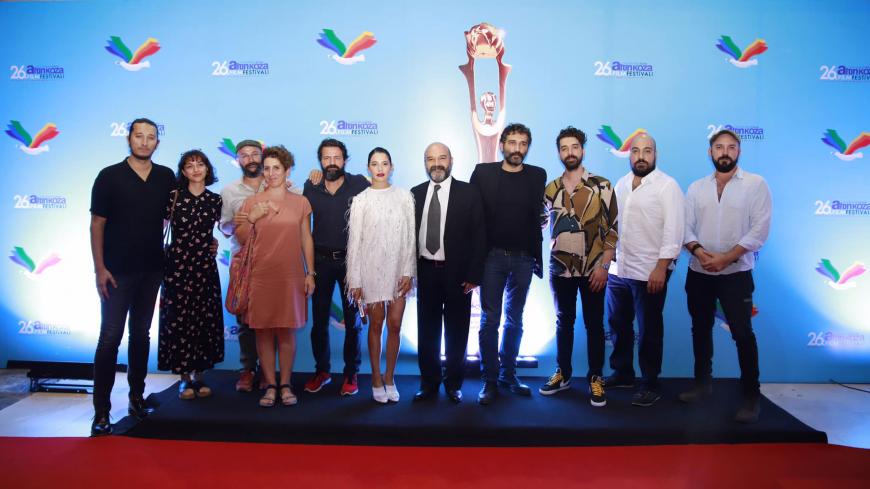 What’s in a name? For Adana’s iconic film festival, a return to its original name — Golden Boll, which takes its name from the rounded seed of cotton grown abundantly in the region — after three years was a major political victory.

Adana's previous mayor, the far-right Nationalist Movement Party's (MHP) Huseyin Sozlu, had changed the name of the festival, which debuted in 1969, to the International Adana Film Festival, removing the symbolic Golden Boll from its name. Sozlu said the purpose of the change was to improve the promotion of the city.

In July, Adana's newly elected Mayor Zeydan Karalar of the main opposition Republican People's Party (CHP) thanked the city's municipal council for reverting back to the original name for the festival that takes place the last week of September every year. “We will transform the organization into a strong festival without severing it from its past,” Karalar said in a statement.

A sprawling city of 1.75 million simmering with a unique energy, Adana is lined with towering palm trees and bountiful citrus trees. Though better known for its lofty position as Turkey's kebab capital — perhaps the country's most beloved kebab, a spicy grilled skewer of ground lamb or beef, is named after the city — Adana also enjoys a rich cultural legacy and is the hometown of some of Turkey's most legendary novelists, directors and actors, the faces of whom are memorialized on a Walk of Fame-esque stretch on the sidewalk just outside the city's state theater building.

Despite its debut a half-century ago, the festival has only been held 26 times, after being suspended between the mid-70s and the early 1990s due to economic and political turmoil. Following an earthquake that struck Adana in 1998, killing 145, and the 1999 earthquake that ruptured through the Marmara region and killed 17,000, according to official figures, the festival was halted once again, resuming in 2005. It is currently enjoying the longest-running stretch since its inception, having been held uninterrupted since that year.

Screenings took place at Ariplex, an older independent theater in the center of the city, and at a branch of Cinemaximum chain in a shopping mall on the outskirts of town. Tickets to all showings were free to the public, and there was significant interest among students and the youth.

A recent article in the Turkish cinema magazine Altyazi posed the question in the title, “Will we be able to meet at the festivals again?” referencing the fact that the local leadership of the cities of Istanbul, Adana and Antalya, home to the country's most important film festivals, were each captured by the CHP in this year's local elections after a period of Justice and Development Party (AKP) rule that was characterized by instances of censorship and other issues that acted as major setbacks for the festivals and independent Turkish cinema in general.

The opposition victories in the 2019 local elections in nearly all of Turkey's major cities have been a source of inspiration for around half of the country beleaguered by years of AKP rule, which has essentially dominated politics since its inception. It is evident from his statement following the name change and in promotional material that Karalar has made an effort to associate himself with this year's festival, perhaps a jab at former Mayor Sozlu, a political rival whose MHP has been closely allied with the AKP for the past several years.

Among the films shown at the festival was “Eden” by actor/director-turned dissident politician Baris Atay, and “Baglilik Asli” ("The Bond"), the latest film by celebrated director Semih Kaplanoglu, a controversial figure in the Turkish cinema world due to his well-known support for President Recep Tayyip Erdogan and the AKP. The film is Turkey’s nominee to the Academy Awards in the category of International Feature Film.

Acclaimed director Can Evrenol, whose latest film “Girl With No Mouth” was screened at the festival, said he was unhappy with some of the organizational aspects, noting that the website wasn't even up until a few weeks before the event, indicating that the reincarnated festival may have had its share of hiccups. However, he gave credit where credit was due to the organizers.

“For better or worse, in our country's current atmosphere running a festival is something to applaud in the first place,” Evrenol told Al-Monitor, adding that he felt honored to be there.

“For me it’s really interesting [having] grown up with art house Turkish films, which were more or less the same thing, to come to a competition in Adana and find some diversity and some interesting, even genre films, dystopian films, which says something about the evolution of cinema despite many other bad things in the world and in Turkey, due to cinema being swallowed by internet culture,” Evrenol said.