Lebanon’s recent forest fires have raised concern about the ability to respond to extreme weather events as a result of climate change. 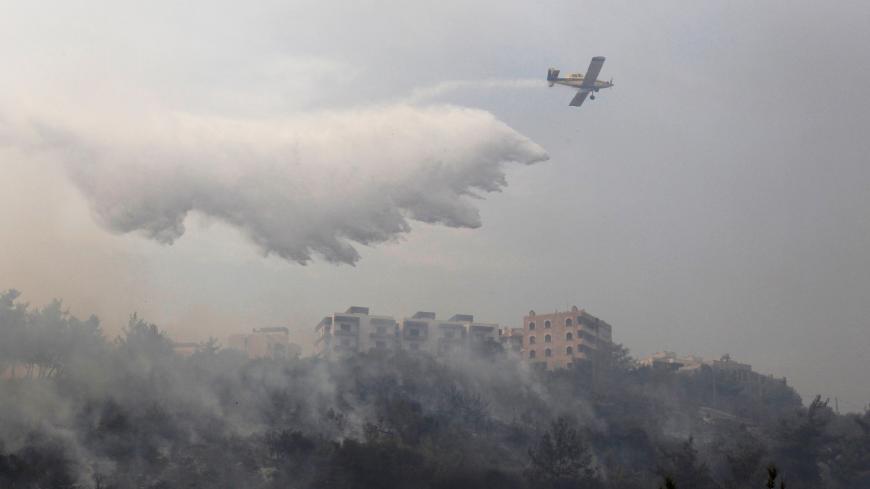 MESHREF/BEIRUT, Lebanon — At the entrance to the village of Meshref in Mount Lebanon, there is a small sign that reads “Save Trees: They Will Save You.” The metal sign, with its base burnt and surrounded by ash and smouldering bushes, is emblematic of one of the worst wildfires Lebanon has ever experienced.

“It was the worst fire season I have ever faced,” George Abou Moussa, director of Forest Fire Operations for Lebanon’s Civil Defense, told Al-Monitor, “We do our best, we do everything we can, but in the end, it took everything.”

Wildfires began to erupt around Lebanon, primarily in the Mount Lebanon regions of Shouf, Aley and Mten in the early hours of Oct. 14. Within 24 hours over 104 separate sites were ablaze with dozens injured and one person was reported dead.

While Abou Moussa said it was too soon to tell the full ramifications of the fires, George Mitri, director of the Land and Natural Resources Program at University of Balamand, told Al-Monitor that the fire in Meshref — the worst affected area — burnt 2,094 hectares (5,174 acres) of land alone, more than the entire fire season before Oct. 15 combined.

At the start of the week, Lebanon experienced a heat wave, with temperatures reaching 37 degrees Celsius (98.6 degrees Fahrenheit) on Oct. 14, compared to a historical average of 27 degrees Celsius (80.6 degrees Fahrenheit). This was compounded by a strong and changing wind that carried the fire quickly and caused it to spread unpredictably, leading to catastrophe by Oct. 15. 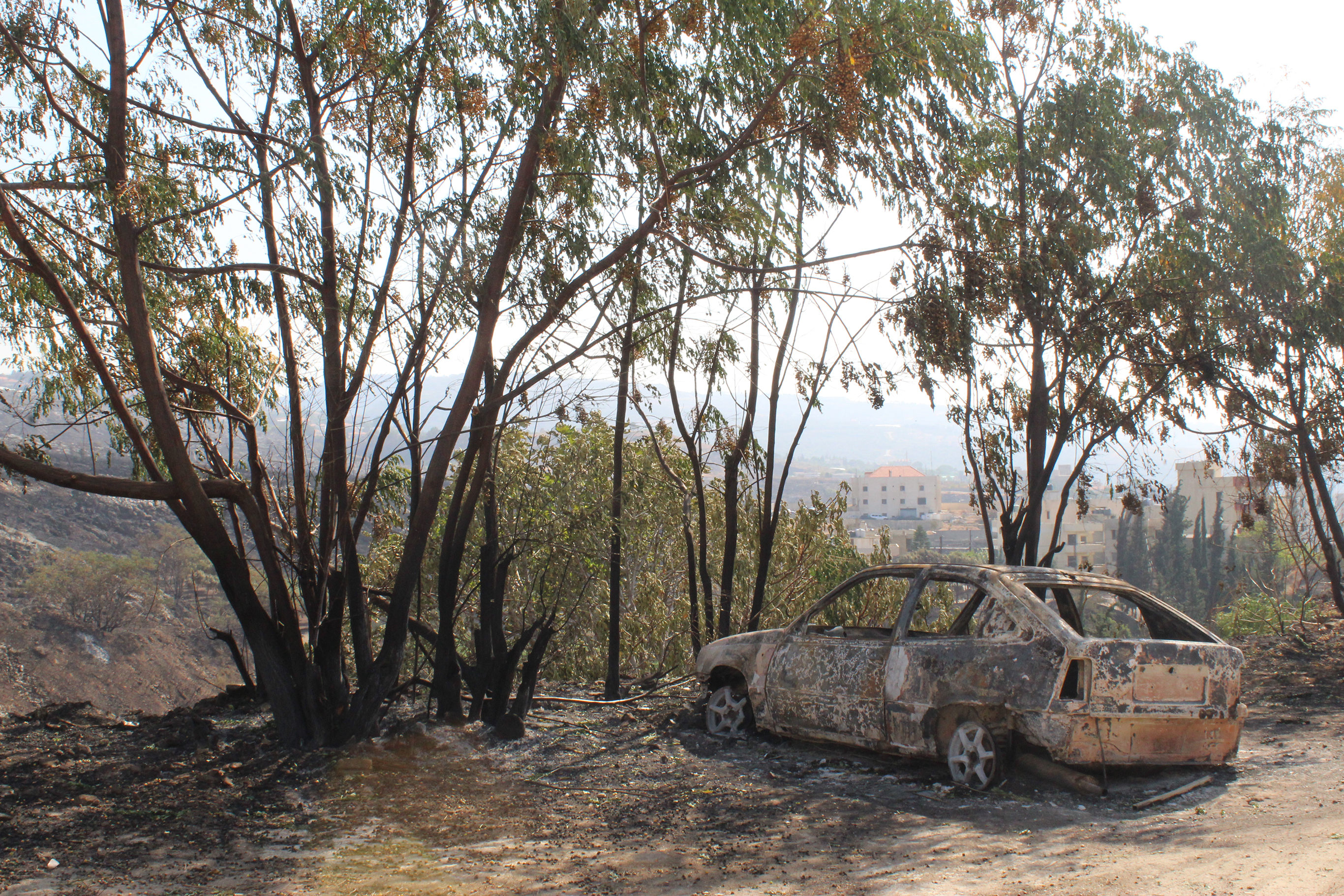 The Shouf town of Douma, Lebanon is pictured after a wildfire came through the area, Oct. 15, 2019 (photo by Sam Brennan/Al-Monitor)

While wildfires are common in Lebanon, the scale and precipitating conditions of the most recent ones have raised concerns about the changing environment of the country.

Yara Daou, United Nations Development Program project officer for climate change in Lebanon, told Al-Monitor that there is a link between the fires and climate change.

“If the temperature is much higher than usual and is rising at a rate where nature cannot adapt then it will affect the ecosystem,” she said. “What we experienced is an unusually high temperature for this time of the year, and in the case of the Shouf, this is what led to the struggle and limited control over the fires there.”

The fires in Lebanon can be considered an extreme weather event, which Daou defined as “something that is sudden or not expected, and/or more frequent than we are used to and hard to manage. … What we can say confidently is that the temperatures were unusual.”

Lebanon is not alone in experiencing particularly damaging recent wildfires with others occurring in Brazil, California and Indonesia. Daou said that Lebanon’s recent fires can be added to this list as the scale of the damage in the country was significant.

The forests also play an integral role in acting as a carbon sink and air cleaner in a country in desperate need of both. The Shouf was also one of the last areas for Lebanon’s already endangered wildlife to roam free and was home to Lebanon's largest nature reserve.

With a predicted rise in extreme weather events like these fires over the next few years the government's ability to response to, recover from and minimize the damage of natural disasters is key.

Daou said, “Some of the impacts of climate change are irreversible, which means no matter how much effort [we put into] reducing climate change there are some things we will have to cope with and which are too late to reverse. So governments are responsible for designing and implementing the right policies.”

The Disaster Risk Management Unit (DRM), launched in 2009 by the UNDP and the Lebanese Council of Ministers, is integral to formulating Lebanon’s policies in this area, aiming to prevent, prepare for, respond to and recover from disasters.

This manifests as coordinating between Lebanon’s ministries and agencies in times of a disaster as well as recommending policy.

Working closely with the Lebanese authorities, Karine Zoghby, project officer at the DRM, told Al-Monitor that while this was not the first time Lebanon has faced fires, the ones this year were “tremendous.”

"This is the most dangerous season; we have had five to six months of no rain, high temperatures reaching 37 degrees and you have people cleaning their land to prepare for the agricultural season [resulting in agricultural waste that acts as fuel],” she said. “In addition we have weak resources, lack of awareness and all these things come together."

While the fires have been brought under control now, there was criticism that three helicopters designed for firefighting were grounded due to lack of maintenance and funding. Abou Moussa noted that access to areas affected by the fire greatly hindered the Civil Defense’s ability to extinguish the flames.

Zoghby added, “Parts of the [National Forest Fire Strategy were] implemented and other parts were not for various reasons — be it the need for resources, or due to policies, or the need for adequate management.”

A meeting was scheduled for Oct. 18 between DRM and the relevant authorities to discuss the recent fires and implement reforms; however, the recent protests made this meeting impossible.