Turkey may be pushing for the return of refugees to Syria, but their advocates are still working to create ties between children, preparing for what is likely to be a much longer stay. 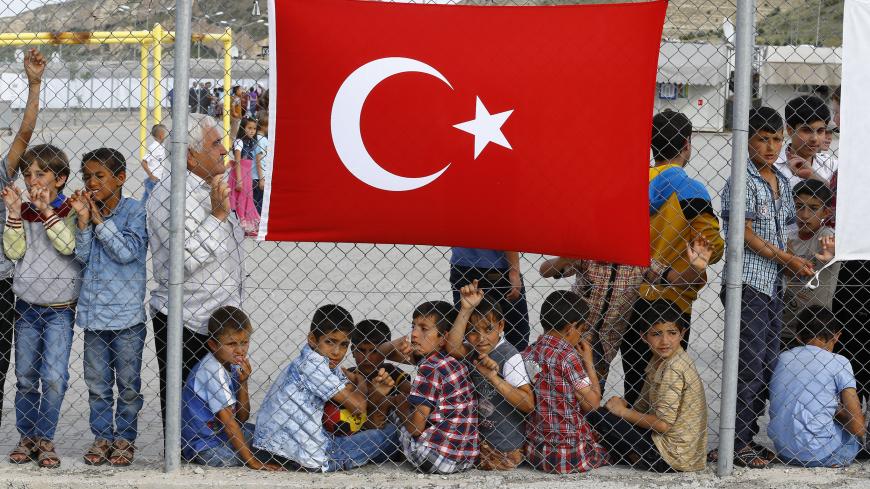 ISTANBUL — After a fight with his classmates, Wael al-Saud, a 9-year-old Syrian refugee, rushed to a local mosque to pray. Within hours, he was found hanging by his neck from a nearby cemetery gate.

Wael’s death earlier this month has stunned a country that shelters 3.6 million Syrians, more than any other country in the world, and where the government has spent tens of billions of dollars on the Syrians' education, health care and other programs aimed at integrating them into Turkish life during Syria’s protracted conflict.

But hostility toward refugees has mounted during a painful economic downturn. The fervor has even helped drive Turkey’s military incursion into northeast Syria, where President Recep Tayyip Erdogan has vowed to open up a “safe zone” to move up to 2 million Syrians. Other restrictive measures are already underway: On Wednesday, a deadline requiring refugees to return to provinces where they are registered or risk removal expired, threatening to uproot hundreds of thousands of people.

Yet experts and refugee advocates agree that Syria’s persistent sectarian strife and war-ravaged infrastructure mean most Syrians will be unable to return. For many in this “lost generation” of Syrians — the half-million children born here since the start of the war in 2011 — Turkey will likely remain home for years to come.

A group of clinical psychologists has spent the last two years working in schools with large Syrian student bodies to build bonds between the two communities, train teachers to recognize and help troubled children and treat their psychic wounds. The Trauma-Informed Schools project by Maya Vakfi, an Istanbul-based foundation, has created a model it now hopes schools around the country and other nongovernmental organizations will embrace.

“This is a formula for how these two cultures can coexist. Creating social cohesion starts at schools, where an entire community — children, family, teachers, administrators — are all present. Every positive change at school ripples out through the larger community,” Esra Ozsuer, president and founder of Maya, told Al-Monitor.

With backing from Britain’s Theirworld children's charity and Ireland's Concern Worldwide, Maya has trained more than 1,000 teachers and counselors and worked with almost 5,000 children at 20 schools in Istanbul and Sanliurfa, a town on the Syrian border. Maya says the Education Ministry wants to expand the program into five more provinces as it seeks to bring all refugee children into the public education system within three years. Currently, officials say 60% of Syrian children are enrolled in Turkish schools.

But they need special care that’s not typically taught in standard teacher training. About a third have been exposed to violence, and almost half show symptoms of post-traumatic stress disorder, Maya said in a September report. About one in five Syrian children suffer headaches every day.

The program helps teachers identify signs of trauma and instructs them on positive discipline, managing diverse classrooms and communication. For children, art therapy, including theater, dance and painting, promotes coping skills and self-esteem.

In Istanbul’s Fatih district, nicknamed Little Syria for its large population of refugees and shops catering to the community, a half-dozen children at a primary school finished drawing a small forest of trees in a Maya-run art therapy session.

“This tree is a bit like me. I was shy when I first came to this class, but my courage grew. We drew a forest because we learned that when we work together, we can grow,” said Elmas, 10, in fluent Turkish. Her family fled Syria’s Latakia province in 2014 for Turkey. “I usually come to this room feeling sad or my head hurting. I leave smiling, my head feels light.”

At another school in Fatih, more than a fifth of the students are foreigners from 20 different countries. Two clinical therapists took turns reading in Turkish and Arabic the tale of a child gripped by fear and anger before learning to sketch out his feelings on paper. The third graders sat transfixed during the story, then illustrated their own images. One Syrian child drew an image of a black plane hovering over a bloodied body.

“These children have serious trauma. Some have lost a father or mother,” the school’s principal said on condition her name not be used. “One of the beneficial aspects of this program is Syrian and Turkish students are together, helping to build empathy. They say, ‘Despite our different pasts, we have our childhood in common.’”

While some Turkish students come to school with negative perceptions of Syrians, often instilled by parents, mental health workers find prejudices quickly fade when young children play or undertake a joint activity, said Maya project manager Gizem Konus. That makes schools “a natural starting point. Children are more open than adults as their brains develop and they adapt to new experiences,” she told Al-Monitor. “When the language barrier is removed, three-fourths of the obstacles preventing social cohesion are gone.”

Though Turks and Syrians may increasingly feel estranged, violence against refugees is extremely rare. But a handful of mob attacks on Syrian businesses in Istanbul broke out over the summer, and authorities responded by ordering the estimated half-million Syrians who live in Turkey’s biggest city but are registered elsewhere to leave. (Istanbul has 547,000 registered Syrians, the largest population of any city.)

The Istanbul governor’s office said this month that 5,945 Syrians had been taken to temporary shelters since mid-July because they lack the proper papers to stay in Istanbul. That effort may now intensify after Wednesday’s deadline.

Turkey has also been accused of forcibly sending refugees back to Syria, which officials vehemently deny, saying all returns have been voluntary. But Amnesty International released a report last week saying it had interviewed refugees who said they were coerced into signing consent forms before being shipped back.

The crackdown has eroded the international goodwill Turkey enjoyed for its generous refugee policy over the last 8½ years. It has also faced an international backlash for the incursion into Syria to attack Kurdish militants it considers terrorists but who helped US forces defeat the Islamic State. The intervention has precipitated a new humanitarian crisis in Syria, displacing 180,000 people since Oct. 9. On Tuesday, the US House of Representatives demanded the Trump administration sanction Turkey, which has so far demurred as a fragile cease-fire largely holds.

The turmoil may seem remote from schools where Maya’s psychologists use anti-bullying techniques to increase social cohesion. But Wael’s death in the northwest town of Kartepe exposed how vulnerable children remain years after escaping the Syrian conflagration.

Wael’s father, Mustafa al-Saud, told a television station he had brought his family to Turkey 4½ years ago “to save their future.” Bullied by his classmates and reprimanded by his teacher, Wael had crumbled after fighting with other students, Saud said.

The Education Ministry investigated the fifth grader’s death and ruled out widely reported allegations that Wael, “an accomplished pupil,” had been ostracized by his teacher and schoolmates. A legal inquiry would continue, the ministry promised.

“He was very sad and told his mother he was going to say his prayers and left,” Saud was quoted as saying. “I want to know if my son Wael committed suicide or if something else happened to him.”