By advancing the Camera Bill and releasing statements, Prime Minister Benjamin Netanyahu is trying to spread the belief that the Arab population will attempt to "steal the elections." 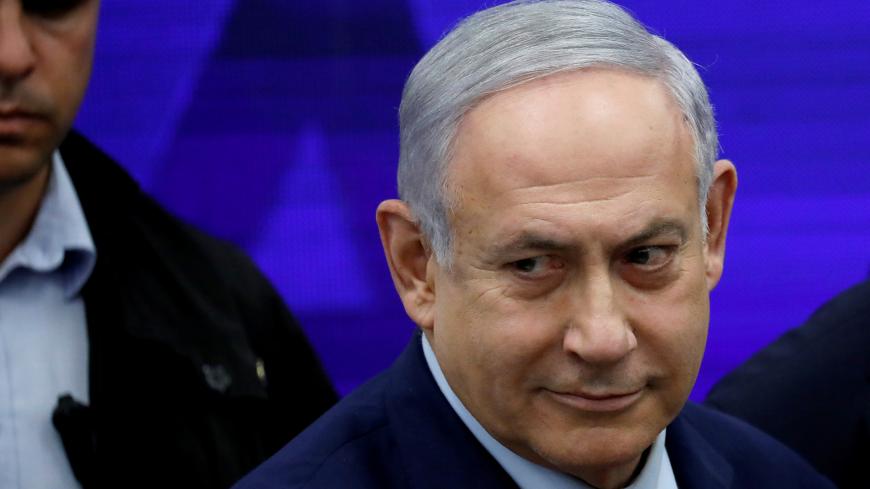 When sirens started warning over rocket fire from the Gaza Strip Sept. 10, Prime Minister Benjamin Netanyahu was forced to step off the stage in Ashdod where he was addressing an election rally. But shortly after his humiliating removal from the stage, Netanyahu got right back on the campaign trail, with the same message he has been trumpeting for the last few weeks: “They are trying to steal the election from us!” He even called the Knesset back into session Sept. 11, so that he could fast-track his Camera Bill at breakneck speed, something never done before during an Israeli election. The law would have allowed representatives of the different parties to install cameras in the various polling stations on election day. He did this even though General Attorney Avichai Mandelblit opposed such urgent legislation on the eve of an election, and the fact that the law wasn’t even approved by the Knesset’s Regulatory Committee Sept. 9. As expected, Netanyahu failed to get the necessary majority, and the new law was rejected.

The question that needs to be asked is why Netanyahu insisted on moving ahead with his Camera Bill in the first place. What was he trying to achieve? The answer is that he had several goals. He wanted to create chaos in the polling stations on election day; he wanted to discourage Arab citizens of Israel from going to the polling booths and voting; and he wanted to apply pressure to his supporters by relaying a sense of real risk — "They are trying to steal the election from us” — so as to maximize the number of voters on the right.

In the last presidential election in the United States, candidate Donald Trump refused to commit himself to accepting the outcome of the election. As he put it, “Of course I would accept a clear election result, but I would also reserve my right to contest or file a legal challenge in the case of a questionable result.” It looks as if Netanyahu is now trying to adopt Trump’s approach. Creating chaos in the polling stations on election day will give Netanyahu reason to reject the results, if it is impossible for him to form a majority coalition.

What is important to remember is that the moment Netanyahu used the phrase “stealing the election” in the same sentence as the term “polling stations,” he meant polling stations where Arab citizens vote. Evidence of this can be seen in the April election, when the Likud sent 1,200 cameras to document voting in Arab towns and villages exclusively. Anyone who was really interested in ensuring a clean election would have sent cameras to all the voting stations in Israel, rather than categorizing them on the basis of ethnicity. Obviously, Netanyahu has no problem ignoring Chairman of the Central Elections Committee Orly Adas, who said in a Sept. 8 statement, “Only two polling stations were found in which there was a suspicion of voter fraud, and in both cases it was in favor of Shas and the Likud.”

It seems as if the Likud wants to cause fights and riots between its own supporters and Arab voters for no other reason than to interfere with the proper running of the election. Any squabbling at the polling stations would cause a huge commotion. The police would get involved, and some polling stations could even be closed down temporarily. Should that happen, Netanyahu would benefit from any voters who failed to exercise their right to vote. Unfortunately, this is the kind of mindset and methodology that a real criminal enterprise would have no problem using.

In an earlier Al-Monitor article, I wrote at length about how the ruling Likud party is trying to keep Arab voters from showing up at the polls to cast their ballots on election day. In fact, it is exactly what used to happen in the United States in order to suppress the black vote. Kaizler Inbar public relations firm, which was behind the camera project and boasted openly it about after the April election, claimed that they had brought Arab participation in the election to less than 50%, noting that it was “the lowest in years.”

On the other hand, this could have the opposite effect, too. An attempt at suppressing an entire voter bloc could backfire on Netanyahu. No one should discount the possibility that this act of discrimination, coupled with the reunification of the Arab Joint List and the statement by Joint List head Ayman Odeh that he would be willing to join a center-left government — an idea supported by 80% of Arab voters — will actually help raise the level of voter participation among the Arab sector.

Even if it is just a small increase of a few percentage points, it is important to realize that every such increase is critical as far as Netanyahu is concerned, especially now that he is facing a court hearing over the criminal charges recommended against him. Any increase in the Arab voting rate means increasing the size of the center-left bloc opposed to Netanyahu and reducing the likelihood of him forming an immunity government, which will help him escape justice — i.e., a government that would adopt legal measures granting Netanyahu immunity.

Netanyahu realizes that he lost any chance he might have had to move votes from one bloc to the other. This means that the whole game is being played within his own bloc. We have already seen him suck up seats from other right-wing parties in an effort to increase the number of Likud seats, just like he did in the April election and before that in the 2015 election. As Mazal Mualem described in her most recent column, it is important for Netanyahu to relay a sense of urgency to right-wing voters, so that he can maximize the number of voters from that bloc.

In his efforts to boost the strength of the Likud, he incorporated Moshe Kahlon’s Kulanu party and signed an agreement with the Zehut party, which resulted in Moshe Feiglin dropping out of the race. He also sent his confidant Nathan Eshel to Itamar Ben-Gvir, chairman of far-right Otzma Yehudit, to convince him to drop out, too.

Netanyahu is working as hard as he can to get every possible vote. No one can take that from him, especially when his rival candidates filter every step they take through the prism of, “How will Netanyahu react?” Netanyahu is so intent on motivating right-wing voters to head to the polls on election day, while causing chaos in the Arab polling stations, that no methods are off-limits. He is even willing to engage in fierce incitement against Arab citizens, as evidenced by a message sent to his supporters via Facebook: “Arabs want to annihilate us all — women, children and men.”

I can’t help wonder what would have happened if a message saying, “Jews want to annihilate us all — women, children and men,” would have been sent by French President Emmanuel Macron or former President Barack Obama during their election campaigns. It is no stretch of the imagination to think that terms like “anti-Semitism” and “neo-Nazism” would have featured prominently in Netanyahu’s tweets.