Iran’s Supreme Leader Ayatollah Ali Khamenei has signaled that there remains no hope in Europe’s ability to save the 2015 nuclear deal. 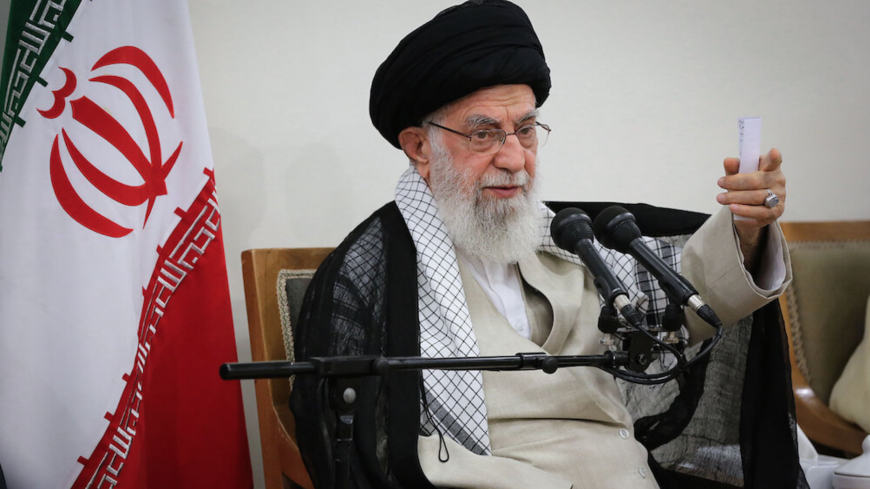 Iran’s President Hassan Rouhani is in New York meeting with European leaders and attempting to salvage the 2015 Joint Comprehensive Plan of Action (JCPOA), the nuclear deal the United States exited in 2018. European leaders have been encouraging Rouhani to meet with Donald Trump while both are in New York in order to de-escalate tensions between the two countries. Meanwhile, Iran’s Supreme Leader Ayatollah Ali Khamenei, the final decision-maker on state matters in Tehran, said it is time to move on.

During a speech Sept. 26 to members of the Assembly of Experts, Khamenei said Europe’s enmity with Iran does not differ in principle from America’s enmity toward Iran. “On the surface, the Europeans enter as mediators and make long speeches, but they are all empty,” Khamenei said.

Regarding Europe’s adherence to US sanctions after they were reapplied and the subsequent US withdrawal from the JCPOA, Khamenei said, “Despite their own commitments, the Europeans abided by America’s sanctions and took no actions, and it is unlikely that from this point on they will take any actions for the Islamic Republic. Therefore, hope has to be given up on the Europeans.” While Europe has introduced INSTEX (the Instrument in Support of Trade Exchanges) to circumvent US sanctions and facilitate trade between Iran and Europe, the mechanism cannot yet handle Iran’s key demand of securing oil sale transactions.

Khamenei said “the door is not closed on cooperation and talks” with other countries — with the exception of the United States and Israel — and “there is nothing wrong with coming and going and making contracts, but certainly there should be no hope or trust in [Europe].” He said even those who negotiated with the Europeans, meaning members of the negotiation team in the Rouhani administration, have acknowledged “they have not acted upon a single one of their commitments, and this is the strongest reason why they should not be trusted.”

Khamenei’s comments will add fuel to the fire of the conservative criticism of Rouhani’s outreach to Europe, particularly after the three countries who are working hardest to salvage the JCPOA — Germany, France and the UK — issued a statement saying Iran was responsible for an attack on Saudi oil facilities Sept. 14.

Iranian officials have denied they were responsible for those attacks, and Yemen’s Houthi rebels claimed responsibility. An article in hard-line Jahan news wrote that the United States and Europe have attributed blame to Iran in order to get the country to “retreat from its regional policies.” The article also suggested the United States might seek to retaliate against Iran for the Saudi oil facilities attacks. Using quotes from previous speeches by military commanders, Jahan wrote that Iran would respond to any such retaliation. According to Jahan, Islamic Revolutionary Guard Corps Cmdr. Hossein Salami had said, “We are the type to respond, and we will respond with strength.” Head of Iran’s armed forces Mohammad Bagheri also has said, “The result of an attack on this country will be destruction and captivity.”