Congress is demanding answers after an inspector general report showed that a number of bomb-sniffing dogs from the United States have died from neglect in Jordan. 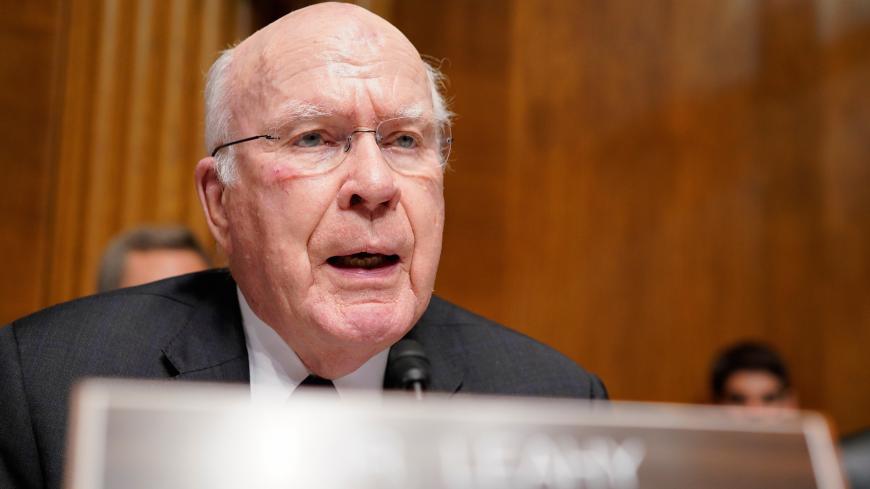 Congress wants answers from the State Department after a recent inspector general report found that at least 10 bomb-sniffing dogs provided by the United States have died as a result of systematic mistreatment in Jordan.

Sen. Patrick Leahy, D-Vt., the top Democrat on both the Senate Appropriations Committee and its State Department funding panel, sent a letter to Secretary of State Mike Pompeo today voicing concerns over the canines’ mistreatment and the lack of accountability in the multimillion-dollar program.

“They cost a lot of money to train and their lives are put at risk every day in the field,” Leahy told Al-Monitor in a statement. “It is imperative that they are properly cared for. Based on the Inspector General’s report, the State Department needs to immediately take the necessary steps to ensure that the dogs are being treated humanely and that future donations of dogs are made pursuant to agreements with foreign governments that protect the dogs from abuse.”

Sen. Mark Warner, D-Va., asked Pompeo for a plan to improve the program and ensure the canines’ safety. Many of the dogs are trained at the Canine Validation Center in Warner’s home state of Virginia.

“The [inspector general] report outlined a series of problems in the program, which led to the premature deaths of many dogs due to preventable illness, lack of veterinary care and poor working conditions,” wrote Warner. “Overall the report makes clear the Department of State is not adequately monitoring and protecting the canines it provides to these countries.”

Most of the program’s canines go to Jordan, which had an estimated 89 dogs as of September 2018. (The inspector general report, released earlier this month, could not establish the exact number of dogs in each country “due to insufficient and contradictory documentation.”)

The lack of adequate care prompted the United States to remove one dog, Mencey, after less than a year in Jordan. The Canine Validation Center had to euthanize Mencey because of a tick-borne disease, which could have been prevented had Jordan used kits provided by the United States to test him.

The United States removed another malnourished dog, Athena, from a kennel “covered in dirt and feces.” The report also notes that at least 20 canines in Jordan “have lost the will to work” and “need to be retired and replaced immediately.”

The report recommends that the State Department “cease providing canines to Jordan until there is a sufficient sustainability plan in place to ensure their health and welfare.” However, the State Department has refused to stop transferring dogs to Jordan, arguing that there already is a plan in place to improve the animals’ welfare and that banning the shipment of additional canines would undermine the US ability to help protect Jordan from terrorist threats.

While the inspector general found that the State Department “continues to mitigate problems with the canine program as they arise,” it nonetheless “has no systematic approach to helping Jordan’s [Explosive Detection Canine Program] reach self-sustainment.” Furthermore, the State Department has not given the inspector general a copy of its plan to improve the canines’ welfare.

The State Department did agree with the report’s four other recommendations, which center around developing written policies, procedures and agreements with partner countries to ensure the dogs are well-treated and receive regular health checks.

Neither the State Department nor Jordan responded to Al-Monitor’s request for comment.

Jordan aside, the report found that the dogs in the rest of the Middle Eastern and North African countries participating in the program were “well-cared for” or at least “treated humanely.” Yet it notes that Egypt has blocked trainers from the Canine Validation Center from accompanying the dogs. Furthermore, the report says it’s unclear as to whether Egypt and Morocco are using the dogs for their “intended purpose.”