Is hard-line Ayatollah Larijani facing the beginning of his end?

Iran's powerful Larijani family has made many enemies over the years, a legacy that might be catching up with at least one member, Expediency Council Chairman Ayatollah Sadegh Amoli Larijani. 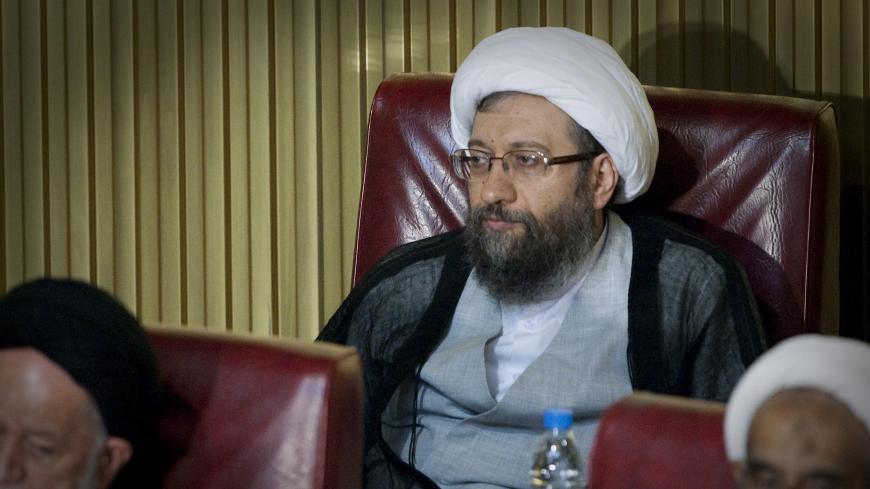 When Ayatollah Sadegh Amoli Larijani, a former chairman of Iran’s judiciary, came under political fire recently, he reacted with an over-the-top outburst that could endanger his future and that of his highly influential family.

When Larijani was appointed judiciary chief in 2009 — a position he held until December 2018 — many considered him a strong candidate to eventually become supreme leader. But his standing has now seriously diminished with recent accusations against him, as well as his furious reaction, prompting possible mistrust and a negative view of him inside the establishment.

In December, Larijani was appointed chairman of Iran's Expediency Council, which is tasked with resolving disputes between parliament and the Guardian Council. But his term as judiciary chief had left many people with a grudge against him because of his harsh treatment of both Reformist and conservative critics. No one, including the media, dared to speak against him or the courts.

In the months before his judiciary tenure ended, Larijani’s position became precarious as former hard-line President Mahmoud Ahmadinejad and his allies repeatedly accused Larijani of corruption and his daughter of spying for Britain. Things got worse in March when a group of conservative students using the name “Justice Seekers" sent a letter to Ebrahim Raisi, the new chief justice, asking him to investigate Larijani's alleged role in a massive land-grab scheme in Lavasan, a wealthy Tehran suburb.

Then Javad Karimi Ghoddousi, a senior hard-line parliament member and former commander of the paramilitary Basij forces, railed against Larijani in May for living in a mansion. Such moves, especially against a senior figure in Iran, are mostly pre-planned and designed to discredit a rival. In this case, it indicated the establishment was no longer happy with Larijani.

As Raisi promised the Justice Seekers he would pursue the case, reports emerged in July that one of Larijani's close aides had been detained: Akbar Tabari-Pour, whom Larijani had appointed to a senior position on the Expediency Council. Tabari-Pour was arrested on a corruption charge along with a number of senior judges who allegedly aided him. Larijani responded harshly to the initial accusations of Tabari-Pour's corruption, defending him and stating that President Hassan Rouhani and his entourage should be pursued instead.

Meanwhile, in a sign of conservatives' increasing annoyance with Larijani, a new wave of attacks was launched against him for building an elaborate seminary school in the holy city of Qom. This time, everyone was surprised by those leading his castigation: the state TV, controlled by hard-liners. Also during this time, a show aired criticizing his performance in the judiciary.

Simultaneously, reports emerged that Larijani had written a letter to Supreme Leader Ayatollah Ali Khamenei threatening to leave Iran for Iraq to reside in Najaf’s seminary because of all the pressure he was receiving from conservatives and hard-liners. The establishment's distrust for Larijani amplified, though his office denied it.

In this vein, influential Ayatollah Mohammad Yazdi reportedly vented about Larijani for his rumored letter to the leader. "[Larijani] says, 'If you don't do [this or that], I'll go to Najaf.' Well, go. Your presence in Qom has not been very effective," Yazdi was quoted as saying recently as he met with Basij officials.

Taking a swipe at Larijani's expensive school in Qom, Yazdi said: “Under the [pretext] of a seminary school, you have built a palace. … Where have you gotten all this money to build this?”

In a furious outburst and a rare public clash between two high-ranking clerical figures, Larijani issued a statement Aug. 18 belittling Yazdi, calling him an “old man" who can't sleep unless he “slanders and insults” others every day.

Larjiani also said he has a lot of information on many officials and figures, calling himself the “treasury of secrets."

In sum, the charges against Larijani and his allies, as well as the establishment’s reaction, signal that the establishment no longer trusts him, or wants to distance itself from him. However, Larijani may have paved the way for such schemes all by himself, especially after his angry outburst, which not only has the potential to destroy his future political life but could also endanger his clan.

The Larijani family is powerful in Iran, with many of them holding important positions. One of Larijani's brothers, Ali, is the parliament speaker. Their older brother, Mohammad-Javad, used to be a diplomat and is now director of the judiciary's Human Rights Council. Another brother, Fazel, is a former cultural attache of Iran’s embassy in Canada, but is facing a corruption charge. Brother Baqer was deputy chairman of Islamic Azad University from 2013 to 2015. Their father, Mirza Hashem Amoli Larijani, was a Shiite marja — an authority of the highest order, and a grand ayatollah who, according to some reports, declined to help Islamic Republic founder Ayatollah Ruhollah Khomeini’s campaign against the shah's regime, which was later toppled in 1979.