Palestinian Prime Minister Mohammad Shtayyeh discussed with the Russian ambassador the possibility of establishing an industrial zone in Nablus in light of Palestine’s ongoing efforts to promote its local economy and disengage from Israel. 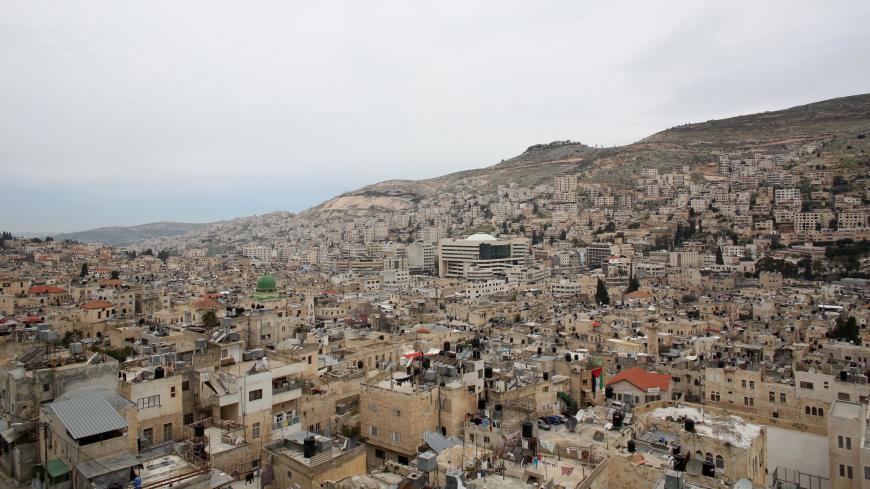 The government has brought into play a plan it calls “industrial clusters” in order to promote comprehensive economic planning, which aims to take advantage of the competitive advantages of each Palestinian governorate and strengthen those advantages in economic terms.

The cities of Nablus and Hebron came at the forefront of the Palestinian cities in which the industrial clusters plan will be implemented. At the end of April and June, the government promised to provide all necessary support to revive their industry and trade.

Palestinian Prime Minister Mohammad Shtayyeh met on Aug. 8 with new Russian Ambassador to the Palestinian Authority (PA) Gocha Buachidze and discussed the possibility of establishing an industrial city with Russian support in Nablus, which, along with industrial zones in other Palestinian cities, would help support the Palestinian economy and create new jobs.

Palestinian Minister of Economy Khaled al-Asaily told Al-Monitor that the government, in cooperation with the relevant authorities such as the Palestinian Industrial Estates and Free Zone Authority (PIEFZA), has drawn up many plans to establish new industrial cities in the Palestinian territories with the aim of advancing the Palestinian economy.

He pointed out that the government is seeking to adopt a special system for the establishment of industrial cities with modern advantages to attract foreign investment.

Asaily said that the establishment of these cities needs funds and support, whether from the Palestinian government or from donor countries, especially Russia — not to mention the private sector and local investors who have expressed their willingness to contribute and pump money into the Palestinian economy.

He pointed out that the existing industrial zones in Nablus city need rehabilitation and development, especially in terms of infrastructure. He added that Nablus also needs an industrial city that includes large factories for various Palestinian industries, especially in the handicraft industries that are popular in Arab markets such as furniture and clothing.

An official at the Russian Embassy in Ramallah told Al-Monitor on condition of anonymity that Buachidze stressed during his meeting with Shtayyeh his country's support to the Palestinians in all fields, especially the economic field, adding that Russia is ready to provide all the expertise to promote it.

He pointed out that Buachidze promised to look into the Palestinian proposal to finance the establishment of this city in Nablus, noting that Intergovernmental Committee for Trade and Economic Cooperation between the two countries was founded with the aim of going over such proposals.

The Russian and Palestinian sides established this Intergovernmental Committee on April 13, 2015, and held three meetings during 2016, 2017 and 2018.

PIEFZA executive director Abdel Rahim Fawda told Al-Monitor that the Palestinian territories need to establish a large number of industrial cities since every Palestinian governorate needs an industrial zone or city based on the goods it is known for.

He pointed out that the main obstacles are the insufficient incentives provided to investors in addition to the lack of financial resources to establish these cities and industrial zones.

The Palestinian Law No. 10 of 1998 on Free Industrial Estates and Free Zones in its articles 38, 39, 40 and 47, as well as the Palestinian Cabinet decision No. 8 of 2017, in its articles 4 and 5, approved a package of incentives for investors to encourage them to invest, such as tax exemptions, soft loans, and exemption from local customs duties and from import duties on machinery and equipment.

Head of the Policy Department at the Palestinian Ministry of Economy in Ramallah Azmi Abdel Rahman told Al-Monitor that funding is the main obstacle hindering the establishment of several Palestinian industrial cities, some of which have plans ready for implementation.

He pointed out that some of the industrial cities currently under construction, such as in Jenin and Jericho, had been pending for over 20 years due to poor foreign funding and Israeli administrative constraints as they are located in the Israeli-controlled Area C in the West Bank and require Israeli approval before starting construction.

Dweikat pointed out that the minister asked them to provide a piece of land to build the industrial city and prepare plans to be submitted to the government in order to provide funding from donors.

Asaily said a piece of land located west of Nablus was chosen to build the new industrial city, and its ownership was transferred to the state. He noted that plans are currently being drafted to build this city with a surface area estimated at dozens of dunams (acres). The Palestinian side is waiting for a donor country to fund the project, such as in Jenin where the industrial city project was funded by the German and Turkish governments with tens of millions of dollars.

Salhab said the government is currently seeking to attract foreign funding from international donors, such as Russia, to help build the Nablus industrial city. Such a move would alleviate the financial burdens of investors who want to take part in the establishment of this city, he explained.

Salhab estimated that the establishment of the industrial city needs hundreds of millions of shekels.