Iranian officials from opposing political sides have united in defense of the country’s foreign minister, the latest target of US sanctions. 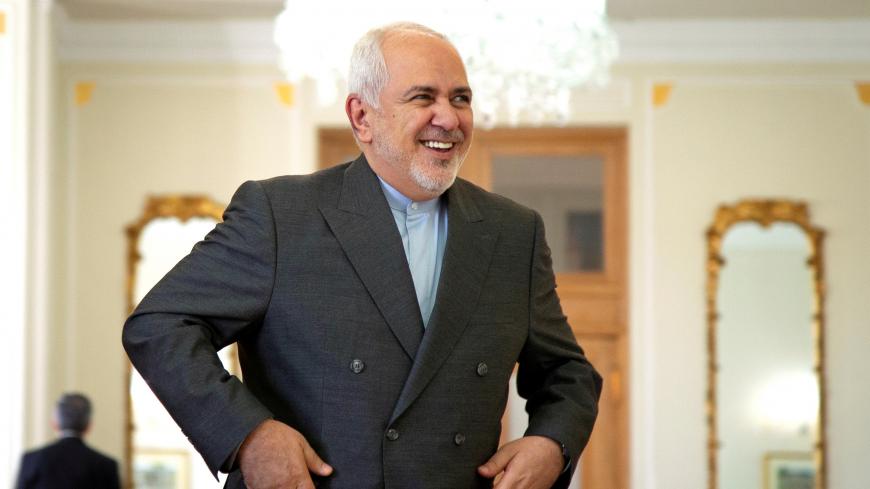 Iranian factions have unanimously condemned the US sanctions on Foreign Minister Mohammad Javad Zarif. The US Treasury sanctions, which freeze any property Zarif owns in the United States, are part of President Donald Trump’s “maximum pressure” campaign against the Islamic Republic to sign a new nuclear deal after the United States exited the Joint Comprehensive Plan of Action in 2018.

Immediately after the US announcement, Zarif tweeted, “The US’ reason for designating me is that I am Iran’s ‘primary spokesperson around the world.’ Is the truth painful?” On the impact of the move, Zarif said, “It has no effect on me or my family, as I have no property or interests outside of Iran. Thank you for considering me such a huge threat to your agenda.” Hours later Zarif followed up with tweeted jab at national security adviser John Bolton, Saudi Arabian Crown Prince Mohammad bin Salman, Israeli Prime Minister Benjamin Netanyahu and Abu Dhabi Crown Prince Mohammad bin Zayed: “We know that calling for dialog & peace is an existential threat to #B-Team. And since reason for designating me is my words, would ‘US Persons’ need OFAC license to ‘engage’ with me by reading my writings or listening to interviews?” wrote Zarif, tagging US Secretary of Treasury Steve Mnuchin, Secretary of State Mike Pompeo and Twitter CEO Jack Dorsey.

The Islamic Revolutionary Guard Corps, which has opposed the Iranian administration’s outreach campaign to the West and has stressed resistance rather than compromise, also condemned the sanctions on Zarif. Its statement thanked Zarif for his efforts “in the media and propaganda war against the enemy.”

Mostafa Tajzadeh, a Reformist and political dissident who was imprisoned after the 2009 election, also spoke out against the sanctions. Tajzadeh tweeted that the move was meant to “close the path of cooperation between Zarif and American society.” Zarif was recently in New York for UN-related meetings and gave interviews to American media outlets about Iran-US tensions. Tajzadeh wrote that the sanctions are likely due to the fact that Zarif’s “trip to New York and interviews with the media and talks with American officials challenged the positions of those seeking war.”