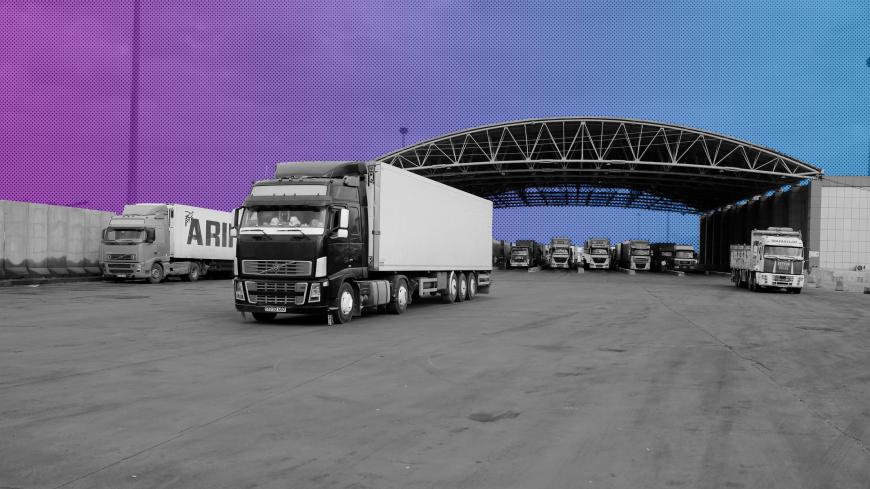 Turkish exporters are reeling from an unprecedented blow in trade with Iraq that has splashed cold water on Ankara’s hopes to launch a second border crossing with its southern neighbor and boost bilateral trade to $20 billion.

In a series of steps since May, touted as an effort to promote domestic production, the Iraqi government has restricted food imports from Turkey, including in major categories such as eggs and beverages. Turkey’s business community suspects that there are political factors behind the move, including the role of non-market actors harming competition, pressure from companies linked to the ruling partners in Baghdad and the influence of Iran.

Turkey’s trade volume with Iraq amounted to about $13 billion last year. Iraq was the fourth largest buyer of Turkish goods, with $8.4 billion worth of imports. Some 12,000 Turkish companies sell goods to Iraq.

Baghdad’s first step on May 1 barred the importation of eggs from Turkey, leaving Turkish producers in a tight spot. Last year, 71% of Turkey’s egg exports went to the Iraqi market, meeting 76% of Iraq’s consumption.

The Iraqi Poultry Producers Association says local egg producers are capable of meeting the demand, but according to a Turkish official, Iraqi officials had recently shared that the domestic output could meet only 30% of demand despite new investments. Remarkably, egg prices have increased since the imports from Turkey stopped.

The moves raised alarm in Turkey’s food industry, with the threat of bankruptcy looming for some egg producers. Short of alternative markets, many have opted to send their egg-laying chickens to slaughter.

Eggs, along with flour, topped Turkey’s $2.8 billion in food exports to Iraq last year, bringing in $306 million and $530 million respectively. Iraq was the top buyer of Turkish ice cream, accounting for 16% of Turkey’s $34.4 million exports in this category. The Iraqi market took also 11.4% of Turkey’s $152.6 million soda exports and 3% of its $62.3 million mineral water exports.

Emin Taha, the head of the Turkish-Iraqi Business Council and who was part of the delegation, told Al-Monitor that the latest restrictions as well as surtaxes and hardships facing business people in Iraq were high on the agenda of the talks. He said Baghdad was likely to review its decision and allow the resumption of imports on the basis of quotas determined according to domestic output and consumption levels. Yet according to another source knowledgeable about the talks, there has been no sign that Baghdad is indeed reviewing the matter.

Baghdad might eventually show some flexibility, but it seems the Iraqi market will no longer be as accessible as it used to be for Turkish exporters. Business people interviewed by Al-Monitor believe the Iranian factor is as significant as other reasons such as increasing investments in various sectors in Iraq and the pressure of local producers on the government.

Although measures to protect local producers are commonplace in all countries, Baghdad’s restrictions and tariff hikes are being designed in a way that seems to facilitate Iran, Taha said. Mehmet Kaya, head of the trade and industry chamber in Diyarbakir, a province not far from the Iraqi border, was of the same opinion.

Businesspeople complain that excessive tariffs have been levied on goods that figure prominently in Turkish exports. In May alone, tariffs were raised on 79 products. The tariff on white meat, an important export item for Turkey, was doubled, with some tariffs increasing three- and even five-fold.

Although the rules apply to everyone trading with Iraq, things are said to be different on the ground. Turkish traders claim that many Iranian goods go undeclared into Iraq, evading tariffs, and, more importantly, many products enter Iraq through several “illegal” crossings. As a result, Turkish products become less competitive against Iranian ones, which could tempt desperate Turkish exporters to use the Iranian routes. In fact, this is already said to be happening.

An alternative idea is to move production to Iraq, provided that the business environment improves. “We told the Iraqis we are willing to invest and enhance their production strength and technology,” Taha said. “This, however, requires [favorable] investment conditions.”

Iraq’s existing regulations are “not reassuring” for investors, financiers and insurers, Taha said. Pointing to political factors, he added, “Five ministry posts in the government were only recently filled. We need to see what assurances the government will give investors and what legal amendments will be made. Small investors could brave certain risks, but large investments cannot afford risks at such a scale.”

Along with general security problems, Turkish entrepreneurs worry about pro-Iranian Popular Mobilization Units militias. A businessman with a long experience in Iraq, who asked not to be named, said, “You make a multimillion investment and then there come militias who do not recognize the legal order and [often] disturb investors. Investors need confidence. Yet, a telephone call from Iran can change everything. Moreover, the Popular Mobilization Units are setting up their own companies. They would not leave you in peace in overlapping areas.”

Iraqi Kurdistan used to be a crucial alternative for Turkey in times of trouble with Baghdad, but things have changed since Ankara’s hard-line stance against the Kurds over their failed independence referendum in 2017.

To pressure the Kurds, Ankara initiated talks with Baghdad for a second border crossing to bypass the existing one at Habur, which opens into Iraqi Kurdistan. It also urged Baghdad to take the control of the crossing from the Kurds. As part of reconciliation between Baghdad and the Kurds, a deal was reached in February, under which the central government’s rules apply at the crossing now. As a result, goods are being taxed only at the crossing, unlike before when the central government, too, collected fees on the route from Kirkuk to Baghdad.

The arrangement prevents the Kurds from making unilateral deals with Turkey, including, for instance, the lowering of tariffs.

In terms of investment, Kurdistan retains its appeal to Turkish entrepreneurs. “We could set up factories in Erbil, Dahuk and Zakho, from where we could sell goods to the rest of Iraq. Still, we need to find alternative markets beside Iraq,” Taha said.

Yet Kaya, who has been in contact with Kurdistan officials, argued that Turkey’s efforts to move closer to Erbil after “seeing the Iranian influence on the Iraqi market” could prove fruitless for two key reasons. “First, Turkey is no longer a reliable country in the eyes of Erbil and Baghdad alike. Second, Erbil can no longer act independently from Baghdad,” Kaya said, pointing to statements by Iraqi Kurdish leaders expressing commitment to harmony with Baghdad.

Kaya said Ankara has realized that its harsh stance over the referendum, marked by threats to “starve” the Iraqi Kurds, was an ill-advised policy with economic blowback. “Speaking in terms of Diyarbakir alone, 65% of our exports used to be to Iraq. The figure, which stood at $300 million prior to the referendum, fell to $100 million in its aftermath. It will now decrease further because of the new restrictions,” he said.

Iraq’s internal dynamics seem to be developing score-settling dimensions with Turkey at each and every milestone in bilateral ties. For Turkey, Iraq is becoming a place where the luxury of separating trade from security and political tensions is being increasingly lost.