Was Boris Johnson’s great grandfather an Ottoman traitor or a hero?

Boris Johnson ascending to power in the United Kingdom has triggered a debate on the role and views of his great grandfather, Ali Kemal, in Turkish history. 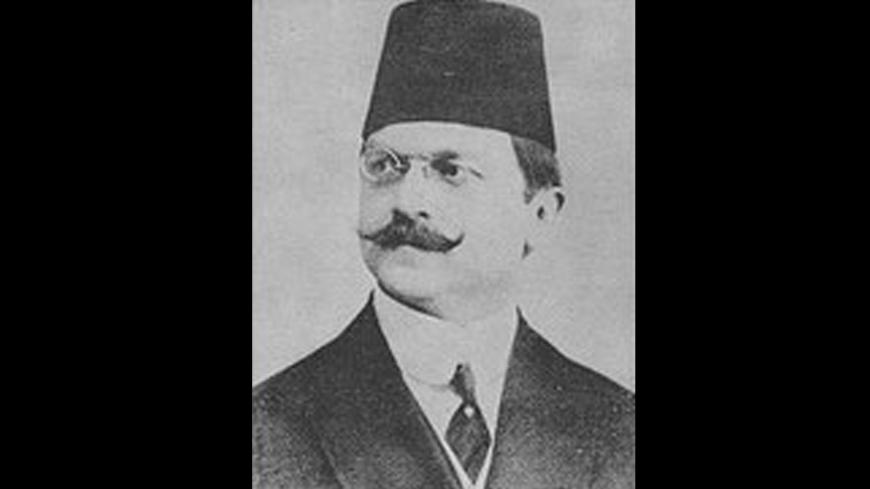 Ali Kemal, the last Ottoman interior minister, was also a well-known journalist and one of the most-hated figures in the nationalist narrative of the Turkish Republic. - Wikicommons

When conservative politician and former London mayor Boris Johnson became prime minister of the United Kingdom, a jubilant mood spread through the small Turkish village of Kalfat, where residents consider Johnson a “local son.” They are proud that distant relatives of the polarizing politician still live among them. Johnson’s great-great-grandfather Haci Ahmet Riza Efendi was born in Kalfat, and the house he lived in still stands.

One local man, Adem Karaagac, told Al-Monitor, “We were honored that someone who has Ottoman genes, who comes from these lands, has become the prime minister of the UK, [which is] a [player] at the international level.” Karaagac, like many other Kalfat residents, has been eagerly talking to the local and international press, offering up details that might attract the attention of tabloids around the world. They often volunteer that members of Johnson’s family are today known as the Sarioglangiller, which roughly translates as the “family of the blond boy.”

Given the enthusiasm of the Kalfat villagers and the headlines in some of Turkey's major newspapers — like those proclaiming “Welcome Cousin Boris” and the “Grandson of the Ottomans” — one might think that Johnson’s ancestors were respected and beloved figures in Turkey, but nothing could be further from the truth. In fact, Johnson's great-grandfather Ali Kemal was the last Ottoman minister of the interior, a well-known journalist and one of the most-hated figures in the nationalist narrative of the Turkish Republic.

Clear traces of the disdain for Ali Kemal are evident from browsing Turkish newspapers from the last couple of weeks. One article referred to him as the “embodiment of treachery” while two others called him a “traitor beyond the shadow of a doubt” and “Johnson’s treacherous grandfather.”

While the mainstream papers went with the treason angle, some social media users offered more nuanced opinions of Ali Kemal. Garo Paylan, an Armenian member of the Turkish parliament, is among those who spoke up in his defense.

“Ali Kemal was a conscientious politician,” Paylan tweeted. “He demanded accountability for the big crimes [committed during the Ottoman Empire] such as the Armenian genocide. Had he succeeded, the [culture of] genocide, lynching and the putsch might have been rooted out of the state. The crime remained unpunished. It is repeated today. May Ali Kemal Bey’s soul rest in peace.”

Not surprisingly, Paylan’s characterization drew angry responses from nationalist organizations, including the Youth Union of Turkey. Condemning Paylan’s message, the group declared that it will continue to fight against imperialists and their collaborators, who need not be named given the context

Why is Ali Kemal, who was brutally murdered in 1922, so important? Why does his name still stir so much passion, anger and resentment?

Ali Kemal, who held staunchly liberal views, supporting diminishing the state's control in many areas, was a strong ally of Sultan Abdulhamid, the last sultan to exert any real control over the Ottoman domain. Like the sultan, Ali Kemal had disagreed with and mistrusted the revolutionary Young Turks. Ali Kemal publicly expressed strong criticism of the movement for the atrocities against the Armenians and generally during the War of Independence (1919-23). He also opposed Mustafa Kemal Ataturk and his war against the European forces that invaded and then occupied the Ottoman Empire at the conclusion of World War I.

Ali Kemal fled into exile in 1909 in London and was in favor of a British protectorate over Ottoman lands, believing that a war for independence between the Turks and the imperial powers would further provoke the Great Powers and create a dark future for the Turks. Apparently he was badly misguided in this stance against Ataturk, who would ultimately lead Turkey to independence and expel foreign forces from Anatolia.

While in England, Ali Kemal married Winifred Brun, who gave birth to Osman Wilfred Kemal, Boris Johnson's grandfather (who would later adopt the maiden name of Winifred's mother, Johnson). Winifred died shortly afterward, and Ali Kemal returned to Turkey in 1912 and married Sabiha, the daughter of an Ottoman minister. Sabiha gave birth to Zeki Kuneralp, who would be appointed ambassador to the United Kingdom and to Spain, where he would be attacked by ASALA, an Armenian terrorist group, and barely survive. His wife was killed in the shooting.

How Ali Kemal's life came to an end is horrific. While he was being transferred to Ankara to be tried by an Independence Tribunal, he was seized from a train and lynched by a mob organized by Gen. Nurettin Pasha, commander of the First Army. It is said that he was lynched because of his opposition to the independence war. It is also a well-known fact that during the attack, the mob called him Artin Kemal, Artin being a popular Armenian name.

It is said that prominent figures of the newly established Turkish Republic, among them Ismet Inonu and Ataturk, abhorred Nurettin Pasha for what he did. He was never, however, punished for that deed or the other atrocities in which he was allegedly involved as he escaped arrest. Nurettin Pasha also organized the lynching of Chrysostomos Kalafatis, the metropolit of Smyrana, today's Izmir.

In Turkey today, Nurettin Pasha is still regarded as a hero because of his statesmanship during World War I, and one of his victims, Ali Kemal, is still the number one enemy of the nation. Surely there is something wrong in this assessment of history.

While some regard Ali Kemal as the epitome of treachery and others consider him a hero for calling for justice, Erdogan Aydin, a well-respected Turkish historian, suggests a more nuanced assessment of his legacy. In an interview with Seran Vreskala of the news portal Arti Gercek on July 28, Aydin said, “We cannot reach correct conclusions if we only speak of Ali Kemal in a debate over labeling him either a ‘traitor’ or a ‘hero.’ Therefore, on the one hand we need to give him credit for his being in favor of putting perpetrators of the Armenian genocide and war crimes on trial, but on the other hand we need to criticize him for his rigid opposition to the War of Independence and his unconditional support of the British back then.”

Boris Johnson’s rise to power in Britain thus reignited a hot debate in Turkey. Whether he is aware of it or not, his great grandfather's life is forcing Turks to examine gray areas in their past and to come to terms with a complicated history in which crimes against humanity were perpetrated and true heroism took place.