Abbas preserves security coordination despite its, and his, unpopularity

Ongoing security coordination between Israel and the Palestinian Authority is one of the wonders of the complex relationship between the two parties. 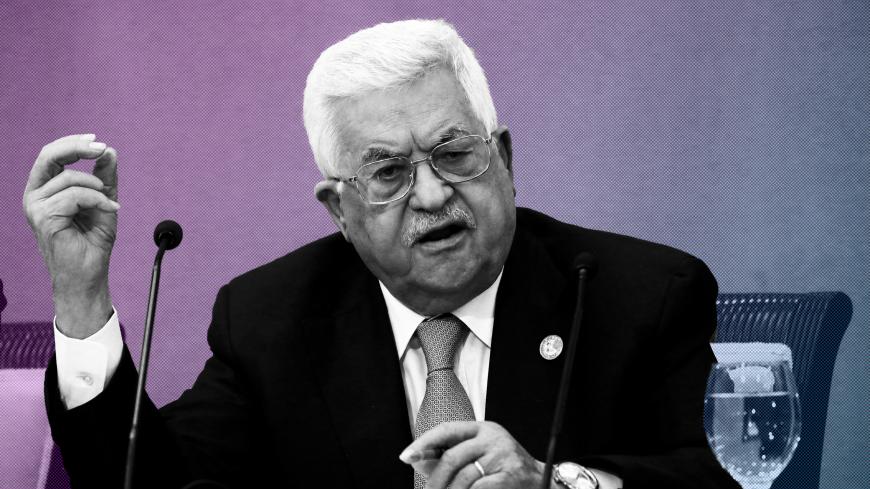 Close security coordination between Israel and the Palestinian Authority (PA) is one of the wonders of the complex relationship between the Israelis and Palestinians. On July 24, it was reported that Palestinian President Mahmoud Abbas had summoned the PA’s leadership for an urgent meeting in Ramallah the following day to discuss various dramatic steps they might take with regard to their relationship with Israel. Although it was not specifically stated what will be on the agenda, two recent intimations suggest that security coordination with Israel will continue even as the two parties convey the sense that their relationship has reached a crisis point.

One sign was the July 23 arrest by Israeli security forces of Alaa Bashir, a Quranic teacher from the West Bank village of Jinsafut, near Qalqilya. Bashir was suspected of planning a suicide attack in Israel. She had previously been arrested by Palestinian security forces two months earlier, apparently on the basis of information provided by Israel that she was planning a suicide attack on behalf of the Islamic State. Instructional materials were found in her home, and during her interrogation by the PA forces, she did not deny that she was planning an attack.

Bashir's first arrest by the PA sparked a huge campaign on social media, lambasting the PA and claiming that it had arrested women at Israel’s command and carried out a policy of arrests and assassinations on behalf of the “Zionist enemy.” A video castigating the PA made the rounds. Bashir was eventually released, but after that the PA arrested her twice more out of fear that she might conduct the attack out of sheer stubbornness. Each time, however, public pressure led Palestinian Preventative Security to release her. The Israel Defense Forces put an end to all that when its soldiers entered her village and arrested her themselves.

If the PA leadership thought that might put an end to the criticism of it, Hamas spokespeople disavowed them of that, publicly declaring what Palestinians on the West Bank were thinking but were too afraid to say out loud: “Israel’s arrest of Alaa Bashir after her release by the Palestinian security forces reveals the scope of the Palestinian Authority’s crime in continuing its security coordination with Israel.”

The second indication came from another direction and was far more important than it initially appeared. In October 2014, Israel revoked the VIP papers of Gen. Adnan al-Damiri, spokesperson for the PA's security forces, after he compared Prime Minister Benjamin Netanyahu to the leader of the Islamic State. The highly coveted papers grant their holder access throughout the West Bank and permission to enter Israeli territory. As far as anyone knows, the papers had not been returned to him, at least officially, yet he was photographed on July 23 at the Tango Café in Jaffa. The cafe owners were so excited by the general’s presence that they they posted a photo of him on their Facebook page. Damiri's sighting is further proof that the real relationship between Israel and the PA is not what the two parties relay to their respective constituents.

Led by Netanyahu, Israel has been mistreating Palestinian President Abbas, branding him hostile and a serial rejectionist of peace who should be isolated. It also adopted an official policy toward the PA of on the one hand threatening it, explicitly and implicitly, but on the other hand, doing everything it can to prevent the security situation in Palestinian-controlled areas from deteriorating into another intifada.

As far as Abbas goes, it is no easy matter to lose the public support of your own people and to be rebuked by them for appearing to collaborate with the enemy. Yet, despite the criticism he has faced over the years, in 2015 Abbas made the bold statement that security coordination with Israel is “sacred.” In the past two years, however, relations with Israel have deteriorated, and Abbas has changed his tune.

A sense of deep desperation among the Palestinians has been created by President Donald Trump’s decision to recognize Jerusalem as the capital of Israel, voices in Israel’s right-wing government calling for the annexation of West Bank territory and the economic crisis in the Palestinian territories resulting from the Financial Offset Law (or Deduction Law, allowing Israel to deduct from the tax revenues it collects on the PA's behalf an amount said to be equivalent to that allocated to support Palestinian prisoners in Israeli jails and their families). With all this, Abbas could no longer afford to speak highly of security coordination. Nevertheless, he has been careful to keep it intact.

In July 2017, with the crisis surrounding the installation of metal detectors and cameras on the Temple Mount looming in the background, Abbas threatened to freeze relations with Israel, including security ties. This would have severe repercussions, he warned, but nevertheless, he did not follow through with the threat.

About a year later, in October 2018, the PLO’s Central Committee recommended that security coordination with Israel be severed. At that same meeting, Abbas was selected to head a committee tasked with ceasing security coordination, but cooperation never ended. It was at this time that Abbas hosted Shin Bet Director Nadav Argaman at his home in Ramallah and told him explicitly that if Israel implemented the Financial Offset Law, the PA would immediately sever all security coordination. Israel began implementing the law in February 2019, but Abbas never made good on his threat. Security coordination between the PA and Israel never ceased for a moment.

In a conversation with Al-Monitor on the condition of anonymity, an Israeli security source confirmed that the “network of security coordination,” as he described it, has never been better. “The main thrust of the Israeli effort is to maintain the stability of the PA and to assist it in overcoming internal and external threats from Hamas and cells associated with the Islamic State,” the source said. “In return, they do everything they can to prevent attacks by individuals or groups that could get the Palestinian Authority into trouble with Israel.”

Thus Abbas, through no choice of his own, finds himself trapped between a proverbial Palestinian rock and an Israeli hard place. At a meeting with Israeli businessmen at his Ramallah office in January, he said, “We respect Israeli security and hope that the IDF will respect our security too.”

In a meeting with Peace Now representatives a few months prior to that, in September 2018, Abbas offered this frank confession: “My problem is with Netanyahu, not with Likud.… I consistently meet with the heads of the Shin Bet. We agree on 99% of the issues.” Argaman does, in fact, meet regularly with Abbas, and Netanyahu knows about it. In other words, all his claims about Abbas are little more than demagoguery.

After the July 25 PA meeting, will Abbas announce that he is severing ties with Israel and halting security coordination? Even if he does, past experience shows that there are words and then there are (different) actions. Israel will likely do everything to pull the rug out from under the man who has given up on maintaining his popularity and who still holds security coordination to be sacred.