Israel and Hamas agree: Gaza to soon get new hospital

Israel and Hamas are on the same page for a change, with the two agreeing on the erection of a field hospital near the Erez crossing to enable international medical teams to help address some of the health care problems plaguing Gaza residents. 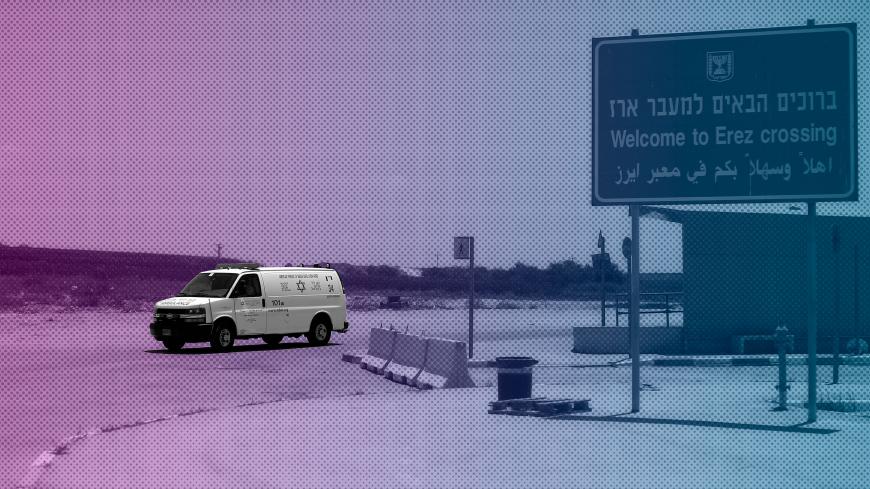 Surveying began this month for the erection of a 43,000-square-foot field hospital for Gaza Strip residents next to the Erez border crossing into Israel. Prime Minister Benjamin Netanyahu had approved the preliminary work as part of understandings reached in Egyptian-mediated talks with Hamas.

The hospital, like almost every other new project in Gaza, will be funded by the Qatari government. It will rely on the infrastructure, expertise, experience and resources of Friend Ships, an American NGO staffed by volunteers who provide humanitarian assistance to people in war zones and victims of natural disasters.

Friend Ships had in recent years run the hospital in Syria. When fighting there abated, a decision was made to relocate the facility's giant tents, equipment and medical and paramedical staff from Syria to Gaza. The hospital will include 16 wards with advanced equipment and be run by an international medical and administrative team.

The new facility will not replace Gaza City’s main hospital, Shifa, or the smaller hospitals in Rafah and Khan Yunis. Like most hospitals, it will have a maternity ward and pediatric and internal medicine departments, but most of its work will focus on diagnosing patients with hereditary conditions or life-threatening diseases. Those found to be in need of additional care will be referred for life-saving treatment to Israeli hospitals or to East Jerusalem and West Bank facilities. The diagnostics and triage are expected to be far quicker and more efficient than those currently available, providing a needed boost to the crumbling health care system struggling to serve Gaza’s 2 million Palestinians.

The vision of a large, modern and well-equipped hospital for the besieged and impoverished enclave is being realized thanks to Qatari largesse and the American volunteer spirit, but these will not entirely suffice in addressing the situation given the volatile nature of the region and the complex relationship between Israel and Hamas. Now that Israel has acknowledged the need for a hospital in Gaza, it will turn to what it calls the “security stage.” In other words, this is an opportunity for Israel to improve its positions in regard to Hamas and to coerce the movement into adhering to new rules.

Israeli authorities want all the equipment for the hospital, including tents and mobile facilities, to be transported from Syria to Gaza by land via Israel despite the complex logistics and security arrangements involved. That said, the equipment will probably be transferred from Syria by sea via the port of Limassol, Cyprus, to Israel’s port at Ashdod, and from there on trucks to the Erez crossing.

During the 2014 Israel-Hamas war, Israel set up a field hospital at the Erez crossing to treat Palestinians injured in the fighting, but the facility was barely used. Israel claimed at the time that Hamas was preventing injured Gaza residents from seeking treatment at it, but there is another plausible explanation: The Palestinians injured by Israeli fire would have been considered traitors in Gaza had they availed themselves of treatment by “the enemy.”

The current situation is different. The planned hospital is not an Israeli facility, but Hamas leaders probably understand why Israel, which controls the area around the Erez crossing, has insisted that the facility be erected near it, about 550 yards from the transit terminal, in a section the Palestinians call Hamsa.

Before Hamas seized control of Gaza in 2007, the Palestinian Authority (PA) had used the designated area to conduct security checks on people entering and leaving the territory. “Formally speaking, the area is under Hamas control,” an Israeli security source told Al-Monitor, speaking on the condition of anonymity. “But Hamsa is just an arm's-length from Israel, and one does not need binoculars to see who is working there and who the patients are in the wards.”

According to the source, Israel suggested to the PA that it take part in the project, but Palestinian President Mahmoud Abbas “objects to any contact with Hamas and with the Gaza Strip.” “Since he decided on total disengagement [from Gaza], he no longer has an interest in Gaza,” the source explained.

Israel is not interested in controlling the new hospital. Rather, it seeks to save and improve Gaza’s health care system. “Nonetheless,” the Israeli source said, “erecting a hospital on the Israel-Gaza border provides Israel with a ‘defensive shield.’ The leaders of Hamas in Gaza are very keen to have this hospital to respond to some of Gaza’s residents, and they will make sure that the border area remains calm in order not to endanger it. The hospital’s position adjacent to the Erez crossing will also make the medical staff and volunteers feel safer.”