Yisrael Beiteinu leader Avigdor Liberman may have exaggerated in railing against the country’s religious pre-military academies, but he's correct about the radicalization of the religious Zionist stream. 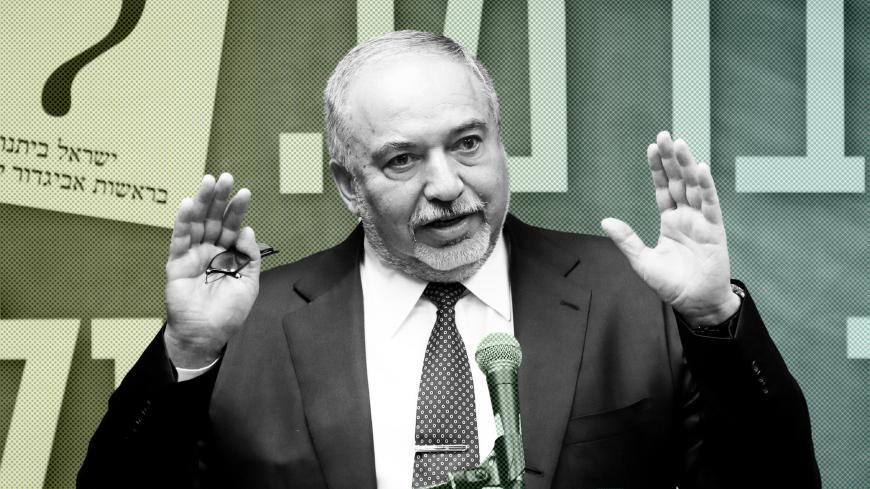 Israel's former Defense Minister Avigdor Liberman speaks during a Yisrael Beitenu meeting at the Knesset in Jerusalem, May 27, 2019. - REUTERS/Ronen Zvulun

Addressing the annual policy conference of the Interdisciplinary Center in Herzliya on July 2, former Defense Minister Avigdor Liberman, chair of Yisrael Beitenu, launched a harsh broadside at religious radicalization and the religious military preparatory academies headed by rabbis who also serve as their educators and ideologues. Such strident criticism against Israel’s religious Zionism and its military academies appears unprecedented in Israeli history.

“The religious preparatory programs have produced some of the bravest fighters in combat and I hope they will continue to function, but what is happening today is that the preparatory programs are developing into phalanges,” Liberman argued, astounding his listeners. For many Israelis, the term “phalange” conjures up the trauma of the 1982 Lebanon War when Israeli-allied Christian militias known as the Phalange slaughtered hundreds of Palestinian women, children and men in the Sabra and Shatila refugee camps that were under Israeli control.

Horrified reactions followed. Prime Minister Benjamin Netanyahu tweeted, “Graduates of the academies and of religious Zionism include the late Roi Klein, Uriel and Eliraz Peretz, Dror Weinberg and many other fighters and commanders who gave their lives for Israel’s security. Anyone who attacks Israel’s heroes just to pick up a few more votes should be ashamed.”

The chair of the opposition Blue and White Party, former military Chief of Staff Benny Gantz, also criticized Liberman’s attack. “Challenging this important enterprise hurts our best sons and daughters who give their lives for the State of Israel and Israeli society,” he tweeted.

Head of New Right Party Naftali Bennett, whose purview as Israel’s former minister of education included the military preparatory academies, dubbed them “the glory of Zionism” and called Liberman’s comments “complete nonsense.” He denied that a military unit comprising academy graduates had ever undertaken “independent action on which some imaginary rabbi sent them," saying, "They also never disobeyed an order.”

Bennett’s successor at the helm of HaBayit HaYehudi and one of the founders of the Atzmona military preparatory academy in the West Bank, Rabbi Rafi Peretz, wrote to Liberman, “Free us from your presence. Your time has passed. These are the dying flutters of your career. At a time when Israeli society needs unity and healing of its ruptures, you only fan the flames and deepen the polarization.” Peretz, a former air force pilot and chief army rabbi, added, “There has never been an educational enterprise that contributed more to the military and the state as did the pre-military academies.”

Liberman, who is branding himself ahead of the Sept. 17 elections as a fighter against religious coercion and the ultra-Orthodox parties, has now expanded his target list to include religious Zionism. In harsh, abrasive and outrageous language, he highlighted the process of religious radicalization and its growing impact on the lives of non-religious Israelis as exerted by extreme right-wing parties.

These parties — HaBayit HaYehudi, National Unity and Israel Power — united ahead of the April elections and have had a tangible impact on Israel’s security policy by deepening the settlement enterprise and demanding the annexation of Palestinian land. Their leaders have long served as the country’s education ministers and exerted significant influence over the secular and religious school systems. The settler takeover of religious Zionism is clearly reflected in the identities of the United Right alliance representatives, which include newly appointed transportation minister and security cabinet member Bezalel Smotrich and the adherents of Rabbi Meir Kahane.

Some rabbis of the religious right, such as Haim Druckman, head of the Or Etzion Yeshiva, and Zalman Baruch Melamed, head of the Beit El Yesihva and co-founder of the Bnei David military preparatory academy, influence not only the general ideological lines of political representatives but also the religious colleges. They and others speak openly about disobeying military orders to evacuate settlements in the West Bank because religious law supersedes state laws and military orders. For example, Melamed wrote, “Many soldiers and many commanders asked what they should do according to the Torah. We already have a halachic ban on evacuating settlements and a soldier is not allowed to carry out an order to evict settlers. He must refuse to obey it.”

These messages seep in as “rabbinical instructions,” furthering the reach of extremism. During the December 2016 evacuation of the West Bank outpost of Amona, 12 soldiers from the Givati brigade reportedly disobeyed orders and abandoned their guard posts next to the settlement.

The Bnei David academy in the settlement of Eli has been at the center of the controversy. Its leaders rightfully boast of having the highest rate of enlistment for combat units and the highest number of senior officers from among its graduates, as well as a high number of graduates killed in the line of duty in Gaza and Lebanon.

The Bnei David academy was the first such institution, founded in 1988 and considered a success. Since then, 52 more academies have been established, both religious and secular, with some 3,500 students. Over 12 to 18 months, the program is designed to prepare secular and religious high school graduates for military life — both physically and mentally.

Just this week, on July 1, Bnei David graduate Brig. Gen. (res.) Ofer Winter was appointed commander of the “Fire” Division, which includes the elite Commando and Paratroopers Brigades. Winter, commander of the Givati brigade during the 2014 Operation Protective Edge in Gaza, caused a storm when he handed his troops a written “pep talk” telling them that fighting in Gaza was a divinely ordered religious war. Winter called upon “the God of Israel” to “make our path successful as we go and stand to fight for the sake of your people of Israel against a foe which curses your name.” Former military Chief of Staff Lt. Gen. (res.) Gadi Eizenkot refused to promote him after the war, but Liberman named him his military aide when he served as defense minister.

Israelis heard the radical religious messages drummed into the students at the Eli academy via a series of secret recordings and videos aired on Channel 13 in April. In the recordings, the rabbis are heard making outrageously racist comments that betray the depth of the radicalization of the religious Zionist stream. Though this stream of Israeli Judaism was once considered moderate and dignified, it is now radically religious.

“The real Holocaust was not when they murdered the Jews, that’s not it. All these excuses — that it was ideological or systematic — are nonsense,” Rabbi Giora Redler is heard telling his students at the academy in Eli. “Humanism, and the secular culture of ‘We believe in man,’ that’s the Holocaust." The head of the academy, Rabbi Eliezer Kashtiel, is heard telling a class, “Yes, we’re racists. We believe in racism. … There are races in the world and peoples have genetic traits, and that requires us to try to help them.”

In his Herzliya speech, Liberman exaggerated in saying that the academies were turning out "phalanges," but correctly identified the radicalization that religious Zionism is undergoing and the path on which it is leading Netanyahu, who views its adherents as political allies without whom he cannot survive.