A spokesman for the Iranian administration said the tanker crisis between Iran and the United Kingdom could be solved through diplomacy. 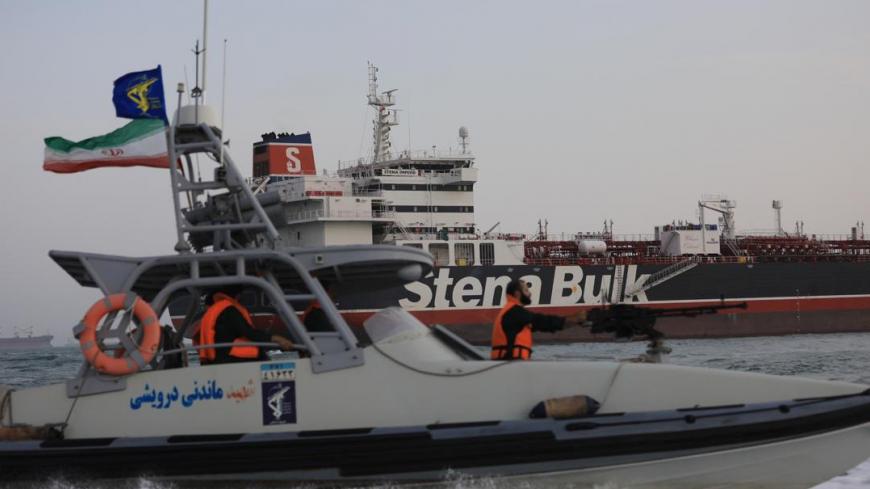 An Islamic Revolutionary Guard Corps boat is seen next to Stena Impero, a British-flagged vessel owned by Stena Bulk, at Bandar Abbas Port, Iran, in this undated photo provided by the Iranian Students' News Agency and the Wana News Agency. - ISNA/WANA via REUTERS

Ali Rabei, spokesman for the Hassan Rouhani administration, said the crisis involving the oil tankers belonging to the United Kingdom and Iran could be solved diplomatically.

The Islamic Revolutionary Guard Corps (IRGC) recently seized the British oil tanker the Stena Impero in the Persian Gulf. The IRGC not only released video of the seizure, in which men dropped from a helicopter onto the tanker, but it also released video of the Islamic call to prayer from the loudspeaker of the British oil tanker. Two weeks ago, the UK had seized an Iranian tanker, Grace 1, off the coast of Gibraltar. The UK claims the Iranian tanker was carrying oil to the Syrian government, which is under an EU embargo.

Rabei rejected similarities to the seizure of the tankers. “The British tanker was seized in Iranian waters,” Rabei said. The Iranian tanker was “seized illegally” in Spanish waters, even according to Spanish officials, he added. “We decided to implement international laws in our own waters” by seizing the British tanker, Rabei said.

Rabei said the British tanker committed a “legal violation” and Iran seized it “for the security of the region.” In response to countries asking Iran to release the seized British tanker, Rabei said, “Actually, we want these countries to say the same thing to the British.” He said the alleged violations committed by the British tanker included turning off their location device, entering via a southern path instead of through the Strait of Hormuz and ignoring repeated warnings.

Despite Rabei’s claims that the crisis could be resolved through diplomacy, he does not believe it can be solved soon. “We believe that this could be solved diplomatically,” Rabei said, “But we’ve become accustomed to the American and British logic that they take nonfriendly and illegal actions but have an issue when someone responds legally to those actions.”

Rabei also rejected analyses that Iran’s seizure of Stena Impero was in response to the UK’s seizure of Grace 1. He tweeted July 22, “The UK-flagged ship has not been seized for retaliation. When the good faith in bilateral relations is undermined, the UK cannot expect their illegal actions in the Strait of Hormuz to be construed optimistically. We hope Britain would attempt to restore trust.”