Fighting goes on in Idlib and Hama provinces between opposition forces and the Syrian regime, and recently Turkey and Russia seem more involved in the confrontations. 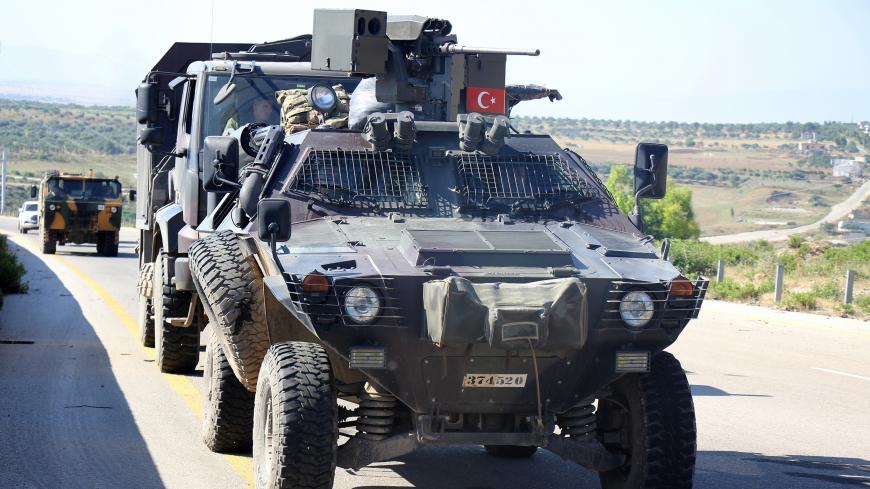 ALEPPO, Syria — Battles between Syrian regime forces and the armed opposition in Idlib and northern Hama provinces continue, with heavy regime shelling of opposition-held cities and towns. Russian and regime airstrikes are bombarding opposition and Turkish surveillance posts, killing civilians and paramedics on a daily basis.

But opposition forces seem to be giving as good as they get, or better.

Russia and Turkey have collaborated on peace negotiations in the 8-year-old Syrian civil war, but Moscow backs Syrian President Bashar al-Assad and Ankara has supported the Free Syrian Army opposition group, as Turkey seeks to contain potential expansion by Kurds on its border with Syria.

The Turkish army has increased the number of surveillance posts in Idlib province and surrounding areas, and on June 25 dispatched reinforcements to the Turkish side of the border area there. Regime forces have targeted Turkish posts more than once. On June 27, the regime shelled the 10th Turkish surveillance post in northwestern Hama, and Turkey reported an attack on an Idlib post June 29.

The confrontations have turned into battles of attrition in which both sides have lost dozens of fighters. The regime hasn't advanced in the past month, but the opposition in northern Hama did take control of the towns of Tell Malah and Jibeen on June 6. Then the opposition was able to shut down the road linking Mahardah to al-Suqaylabiyah, forcing regime forces to end their offensives in southern Idlib by menacing their supply routes north of Hama. The opposition also broke up regime forces’ attacks more than once.

The opposition is resorting to various battle tactics. It sometimes uses anti-tank missiles, killing the largest possible number of troops and destroying their military vehicles. At other times, the opposition infiltrates regime-held areas to make advances on the ground and seize additional villages in northern Hama.

The National Front for Liberation rebel group, affiliated with the Free Syrian Army (FSA), tweeted June 26 that it had targeted the joint operation room of the regime and Russian forces in the town of Breidij in northern Hama. Also, on June 24 it announced in a tweet that its anti-tank missiles destroyed some regime forces’ tanks and vehicles there. In contrast, despite repeated attempts, the regime failed June 15 and June 20 to restore its posts in northwest Hama.

The regime forces' June 27 attack targeting the 10th surveillance post was designed to pressure Turkey to halt the opposition's attacks. It is widely believed that Turkey is still supplying the opposition with weapons and ammunition and is behind its offensives, and that the Turkish support delays the regime's advances.

Col. Mostafa Bakkour, the commander of the rebel group Jaish al-Izza (Army of Glory), told Al-Monitor, “The regime forces have endured major losses in the battles in northern Hama in the past two weeks. They started targeting the Turkish surveillance posts to drag Turkey into a direct confrontation. Also, the shelling of Turkish surveillance posts could be seen as a retaliatory step by the regime forces, which consider Turkey a supporter of the opposition."

Col. Bashar Saadeddin, an opposition military commander who defected from the regime's forces, told Al-Monitor the regime has shelled Turkish surveillance posts on orders from Russia, which is pressuring Turkey to make gains in ongoing negotiations. The regime's “goal could be to drag Turkey into ... a direct confrontation with regime forces, hence reshuffling the cards in Idlib to serve the interests of the regime and its allies at the expense of the opposition and its ally, Turkey."

According to a statement by Turkey's official news outlet, Anadolu Agency, the Turkish Defense Ministry pledged to retaliate harshly for attacks, although Ankara doesn't want to escalate the situation or be dragged into a larger confrontation with the regime. On June 27, Turkey summoned the Russian military attache in Ankara and called on Moscow to take the necessary steps to halt the regime's offensives on Turkish posts.

Meanwhile, National Liberation Front spokesman Capt. Naji abou Hazifa told Al-Monitor, “The Russian-backed regime forces incurred heavy losses in the battles in northern and southern Hama. We managed to shift from being on the defensive against the regime in May, to becoming the offense in June. Our anti-tank guided missiles, the BM-21 'Grad' and various shelling were able to destroy a large number of the regime’s tanks, armored vehicles and troop carriers.”

He added, “The regime forces have been trying to advance toward Tell Malah and Jibeen since June 28.”