The cancer rate has been on the rise in the Iraqi oil-rich province of Basra, and many blame this on increasing pollution and on depleted uranium dust from weapons used in the 1991 Gulf War. 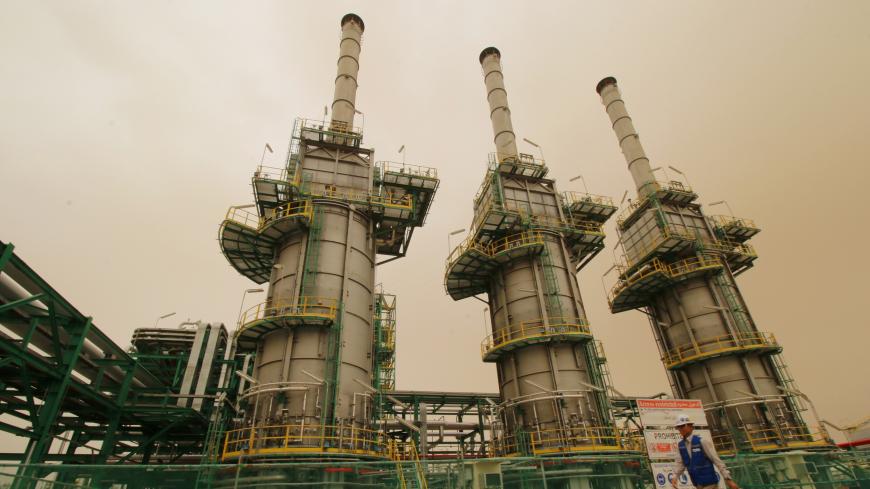 A worker walks at the Zubair oilfield, Basra, Iraq, May 9, 2018. Pollution from oil fields is seen as one of the causes of an increasing cancer rate in Basra. - REUTERS/Essam al-Sudani

The deputy governor of Basra province, Zahra al-Bijari, claimed June 6 that cancer rates have been growing dramatically in the province as a result of pollution, both from oil production and from depleted uranium dust that a doctor says is causing "another Hiroshima."

The province of Basra is registering 800 new cases of cancer per month, according to Iraq's High Commission for Human Rights, which attributed the cause to “multiple reasons, including environmental pollutants, whether in the air such as emanating from oil combustion, in water and soil, and resulting from effects of war.”

Basra, in the far south of Iraq, is known for its ​​oil reserves. For more than a year now, the province has been plagued by a “health crisis” of illnesses and injuries associated with water, air and soil pollution, decades-old land mines and the rise of cancer cases.

At a May 20 parliament session, a member of parliament from Basra, Faleh Khazali said, “The water, air and soil in the province of Basra are all contaminated. There are 18 sites of radioactive materials that have not been processed so far, as well as the unprocessed gas associated with oil exploration. Add to this the existence of remnants of war in the waters off the Shatt al-Arab beach and the pollution of rivers in the center of Basra.”

In an article published by the US muckraking magazine CounterPunch in December 2018, Jawad al-Ali, an Iraqi oncologist and a member of England’s Royal Society of Physicians, was quoted as describing Basra as “another Hiroshima.” He added, “Our studies indicate that more than 40% of the population around Basra will get cancer.” The story, titled "Cancer as Weapon: Poppy Bush’s Radioactive War on Iraq," indicated that much of this could be due to the depleted uranium dust left by weapons used by the United States and Britain in the 1991 Gulf War.

Bijari was quoted as saying to Almaalomah Press, "The areas of Shatt al-Arab and Zubair and the center of Basra have the highest rate of cancer injuries in all of Iraq." Basra's deputy governor also said that "some of the streets of those areas recorded a rate of cancer in each house."

According to statistics obtained by Al-Monitor from an Iraqi government institution, the rate of cancer in the province of Basra between 2015 and 2017 ranged from 400 to 500 new cases per month, but that these increased by up to 200% in 2018.

The head of the human rights commission, Mahdi al-Tamimi, told Al-Monitor that in Basra, “More than 90% of [cancer] patients die. Earlier, the government refused to address the issue of cancer and talk about its proportions, but today it is no longer possible to hide this catastrophe.”

He added, “The medicine is available, but securing it is not easy. In most cases, there is not enough for all the patients. There is usually a shortage that deprives a number of people with cancer of treatment, which forces them to delay their treatment.”

An oncologist at the cancer center in Basra told Al-Monitor on condition of anonymity, because he was not authorized to make a statement, “The Ministry of Health in Baghdad did not send the drugs in accordance with the time schedule we have sought. The increase in cancer cases causes a rapid consumption of the medication.”

Despite its large population, Basra has only one center for cancer patients. While the center has a capacity of 400 beds, only 200 are said to be suitable for use. The center is old and is experiencing problems involving moisture and utility services. There also is a lack of specialized medical staff.

In recent years, the center has dealt with about 2,500 cases annually, according to Safa Bandar, a member of the Iraqi parliament's Health Committee.

Most of the time, the center is full of cancer patients, many of whom find themselves forced to sleep in the corridors. The center receives 120 to 150 patients with cancer on a daily basis, not including those who have spent the night before there.

Another member of parliament for Basra, Abd Aoun Abadi, said there are up to 24,000 total cancer cases in Basra. He blamed oil companies operating in the province for this.

Member of parliament Abdul Amir al-Mayahi shares the same opinion. He filed a lawsuit April 30 against oil companies in the province, accusing them of polluting the water.

The cancer center oncologist said the institution lacks an early detection system for cancer, which in itself contributes to the increase in the disease and its aggravation in patients. “It also does not meet the necessary criteria. It is obsolete and has a shortage of services.”

The families of cancer patients in Basra protest from time to time against delays of several months for their children to be administered treatment doses. However, the local government in Basra and the Federal Ministry of Health have not responded to these protests.

Civil society activists launched a campaign under the Arabic hashtag “I dare you to save me” to help cancer patients get the treatment they need by lobbying the federal government. They received promises from government officials and parliamentarians. But on the ground, the situation remained the same.

While the oil-rich area around Basra contributes more than 85% of Iraq's financial budget annually, its residents are still unable to get treatments to prevent their children from dying.

People in Basra have been complaining loudly about the government since 2015, when anti-corruption protests began there.

More protests are expected in Basra during the next two months against the poor services in the country, specifically the provision of electricity. This time, the problems involving the lack of treatment for cancer patients may also be raised.

The health problems in Basra could just be that start of other health issues that could arise in the coming years. Some of these may result from the environmental pollution that Iraqi governments after 2003 have failed to remedy and the radioactive contamination ensuing from the wars waged by the regime of Saddam Hussein.