A 456-page semi-autobiographical work by prominent Iranian rights activist Emadeddin Baghi aims to turn the public against the death penalty in the country. 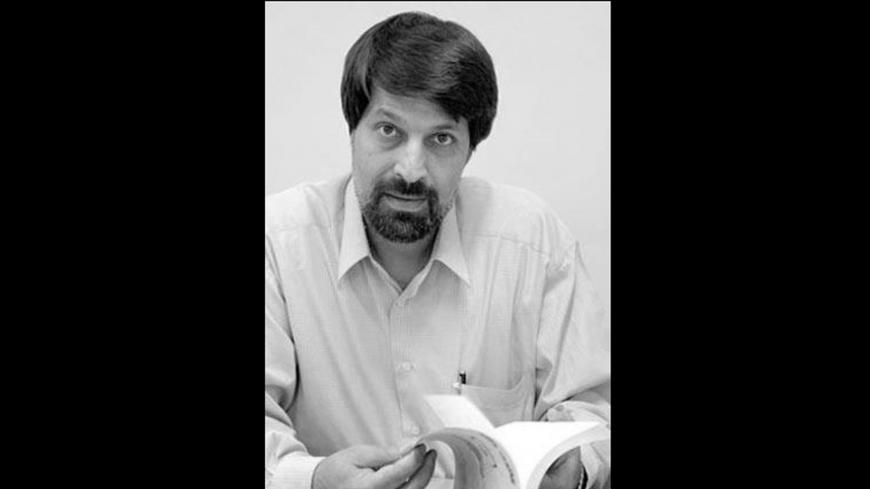 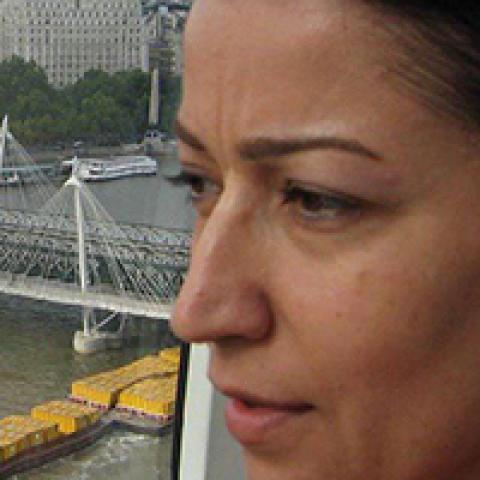 "The prisoners were all ears while Janyar recounted them an anecdote from [Dostoevsky's] ‘The Idiot.’ One inmate … however, looked as though he had been asleep for centuries. His eyes were open, but he was no longer seeing anything. What they had been all talking about had quietly and surreptitiously called on their inmate. It calls on everyone in a different way. Their inmate had died of a heart attack; as simple as that."

The above passage is part of "Jan” (“The Soul”), a 456-page semi-autobiographical work by prominent Iranian rights activist Emadeddin Baghi. Baghi’s description of death in the prison cell reflects his advocacy against the death penalty for more than three decades.

According to a 2017 Amnesty International report, Iran, Saudi Arabia and Iraq are the top three countries to implement the death penalty, accounting for 92% of executions in the region. But few in Iran dare raise their voices against it, as any explicit criticism of capital punishment pushes red lines and brings unpredictable risks to opponents.

Despite this backdrop, Baghi has written numerous articles and books over the last 35 years. His essays — some of which were banned — range from subjects such as the Islamic law of Qesas (retribution) to the stoning sentence and to jurisprudential reasons for the repeal of the execution of minors. So he produced a work of fiction to illustrate his fight against capital punishment, which was published in early 2019.

Using the experience of his own time behind bars, Baghi adopted a first-person narrative to recount the fates of death row inmates. The book aims to address general readers — not jurists, scholars or experts who are already familiar with the legal and political framework of capital punishment.

"I have written numerous books and articles from either sociological or religious points of view against the death penalty,” Baghi told Al-Monitor, explaining that religion constituted a strong barrier to the abolishment of capital punishment in Iran.

“I noticed, however, that all my research-based works appeal mainly to academics or [clerical elites]. But our major challenge in Iran is public opinion. A big percentage of common people, according to surveys, support the death penalty," he said.

Baghi explained that his strategy was to influence “the minds and hearts of ordinary people” and gain their support to oppose the death penalty. "So I decided to offer my views and ideas based on the cases of death row inmates whose lives I have been trying to save and my firsthand experience of living with them.”

Baghi says in his foreword in “Jan” that his first work of fiction was a mix of real and imagined anecdotes. He also sought help from professional novelists and polished and re-polished his narration time and again.

Fiction or nonfiction, any book that challenges the death penalty might have to wait for a long time before being approved — if at all — for publication by Iran's Ministry of Culture and Islamic Guidance, and his book was no exception. According to Baghi, officials from the Ministry of Culture were concerned that the book could draw criticism "particularly since they knew that exactly 20 years ago a daily had been shut down over an article I had written on the same topic.”

He also remembers that under former hard-line President Mahmoud Ahmadinejad, two of his books on Qesas had been denied publication permission.

It took “Jan” one and a half years to be published, which Baghi considers a sign that Iranian President Hassan Rouhani's administration is inclined to "open up the atmosphere" to books and papers on the subject.

"I had legal discussions with [officials from the Ministry of Culture] over the content of the book in order to reduce the number of deletions. My attitude, however, was not an 'all or none.’ I appreciate the situation in Iran and have no totalitarian attitude. Even if 90 or 80% of the content of my book had been officially approved for publication, [I would have been happy]. The very fact that a book on this topic gets published is by itself a success," Baghi said.

The former prisoner of conscience who founded the Society for the Defense of Prisoners' Rights in 2003 believes his new book will be more influential on the public than his previous writings and can even become a film. "I think stories and films are effective tools for disseminating the idea behind my campaign among the people. The effect of these types of cultural activities may appear rather slowly and gradually, but it lasts long and has long-term results," Baghi said.

Baghi sounded optimistic when Al-Monitor asked him about the feedback he had received, noting that social media users had mostly welcomed the book and the state-run news agencies did not shy away from discussing the "sensitive" theme of the book with him. "The hard layers of resistance will melt away, but there is still a way to go,” he said.

Novelist and literary editor Mehdi Yazdani Khorram said Baghi's novel was indeed an effective tool to make his case against the death penalty. "Baghi is by no means seeking to dictate a manifesto, especially under today's circumstances in Iran. As the narrator of the story, he is looking for a way to provoke the audience to react against execution and to feel responsible about [its occurrence] after reading his book," Yazdani Khorram told Al-Monitor.

He also said that Baghi’s “Jan” targeted the mentality of the Iranian majority that advocates for the death penalty. "Baghi's most important effort is to remind his audience of the historical but forgotten importance of human life for Iranian people. However, [the Iranians] have grown indifferent to execution; this indifference exists even among certain intellectual layers of our society," said Yazdani Khorram.

According to him, Baghi regards capital punishment as a double-edged phenomenon that involves both murder and execution. "The narrator, who is a critic of execution, is all the time fathoming this dichotomy [of executing someone who has killed someone else]. [Under the death penalty], those who are guilty of killing someone should now be murdered. This is a dialectic situation. The murderer and the murdered are one. Like Albert Camus and Arthur Koestler, Baghi believes execution cannot have a corrective effect on society," Yazdani Khorram said.

Meanwhile, Fatemeh Kamali — head of Saraee Publication, which published “Jan" — confirms that the situation for writers and publishers has improved since moderate President Rouhani took office in 2013. Speaking to Al-Monitor, Kamali said her publishing house had been banned from operation for eight years under Ahmadinejad and her work license revoked.

Kamali said, "We were left with a warehouse full of books and had no choice but to pay all the storage cost for eight years. Despite all the losses we suffered, we were determined to weather the crisis because writers had trusted us with their books. In order to revive our activity, we managed to put up with the crisis until — under President Rouhani — we succeeded in getting a license again. And although censorship is still in place, the situation has improved. Several books that could not have been formerly published have been granted publication permission. ‘Jan’ is one of them."

She added, however, that because of the "crisis in Iran's foreign diplomacy and economic pressures [on the country], the publishers are now suffering extreme stringency.”

But Kamali's concluding remark was positive - that Jan has outsold the publisher's other books this year.