Egypt's Supreme Council for Media Regulation claims that its new rules for radio and television broadcasts are intended to regulate the media environment in a rational and constitutional way but others see censorship at work. 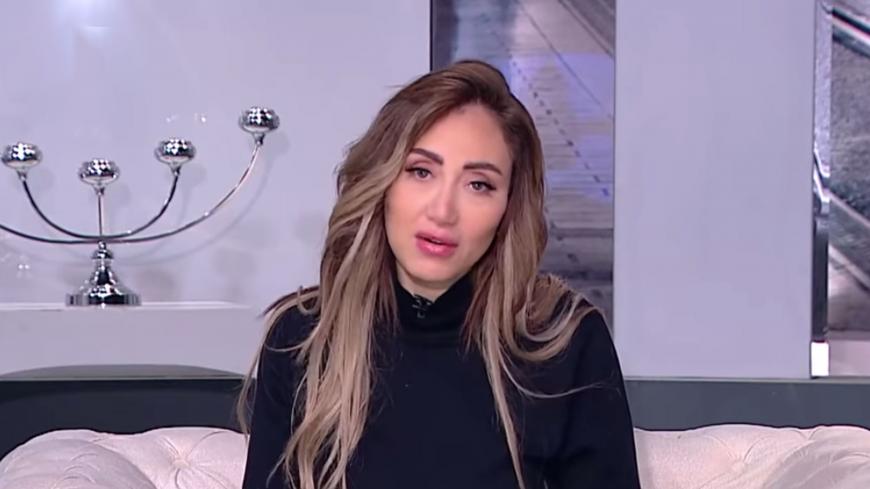 TV presenter Reham Saeed, who was charged but later cleared of colluding with thieves to kidnap children to promote her show on An-Nahar TV, is seen in a still from a video, uploaded Jan. 8, 2019. - YouTube/AlHayah TV Network 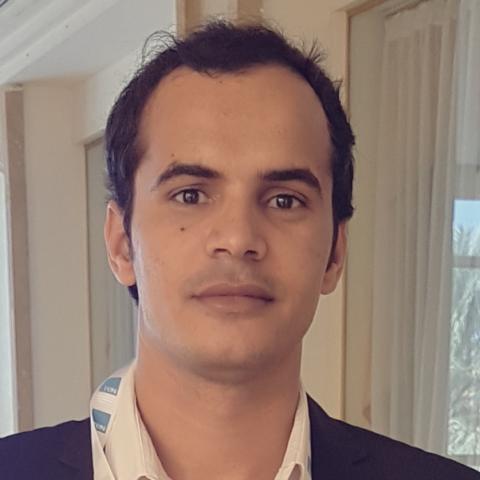 CAIRO — There are plenty of reasons for wanting to upgrade media professionalism in Egypt. A short list would include some of the extraordinary incidents over the past few years, ranging from false reporting that Egypt had detained the commander of the US Sixth Fleet to scenes from the Apache Air Assault video game being presented as footage of Russian shelling of Islamic State and Free Syrian Army forces to hiring thieves to kidnap children to boost a show's ratings. With that acknowledged, Egypt is also known for imposing harsh media restrictions and doing so frequently.

With both tendencies is in mind, when the country's Supreme Council for Media Regulation recently issued new controls for the sector, claiming it just wanted to tamp down the “chaos,” not everyone was convinced. In a June 11 announcement, the council claimed that the new rules are in line with the constitution, law, media charters and UN conventions. The new rules apply to TV and radio broadcast originating within the country.

The council issued 21 rules just for talk shows, which have the potential to influence public opinion. It set the length of each edition at 90 minutes and holds the producer responsible for everything broadcast. The shows are required to focus on current events and coordinate with the state on “news,” attribute information to known sources and safeguard Egypt's image and relations with other states. Channels must also abide by time limits set for running advertisements and provide the council with information on staffing.

Stations broadcasting religious shows must ensure that hosts be knowledgeable in matters of faith, the main biographies of the Prophet Muhammad and possess the ability to recite the Quran using the correct pronunciation. Such shows have to limit their guests to scholars and university professors and consult clerics from Al-Azhar, Dar-al-Ifta and the Awqaf Ministry.

Al-Monitor spoke with Islam al-Behairy, host of “Al-Bousla” (The Compass), a program on Ten TV about religion in modern life. In 2015, Behairy was charged with defaming Islam and sentenced to a year in prison. “I believe that the council is trying to regulate the fatwa programs,” Behairy said, referring to shows on which clerics, some with dubious credentials, issue fatwas based on their interpretations of Sharia. “My show, [however], is intellectual. I am not a cleric, and no one can restrict [people’s] thinking.”

Sports programs broadcast on TV and radio were hit with 28 news rules. Of particular note, they must limit content to sports and avoid discussion of social, economic or political issues. They are required to be respectful of sports personalities and abstain from inciting public opinion.

In January, the council had banned Mortada Mansour from appearing through any media to “preserve national security,” it claimed. Mansour, the controversial chairman of the Zamalek Sporting Club and member of parliament, has had a long history of “unethical conduct” and hurling obscenities freely.

As for medical programs, the council requires that programs interviewing a physician obtain permits from the Ministry of Public Health and the Egyptian Medical Syndicate to seek his or her opinion. Programs must also verify guests' educational degrees.

Makram Mohammed Ahmed, chair of the Supreme Council for Media Regulation, claims that the new rules are aimed at dialing back chaos across the media landscape and containing the spread of information by questionable sources. He told Al-Monitor that the council wants to put an end to the airing of insults and offensive material and ensure that the professional media take into account the state’s interests. Thus, he asserted, information must be verified and rumors avoided.

Ten TV chairman Nishat Deihy believes the controls are important and necessary to regulate the media according to the constitution. “Anarchy has reigned over the media landscape in Egypt since 2005, which has resulted in a great deal of ambiguity and uncontrolled appearances,” he told Al-Monitor. “The state was absent.”

In 2005, parliament passed constitutional amendments that allowed for more political openness and for the direct election of the president. Anti-regime media outlets and websites proliferated.

As Deihy sees it, “The state has [now] embarked on legislative and institutional regulation,... which has resulted in controlled appearances and a regulated landscape in a reasonable manner.”

Mahmoud Khalil, who heads the journalism department at Cairo University, said the rules will not resolve the main problems of the media in Egypt. He believes the council has gone from being an institution guaranteeing media independence to being a regulatory body.

“The religious regulations are turning the talk shows into a mosque and the host into a graduate from Al-Azhar’s mass communications department,” Khalil told Al-Monitor. “Such regulations on talk shows neither guarantee their independence nor prevent interference from the media outlets’ owners or any other parties that would weaken the content and control what's being said.”

Khalil further stated, “The council’s priority should have been a law guaranteeing the free circulation of information and halting the merger of media outlets, which ended all types of competition. [The priority] should have been to allow hosts to freely choose the guests.”

Khalil did, however, concede that the new rules address some issues, such as “unqualified” media figures getting airtime. For instance, Saeed Hasaseen, a well-known pharmacist accused of fraud, emerged as a talk show host, although he'd never worked in the media.

In another instance, The New York Times revealed in 2017 that Hatem El-Gamasy, who appeared on Egyptian TV news programs as a political analyst specialized in US policy, was actually a deli owner in Queens. Though the story was flattering, and his insights seemed informed — he predicted that Donald Trump would win the presidency — some Egyptians felt that he had misrepresented himself.

Speaking to Al-Monitor, council secretary Ahmad Salim asserted that the new controls seek to regulate the media but do not impose censorship. He also indicated that more rules are forthcoming to resolve additional issues.

Hafez al-Mazari, a journalist, academic at the American University of Cairo and a media expert who appears on a number of outlets, said that such regulations do not exist in free countries and that those that have adopted them only seek to control the media.

Mazari further said that talk shows and hosts will not be able to present evidence to support the content they broadcast to the extent the council requires. “[These regulations] only seek to shut down the talk shows,” he said.