Although some in Tehran see a prime opportunity for talks, major obstacles still stand in the way. 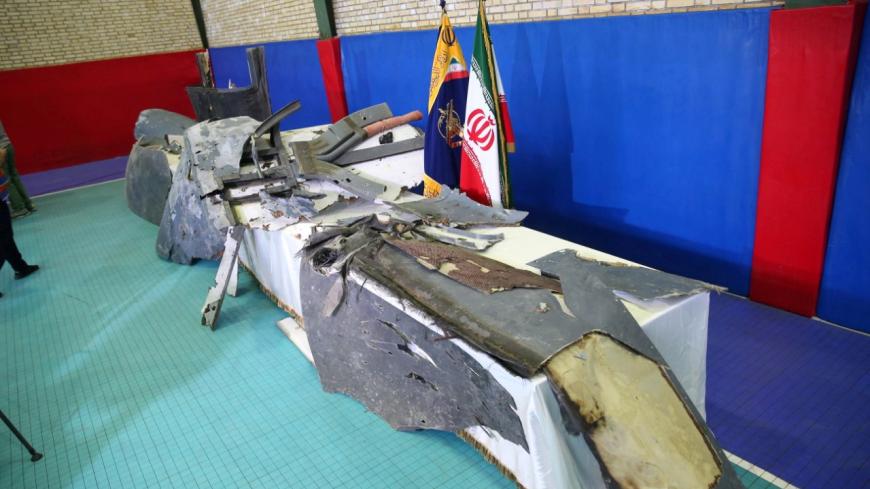 While many are worried about the heightening of tensions between Iran and the United States, analysts in Tehran believe the situation is ripe for negotiations.

Gen. Amir Ali Hajizade, commander of the Iranian air force, spoke June 21 about the operational details of the downing of the US “spy” drone. He said four warnings were sent to the United States before the drone was shot down in Iranian airspace.

“There was a US spy plane accompanying the drone with 35 crew onboard. [We didn’t fire at them [because] they left [our airspace] after our warning,” he added.

Hajizade’s remarks indicate Iran isn’t inclined toward war and only resorted to force when the drone entered Iranian airspace and didn’t respond to any of the warnings. Plus, it may also signal that Tehran’s red line is territorial integrity and it will respond militarily if it senses danger.

President Hassan Rouhani also emphasized June 23 that Iran targeted the US drone after warnings were ignored.

Hossein Kanani Moghaddam, a former Iranian Revolutionary Guard Corps (IRGC) commander, told Al-Monitor, “By not targeting the US spy plane, we sought to send this signal that we don’t want a war. Plus, our armed forces are smart, because if we had shot down the US plane with its crew on board, the United States could portray Iran as the beginner of war and could be able to form a consensus against us.”

He added, “Sending an ultimatum to the drone and the other spy plane to leave Iran’s airspace was done in order to declare that Tehran won’t be the one triggering the war. However, despite [President Donald] Trump’s repeated statements about the American army’s readiness, the recent events showed that Iranian military forces are robust and readier than Americans.” The former IRGC commander continued, “Trump is a gambler and would like to advance his plans by bluffing and betting. But we are like chess players; every action by us is based on calculations. Hence, chess players can win over gamblers.”

Meanwhile, some in Iran speculate the United States purposely entered Iran’s airspace to test the establishment in Tehran. Bijan Pirouz, a political science professor at the University of Tehran, described the mission of such drones as directed to “challenge the will and assess the consciousness of Iran’s military forces.” He told Fars news agency June 23, “The United States had no doubt that Iran could intercept the P8 spy plane; therefore, after receiving the warnings, the plane distanced itself from the region.” He added that Washington thought Tehran didn't have the ability to intercept a Global Hawk drone.

At the same time, Iran may have sought also to convey this message to the world that had it been behind the attacks on the oil tankers in the Gulf of Oman, it would have announced it publicly. On that issue, Gen. Mohammad Baqeri, head of Iran’s armed forces, stated June 17, “We are courageous enough to claim responsibility for our actions and would declare it [if we do something], and we would accept its repercussions.”

Moghaddam stated, “Iran’s armed forces act under the leadership and commandership of the [supreme] leader, and they don’t commit anything arbitrarily. Whatever we do, we will announce it. By targeting the US drone, which was flying over Iran’s airspace, we defused US plots for portraying Iran as the destabilizer of the Persian Gulf.”

Meanwhile, Trump has expressed appreciation toward Iran for not shooting down the US plane while calling for negotiations — a statement that further confused Tehran more about what is happening in the White House.

Fereidoun Verdinejad, a press adviser for Iran’s presidential office and who — along with Rouhani — attended the Robert M. McFarlin talks in Tehran in the 1980s, noted June 23 that Tehran doesn’t see any “proof” to reach a final conclusion on whether the White House has decided to have an “equal” and “logical” relationship with Iran.

“Trump doesn’t want war, as he is concerned about the US presidential elections and, therefore, seeks to have a peaceful achievement regarding Iran,” he added.

While Trump may not want war with Iran, tightening the noose around Iran’s neck based on the “maximum pressure” campaign may lead to further escalation of tensions, as it may leave Tehran may with no other options.

Fereidoun Majlesi, a former senior diplomat in Iran’s embassy in Washington, DC, before the 1979 Islamic Revolution, told Al-Monitor, “I believe the United States has a tendency to decrease tensions publicly, but tensions will heighten with the United States surrounding Iran, and more sanctions will be applied every day.” Majlesi added, “This is a trap by hawks surrounding Trump to provoke Iran to begin the war, and Trump may not want this. But by letting Bolton and figures like him determine Iran policy, he has actually gone forward with it.”

“Trump implies that he wants to de-escalate, but he has already waged a war against Iran. A war doesn't necessarily mean bombing; the economic sanctions have been designed to weaken Iran over time,” Majlesi said, warning that any further escalation and pressure will have unclear results.

Meanwhile, some are arguing that since Iran isn’t placed in a weak position anymore, it is a suitable time to start talks with Washington.

Commenting on the impact of Iran’s decision to down the US drone, Rahman Qahreman-pour, a prominent Iranian analyst, said June 23, “It is likely that the United States has reached this conviction that Tehran’s determination for fulfilling its threats is serious and, therefore, a path for diplomacy and exiting the current standoff may open.”

In an interview with Al-Monitor, Nosratollah Tajik, a former Iranian ambassador to Jordan, noted the current atmosphere is ripe for negotiations. He said, “We should enter talks with the United States based on the JCPOA (Joint Comprehensive Plan of Action), but this should occur after receiving an international guarantee that the United States will not go back on its words.” He added, “The problem here is that Trump doesn’t decide logically and he makes contradictory remarks, and Iran can hardly trust him and his government.” However, Majlesi opined that while the current circumstances are prime for new talks, Iran may not accept negotiations as Tehran and Washington have disagreements on principles.

Nonetheless, Iranian presidential adviser Hesamodin Ashena has indicated that the removal of sanctions is Tehran’s precondition for any talks, stating that US economic pressure will lead to war and “if you don’t want war, you should think about [lifting] the sanctions.”